Newcastle hosted Sheffield at St. James’ Park. The visitors had the chance to go 5th in the table with a win – a spot which might even book them a ticket to the Champions League for next season. 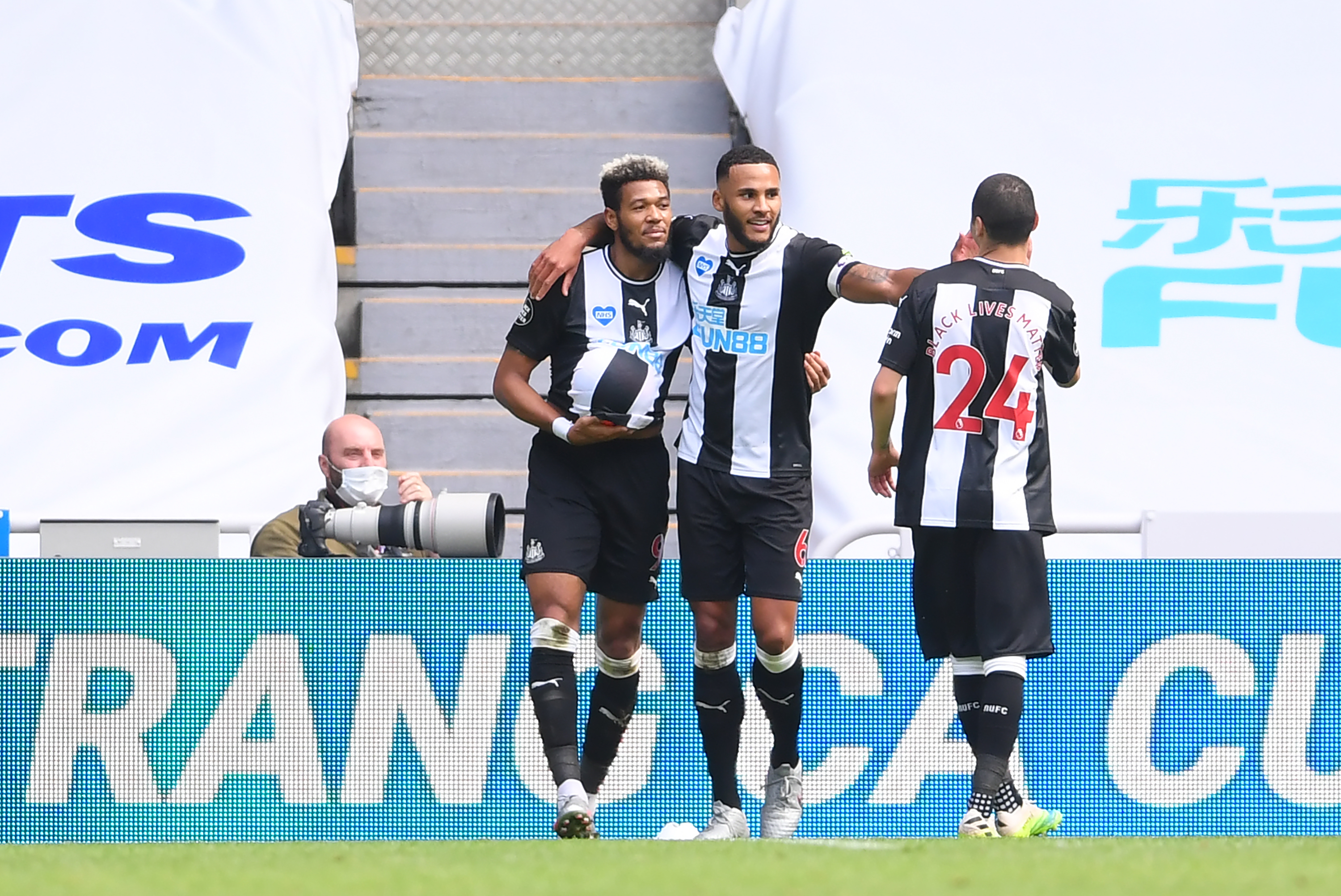 It was an even match at the start, and Ritchie had the first notable shot on goal in the 12th minute, as he let one fly from range and forced Henderson to dive to his left to keep it out.

5 minutes later, Almirón played Joelinton through after a quick counter, but the Brazilian’s finish was very poor.

The second half started off badly for Sheffield, as they went a man down within 5 minutes. Egan saw a second yellow for holding Joelinton, after picking the first up in the first half for getting into verbal joust with the Brazilian.

4 minutes later, Stevens made a hash of clearing Ritchie’s cross, and Saint-Maximin made the most of it, giving his side the lead.

Then, in the 58th minute, Sharp found Baldock with a cross-field ball, and even managed to get on the end of the cross, but he failed to hit the target.

A minute later on the other end, Saint-Maximin found Almirón with a low cross, but the Paraguayan hit his shot straight at Henderson.

After the cooling break, Ritchie found some space down the left, and absolutely smashed one into the net from 25 yards out, making it 2-0.

Then, in the 73rd minute, Sharp pulled one back for Stevens on the edge of the box, but the Irishman skied it.

5 minutes later, Almirón found Joelinton with a low ball across the box, and the Brazilian finally got a goal.

So, it ended 3-0 to the hosts, who bagged a convincing victory.

Newcastle tried to drop and defend against Sheffield rather than pressing. For attacks, they tried to draw Sheffield in during set-pieces, and then hit them on the break using the pace of Almirón and Saint-Maximin. They changed that after going a man up though, and looked to keep possession thereafter.

As always, Sheffield looked to use the width of the pitch with their wing-backs, and sometimes even pushed their centre-backs forward.

Martin Dúbravka – Looked alright in goal, but had little to do. 6

Javier Manquillo – Good in defence, but had no attacking impact. 5.75

Federico Fernández – Had a few troubles with Sharp, but was good apart from that. 6.25

Jamaal Lascelles – Solid at the back, as he repelled a lot of crosses and kept things tight. 7

Danny Rose – Battled well against Baldock, and got the better of him most of the time. 6.5

Matt Ritchie – Looked great on either flank, and got a great goal and an assist in the end. 7

Isaac Hayden – Good in midfield, and he will be credited with an assist for Ritchie’s wonder-goal. 6.75

Jonjo Shelvey – Didn’t have a major impact on either end, but he was decent in midfield. 5.75

Allan Saint-Maximin – Looked great on the counter-attacks, as he threatened with his pace and dribbling. Scored a good goal too. 7.75

Miguel Almirón – Was very threatening on the breaks, as he drifted to either flank, and made a menace of himself thanks to his pace. Got a handy assist too. 7.5

Joelinton – Worked extremely hard in attack, and though he missed a great chance in the first half, he kept his head up, and scored a goal late on. Got Egan sent off too. 7.5

Team – Newcastle totally deserved the three points after a brilliant performance. They kept Sheffield away from their goal in the match, and created a few chances too. After going a man up, they dominated possession, and scored three good goals, earning an important victory. 6.5

Dean Henderson – Made a few decent saves, but arguably could have done better to prevent the first goal. 5.5

Chris Basham – Solid at the back, as he tried to keep his defence together. Couldn’t do too much after losing a compatriot, though. 6.5

John Egan – Looked alright in defence, but picked up a very needless yellow card in the first half; one that saw him sent off after picking up another in the second. 4

Jack Robinson – Alright defensively, but didn’t help Stevens as much as he should have. 5.5

George Baldock – Got far forward in attack, and delivered some good crosses too. However, he did nothing to help his defence. 5.75

Sander Berge – Looked alright in midfield, but had no impact on either end. 5

Oliver Norwood – Made a few loose passes in midfield, as he looked a bit shaky. 4.25

John Fleck – Decent in the middle, but had no major impact except the two chances he created. 5.25

Enda Stevens – Looked alright down the left, but made a huge blunder which led to the opener. 4

Oli McBurnie – Tried to link things up in attack, but failed to do so. 5.5

Billy Sharp – Worked extremely hard up front, as he made a couple of decent chances, but failed to make them count. 6

John Lundstram – No major impact after coming on. 4.5

Team – Sheffield didn’t look good on this occasion. They started off well, but then began to concede chances on the counter-attack. They failed to create too many chances either, and looked poor after going a man down. Their defence didn’t look as solid as it usually is, and they have a lot to work on before they face Manchester United. 4.5

David Coote got most of his calls right, but Egan’s first yellow card can be debated about. He was alright, though. 6.5

Newcastle jump two places up to 12th place, and are now 11 points clear of the bottom-three. Things look good for them now.

Sheffield miss the chance to go 5th, and instead remain in 7th place, two points adrift of Wolves and United, who they will be facing next.