Everton faced Liverpool at Goodison Park for a Merseyside Derby which could bring Liverpool a step closer to the title. 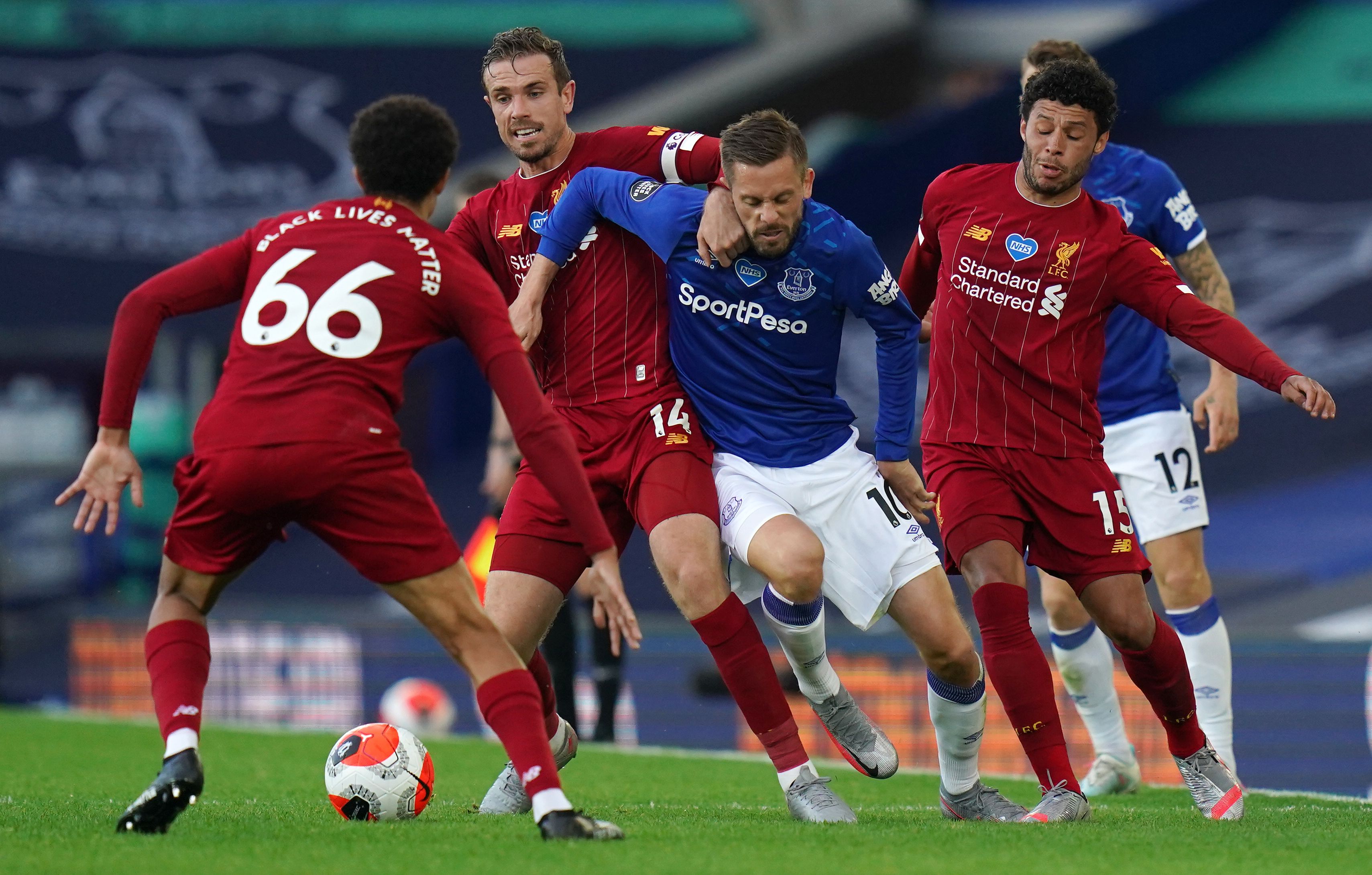 After a low-key start, Liverpool had the first big chance in the 34th minute. Minamino nicked the ball off Gomes, and Henderson found Mané, who left it for Firmino. The Brazilian tried to find the bottom corner from the edge of the box, but his shot went wide.

Everton had the best chance in the 80th minute, when Calvert-Lewin’s flick was kept out by Alisson. The ball fell to Davies, whose shot was deflected onto the post by Gomes.

Nothing much took place thereafter, and so it ended 0-0 at Goodison Park.

Surprisingly, Everton looked to play out from the back in the first half, in a bid to stay in the game. They defended very well too, as they were compact and organised. Their attacks relied on breaks, obviously.

Liverpool didn’t look like they had any plan to break Everton down, and seemed slightly surprised by Everton’s defensive discipline. Like the match against Atlético, they turned to Alexnader-Arnold to deliver a truckload of crosses, but this time, they failed to score.

Jordan Pickford – Wasn’t tested too often, but he did well in goal. 6.5

Séamus Coleman – Brilliant in defence, as he didn’t let anyone past him down the right flank. 7.75

Mason Holgate – Great at the back, as he made a lot of challenges and clearances to earn the clean sheet. 7.5

Michael Keane – Solid performance, as he helped Holgate at the back. 7

Lucas Digne – Very strong down the left, as he kept the wingers quiet. 7.5

Alex Iwobi – Helped his defence well, but had no attacking impact. 5.75

Tom Davies – Decent in midfield and gave some good defensive support too. Didn’t do too much up ahead but had a big chance in the 80th minute. 6

André Gomes – Battled hard in the middle of the park to earn a point, but did nothing in attack. 6.5

Anthony Gordon – Decent down the left, but he didn’t help his defence in any way. 4.75

Dominic Calvert-Lewin – Worked his socks off up front, but was isolated for most of the time. Created a couple of decent chances too. 6.75

Richarlison – Dropped in behind Calvert-Lewin, and had a couple of good opportunities in front of goal, but he failed to make them count. 6.25

Gylfi Sigurðsson – Helped his defence after coming on, but did nothing up front. 5.5

Team – Everton had a great match-plan, and were very well organised as well. They didn’t allow Liverpool any major sights of goal, and looked good on the counter, coming as close as the post. They worked industriously too, and thoroughly deserved a point. 6.5

Alisson Becker – Largely a spectator, but he did his job when he was called into action. 6

Trent Alexander-Arnold – Had little to do defensively, so he went forward and delivered an array of crosses, most of which did not find a teammate. 6

Joël Matip – Didn’t have too much to do at the back, but he was good. Picked up an unfortunate toe injury too. 6.5

Virgil van Dijk – Had very few things to do in terms of defence, but his distribution was good. 6.75

James Milner – Didn’t do anything substantial, and had to go off before the end of the first half due to some sort of hamstring problem. 4.25

Jordan Henderson – Failed to have any attacking impact, but was alright in midfield. 5.25

Fabinho – Screened his defence well, as he broke down a lot of Everton’s attacks. Battled hard against Richarlison in particular. 6.75

Naby Keïta – Linked up well in midfield, but he had little attacking impact. 5.5

Takumi Minamino – Worked hard down the right, but he failed to make things happen. 4.75

Roberto Firmino – Saw little of the ball up front, and only had one chance worth speaking of. 4.5

Sadio Mané – Good in both attack and defence, as he created a few chances and made some recoveries, but he lacked an end-product. 6.5

Joe Gomez – Looked fairly at home down the left, and went far forward in attack too. He just failed to deliver some good balls into the box. 6

Alex Oxlade-Chamberlain – Had no impact down the right. 4.25

Georginio Wijnaldum – Didn’t manage to do too much after coming on. 4.5

Divock Origi – Did nothing except picking up a yellow card. 4.25

Team – Liverpool’s performance was totally lacklustre, as they had no incision in the final third. Despite having 70% of the possession, they didn’t make Pickford do any work. In fact, they were even caught out on the break at times. They’ll easily win the league, but they have to work on their match-sharpness if they want to bring back their brand of attractive football. 5.75

Mike Dean himself probably didn’t expect such a straightforward derby, but he won’t mind. 7

Everton move back up to 12th with the point, and are 6 points away from Europe.

Liverpool extend their lead to 23 points, although it could be reduced to 20 if City beat Burnley.