Neymar cites racism as 3 PSG players sent off in defeat 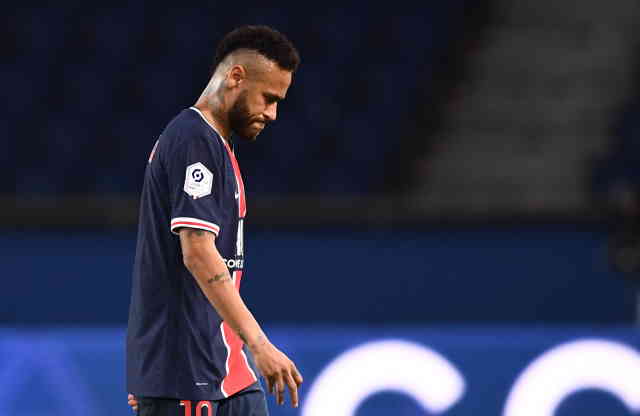 Olympique Marseille won Le Classique for the first time in nearly nine years as their Sunday night game versus Paris Saint-Germain ended in a brawl that saw five players sent off.

In the match itself, saw Neymar and Angel Di Maria back in the starting lineup following their coronavirus self-isolation that saw them miss the 0-1 loss to RC Lens on Thursday.

The Brazilian superstar missed a free header in the first half after Steven Mandanda made an incredible save to deny Marco Verratti’s header from close range.

Marseille took the lead on half hour when Dimitri Payet’s free kick picked out Florian Thauvin to volley home from close range.

Mandanda denied Pedro Sarabia and Neymar with his feet in the second half before the match ended in controversy.

It had been bubbling for a while before Marseille’s Dario Benedetto psuhed Leandro Paredes in the back before contesting for a high ball. The Argentinian reacted by shoving over his opponent which sparked a brawl.

Full-backs Layvin Kurwaza and Jordan Amavi were both shown red cards for kicking each other whilst Benedetto and Parades followed for their actions which started the major incident at the end of the game.

Referee Jerome Brisard then inspected VAR, which picked up Neymar slapping Spaniard Alvaro Gonzalezz in the back of the head, and the world’s most expensive became the fifth recipient of the red card in the eighth minute of stoppage time.

As Neymar was leaving the field, he announced to the camera that he had been a victim of racism by Marseille defender Alvaro Gonzalez, and then took to Twitter after the game to ask the French authorities to find footage of the Spaniard using racist remarks;

“VAR catching my “aggression” is easy … now I want to see the image of the racist calling me “MONO HIJO DE PUTA” (monkey motherfucker) … that I want to see!
What’s up? u punish me .. Am expelled for a slap on the head… what about him? What’s up?

Paris Saint-Germain head coach Thomas Tuchel appeared not to defend his own player after the game, saying:

“[Neymar] told me it was a racist insult, but I didn’t hear anything on the pitch”

Marseille defender Alvaro Gonzalez took to Twitter after deny the allegations made by the Brazilian forward, saying:

“There is no place for racism. Clean career and with many colleagues and friends on a daily basis. Sometimes you have to learn to lose and take it on the field. Incredible 3 points today.”

We shall now have to wait and see what investigations the French Football Association carry out and whether further sanctions are implied to the players moving forward.

As for Paris Saint-Germain, they host Metz on Wednesday with both teams looking to collect their first points of the new season.