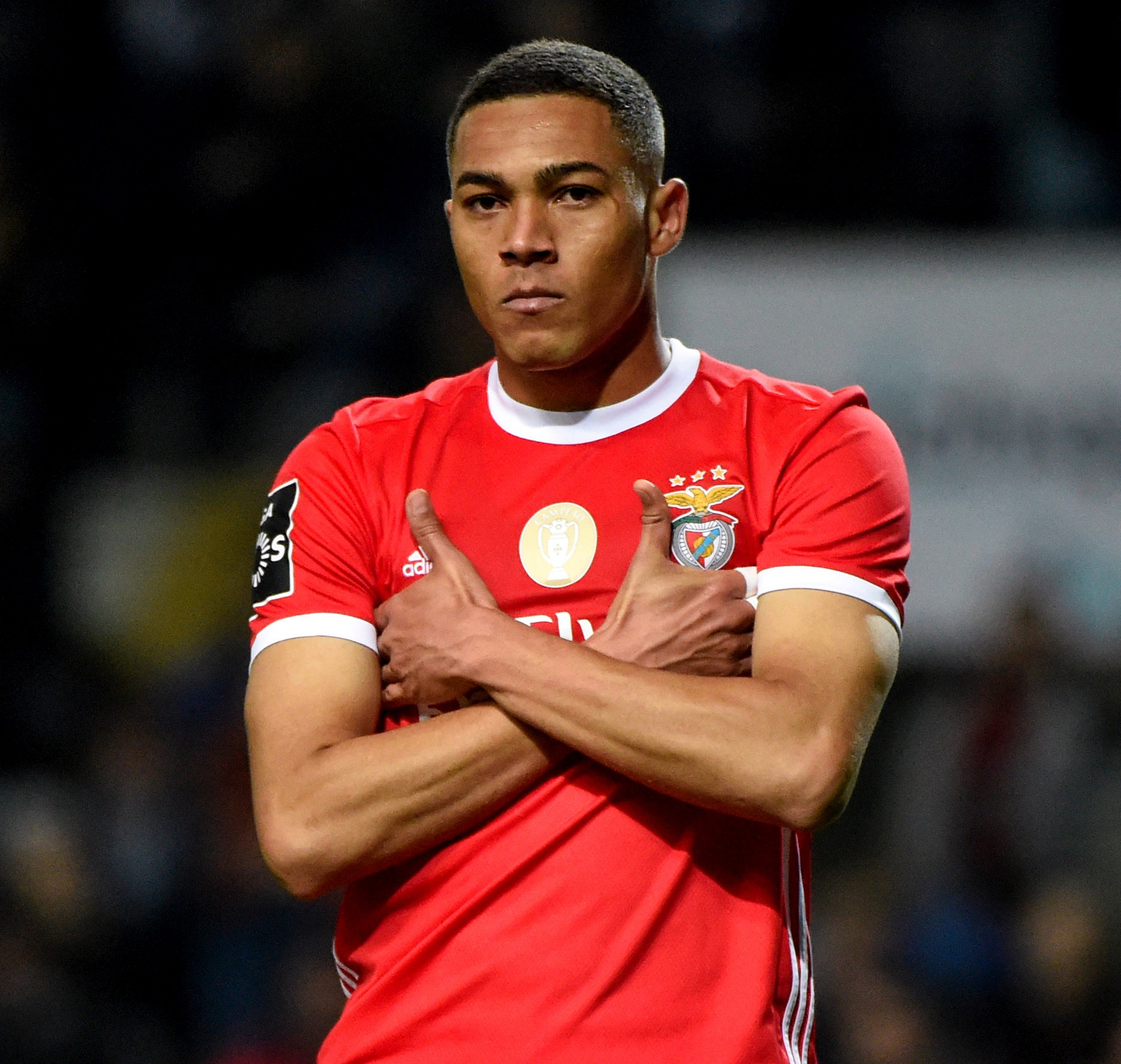 According to Tottenham Hotspur correspondent for Football London, Alasdair Gold, Benfica have now officially confirmed that they have agreed to loan Carlos Vinicius for the rest of the season.

The deal also includes an option to buy the Brazilian striker for around £36m and he is expected to be at Tottenham’s Hotspur Way training complex in Enfield on Friday for his medical ahead of the move.

Reports from Football London also states that Vinicius’ work permit will not be an issue and the Brazilian’s move to Tottenham could be completed before Sunday’s game against Manchester United.

However, he will not be eligible to play in the game. Instead, he would be training with the team during the two-week international break before making his debut.

Vinicius joined Benfica from Napoli for £15m last summer and has been a top target for Tottenham and Mourinho who have been in search for a back-up striker for Harry Kane.

The 25-year-old scored 24 goals last season for Benfica and became a target for some of Europe’s biggest clubs, including Italian giants Juventus and Inter Milan.

Asked about the deal after Tottenham’s victory over Maccabi Haifa in Europa League qualifying, Mourinho chose to keep his lip sealed than give attention to unconfirmed news.

Sky Sports reports that the Portuguese manager answered: “No, I want you to ask me that question when it’s confirmed.

“Nobody told me it’s done so I’m going to respect the situation, respect the player, respect Benfica and wait a little bit more. Next time we see each other maybe I’m in conditions to answer.”

Earlier on Wednesday, Mourinho had told the press he was optimistic of signing a striker before the summer transfer window closes on October 5.

“I am optimistic, but more than that the feeling that I like is that we are trying everything to do it,” he said.

“You succeed or you don’t succeed. It’s like a football match: you win or you don’t win but you give everything and try everything. The transfer market is the same.

“I like the feeling that my club is trying to do everything for us and for the team, that’s the most important thing for me.

“If we succeed then great – I believe so – but if we don’t then that’s football.”

Mourinho concluded that any new arrival this week would be unlikely to play in the Premier League game against Manchester United on Sunday.