This week I and fellow blogger 5stars will be featuring two players from the Premier League for the 27th time. Both of these players are England internationals and are vying for a place in Fabio Capello’s World Cup squad, first up is Chelsea midfielder Frank Lampard…

Frank Lampard started his career with West Ham as he progressed through the youth ranks into the first team. Around the 1990’s West Ham were producing some top new English talent, which included the likes Frank Lampard, Joe Cole, Rio Ferdinand and Michael Carrick. However it was Lampard along with Ferdinand who progressed earlier than the other two, Lampard made his senior debut in the year 1995 and while in his first season with the Hammers, the England international was loaned out to Swansea City. Lampard finished his loan spell in the year 1996 and from then on he spent another five years at Upton Park, featuring 149 times and scoring 24 goals in the process. In the year 2001, Frank Lampard switched clubs as he decided to sign for fellow Londoner’s Chelsea, and ever since he moved clubs Lampard has established himself as a World Class player.

Lampard started the 09/10 campaign in slow fashion, as he struggled to find the net for Chelsea at the beginning of this season. Lampard failed to score for Chelsea for around a period of two months; however he was able to break his duck by scoring one of four goals in the Champions League win over Atletico Madrid. Goals started to come more fluently in the month of October, as he scored two goals in a 5-0 trouncing of Blackburn Rovers. On the other hand, Frank Lampard hit another bad patch when he failed to score in the month of November. Lampard was able to find the net again in the busy December period, as he bagged himself a number of penalties against mediocre opposition. This season Lampard has featured 26 times for the Blues scoring 12 goals throughout this season’s Premier League.

Lampard’s goals have helped Chelsea with their title charge, but half of his Premier League goals this season have been scored from the penalty spot. Frank Lampard has always been a penalty specialist ever since he joined Chelsea. This season he has scored six, one of which came against the club he started his lucrative career with, West Ham United. Also only this weekend in the heated game between Chelsea and Man City, Lampard scored two goals in a 4-2 loss, one of which came from the penalty spot.

Throughout his football career, Lampard has claimed many honours. All but one of his honours has been claimed while playing for Chelsea. His first honour was the UEFA Intertoto Cup, where he secured a final placed winners medal while playing for West Ham. However while playing for his current club, Frank Lampard has won the Premier League twice as a Chelsea player, also he has won the Carling Cup, Community Shield and the Fa Cup on two occasions as well. It looks highly likely that, Lampard will claim many more honours at the end of the season, as Chelsea are currently top of the Barclays Premier League and they also are the favourites to lift the Fa Cup.

The 31 year old has many individual honours beside his name, as he has won some high prized honours. Most notable on his list are the Uefa Club Midfielder of the Year 2005, England player of the year 04 and 05, he has also been named Chelsea player of the year on three different occasions plus he has been named in the PFA Premier League Team of the Year three times aswell. However the year 2005 was a sheer highlight in Lampard’s career as he claimed silver awards in the Fifa World Player of the Year and in the 2005 Ballon d’Or.

Lastly as the World Cup is fast approaching, Lampard will undoubtedly be one of England’s key players for the upcoming World Cup, however Capello will have to decide whether to play Lampard alongside Gerrard, a centre midfield partnership which has never quite worked while playing for their home country. Lampard could well have to be forced to watch most of the World Cup from the bench, unless Capello decides to play Gerrard in a wing or an attacking midfield role. For the the senior national team, the midfielder has featured over 70 times scoring 20 goals for his country. Overall, hopefully Lampard can help his national side to 2010 World Cup glory, also for his current club Chelsea, Frank Lampard will be one of the key assets over the next three months, as Chelsea are looking to claim the treble. 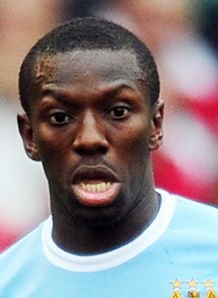