The winger is currently attached to Premier League side Wigan Athletic. N’Zogbia primarily plays on the left side, often deployed at left back or the left wing.
Before transferring to Wigan in the January transfer window in 2009, N’Zogbia had been part of the Newcastle United team for five years.
The Frenchman was signed at the age of 18 from youth club Le Havre. Following his transfer, N’Zogbia became a hit with the Toon, instantly becoming a fan favourite.
It was not until the 2005-2006 season that N’Zogbia had established himself as a first team regular. His impressive performances led to the Frenchman totalling 41 appearances in all competitions for the club. N’Zogbia in action for Wigan Athletic.

Over the course of his Newcastle career, N’Zogbia played under several managers. In 2007, Glenn Roeder was in charge and N’Zogbia saw his appearances limited as the manager preferred fellow left winger Damien Duff.
However, with the sale of Damien Duff and the departure of Glenn Roeder, N’Zogbia regained his first team spot under the guidance of new manager Sam Allardyce.
The current manager made it clear that N’Zogbia had a part in Newcastle’s future under Sam Allardyce’s management. However, in December 2008, the Frenchman announced his desire to leave Newcastle in search for a ‘higher level of football’. A month later, and N’Zogbia’s wish came to reality as the 23 year old transferred to the DW Stadium for a £6 million fee. N’Zogbia signed for Wigan from Newcastle for £6 million.

Since N’Zogbia transferred from St James’ Park, the Frenchman to date has featured 39 times for the club. An ever present at left back and left wing, N’Zogbia has assisted the side a handful of times from his set pieces.
As of date, N’Zogbia has contributed four goals for Wigan, as they remain in the bottom half of the table.
N’Zogbia’s performances for both Newcastle and Wigan have earnt him call ups to the France Under-21’s. He has currently represented the Under-21’s thirteen times.
With his performances for Wigan improving all the time, and at the age of only 23, N’Zogbia will be looking to keep his first team place in a bid to reach the France senior team. N’Zogbia against Fulham in the Premier League. 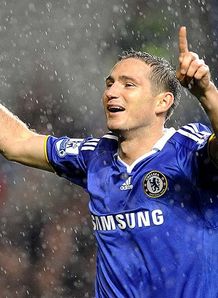