The midweek profile of the Goalkeeper Special comes a couple of days late due to circumstances out of my control. So, the profile will be looking at Bolton Wanderers and retired Finland International, Jussi Jaaskelainen.

Jussi Jaaskelainen is currently attached to Premier League side Bolton Wanderers having spent the past 13 years at the club.
The Finnish goalkeeper originally started his career in his home town of Mikkeli, playing for the Mikkeli Palloilijat club where he quickly became the number one goalkeeper.
Jaaskelainen then signed for the Finnish side, Vaasan Palloseura, before two seasons later, he was bought by Bolton Wanderers.

The Finnish goalkeeper has been at the Trotters for 13 years.

Soon after his arrival at the Reebok Stadium, the 35 year old quickly established himself as the number one goalkeeper, similar to his time at his first club, Mikkeli Palloilijat.
In only his second season at the club, Jaaskelainen received the award for ‘The Best Goalkeeper in the League’ from the sponsors, Barclay.
As well as this, the Finnish shotstoppers performances and goalkeeping credentials have earned him Bolton’s Player of the Year award and Player’s Player of the Year award.
Jaaskelainen is often praised for his fantastic shotstopping and great reflexes. He is also known for his penalty saving, which includes a penalty save against former Manchester United striker Ruud van Nistelrooy.
To this day, the Bolton goalkeeper has featured 467 times in all competitions for the Trotters. Jaaskelainen in action against Dimitar Berbatov.

Jaaskelainen has represented his country 55 times starting from 1998. However, in October 2009, the shotstopper announced his retirement from International Football, in a bid to prolong his club career with Bolton. Jaaskelainen featured 55 times for Finland before retiring in 2009. 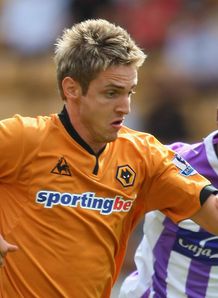