Today I bring you the Player Profile of Portsmouth player Nadir Belhadj, Belhadj is the 19th profile of our lucrative feature. On Wednesday 5stars will be profiling a Sunderland player(stated at the bottom of the blog) which of course will be the last of our first batch of players. Without further or do here is the Belhadj player profile…

The French born Algerian international started his trade in the French Ligue 1, as he started his career with Lens, however between the years of 1999-2003, the 25 year old failed to make an appearance. Belhadj then decided to move to Gueugnon where he was able to mass up a total of 36 appearances for the club. In the year 2004, Nadir Belhadj swapped Gueugnon for Sedan, while at Sedan the Algerian star was able to score  three goals in 65 appearances.

He then joined top Ligue 1 side, Lyon in the year 2006, however he didn’t feature very often as he only appeared nine times for the Les Gones. However, Belhadj switched clubs again, this time he rejoined Lens where he failed to make an appearance for the club, while in his first spell. On the other hand the Pompey player only spent one season with the club, as he featured 19 times without scoring a goal. Belhadj completed a loan move to Premier League side Portsmouth in the year 2008, with an option of a permanent deal. Belhadj decided to take that opportunity as he secured a permanent move to Pompey in the year 2009.

This season, Belhadj has established himself as a decent Premier League player. So far in the 09/10 campaign the Algerian international has featured thirteen times, eleven as a starter, and two as a substitute. Belhadj has also scored two goals this season, his first one was a bullet of a shot against Liverpool, as Pompey were able to defeat the struggling Merseyside club that day 2-0. Nadir’s second goal was scored in the 4-1 home defeat to Arsenal at the back end of December.

Belhadj also offers Portsmouth plenty of options. The 25 year old can play both left-back and left-wing, however Herman Hreidarsson provides stiff competition for the left-back spot. However Belhadj was surrounded by transfer speculation, as Portuguese side Benfica were rumored to be interested in him. Belhadj though has decided to stay put at Fratton Park, as he felt that he wouldn’t get much playing time at another club.

At the minute, Belhadj is currently away on international duty as he has been featuring for Algeria in the 2010 African Cup of Nations. Nadir Belhadj has picked up 42 caps for his country, and he has scored five goals while featuring for Algeria. Algeria were able to reach the knockout stages of the African Cup of Nations, and while they were participating in the group stages, Belhadj was able to feature in all their group games. Algeria were able to reach the Semi Finals, but Belhadj was unable to find the net throughout the tournament.

Also England could well come up against the Portsmouth player, as Algeria were one of three teams to be drawn against England for the 2010 World Cup. Belhadj will all but surely be on the Algeria plane, unless he drops out of favour, or gets injured while playing for Portsmouth. Overall Belhadj is a very good player, as he gives Portsmouth two options, he is also an international left-back with a lot of experience in the French Leagues. 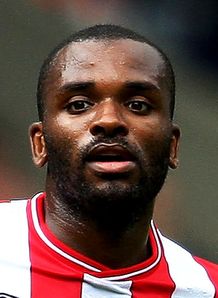