It’s the third round of the FA Cup and Notts Forest are the visitors to the City of Manchester Stadium on Saturday, as the underdogs try and cause a ‘cupset’. The FA Cup is sure to get hearts racing across the country as lower league little’uns are pitted against Premiership powerhouses. City have a history of being the victims of ‘cupsets’, notably in the last few years, when they have been defeated by Oldham and Chesterfield. Last season saw City knocked out by Sheffield United in a match that became infamously known as ‘BalloonGate’.

City boss Mark Hughes faces the tricky dilemma of whether to play a full-strength side, or play some fringe players in order to rest a number of key names. The Blues are boosted pre-match by the expected arrival of Chelsea and England left-back Wayne Bridge, who is likely to sign in the next day or so. This, in my opinion, is a fantastic signing for City as left-back has been one of our weakest position, despite the much improved Javier ‘His mum thinks he’s handsome’ Garrido. Nedum Onuoha is out with yet another injury, while Hughes is unlikely to want to play out-of-favour Israeli international Tal Ben-Haim, who has been linked with a move to either Blackburn or Sunderland. Stephen ‘Superman’ Ireland is a late doubt for the matchw ith a hamstring injury so Didi Hamann may be handed a rare appearance in the centre of midfield, while young English striker Danny Sturridge, who changed the game last week against Blackburn will be hoping to start up-front, either on his own, or alongside Ecuadorian goal-machine and battering ram Felipe Caicedo.

The visitors have just appointed former Derby manager Billy Davieas as their new manager, although he won’t be in charge for the game on Saturday. Forest are able to call on the services of experienced striker Robbie Earnshaw to provide a goal-threat alongside former Wycombe hitman Nathan Tyson. Lewis McGugan is a creative midfielder whilst Wes Morgan is a solid, no-nonsense defender. 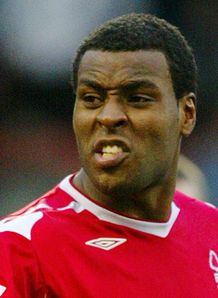 Not to be messed with

City to send out a strong side and to run home winners. 3 – 1 to the home side, with goals to be scored by Elano, Sturridge, Robinho and Earnshaw.