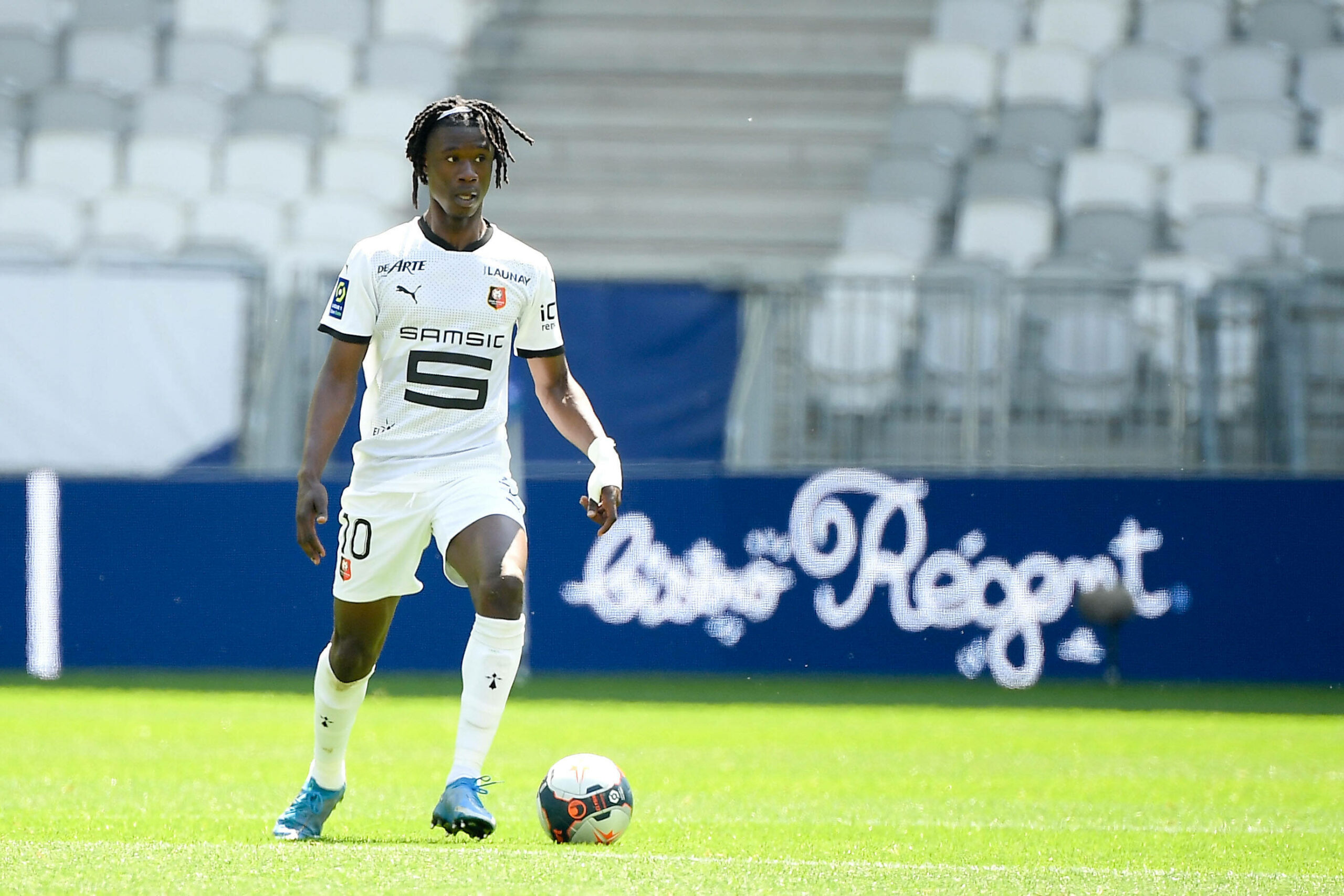 According to a report from the Guardian, Rennes are open to selling Manchester United target Eduardo Camavinga if they receive an offer of £25.7 million.

The 18-year-old’s current contract with the French club is set to expire next summer, and they face the prospect of losing their player for free next year.

The Red Devils are currently in the market for a new midfielder. They were linked with a move for West Ham United’s Declan Rice, but the Hammers were demanding around £100m.

However, United are now making progress in their attempts to secure the services of Camavinga who has the distinction of earning three caps for the France national side.

Ligue 1 giants Paris Saint-Germain are also credited with an interest in the talented midfielder.

Camavinga was impressive for Rennes last campaign, racking up 35 league appearances and scoring a goal.

THe Rennse academy graduate progressed through the ranks to earn his first professional contract aged 16 in December 2018.

He went on to become the youngest footballer to play for the French side’s first team when he made his debut against Angers in April 2019.

The youngster has made 82 appearances across all competitions for the Ligue 1 side, netting two goals and creating five assists.