Report: Liverpool may be planning a deadline swoop for Spurs goalkeeper after humbling defeat to Aston Villa 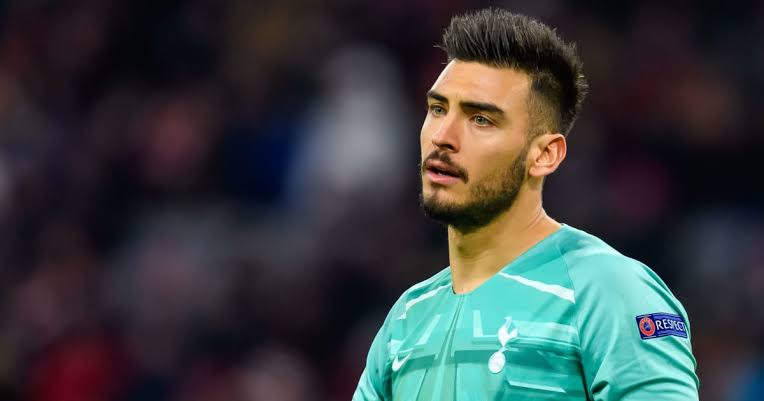 Following their unbelievable 7-2 defeat to Aston Villa at the Villa Park on Sunday night, it is now rumoured that Liverpool are considering a deadline-day swoop for Tottenham Hotspur goalkeeper Paulo Gazzaniga, according to sports journalist Kevin Palmer.

Aston Villa’s record signing Ollie Watkins scored a first-half hat-trick and captain Jack Grealish had a hand in five goals as Dean Smith’s side humbled the champions Liverpool with one of the most unbelievable scorelines in the history of the Premier League.

It is the first time Liverpool have conceded seven goals since 1963 and is only their fourth Premier League defeat since 3 January 2019, BBC reports.

Notably, Villa’s first goal of the day was the result of a costly mistake by the Reds stand-in goalkeeper Adrian, who passed the ball straight to Grealish, who cut it back for Watkins to slot in from eight yards.

Speaking after the match in his post-match conference, the Liverpool boss Jurgen Klopp did not fail to admit the first goal was purely an error from the Reds keeper who was standing-in for the injured Alisson Becker.

The strange result is yes, because Aston Villa played really well, but on the other side because we did in different areas particularly bad. That helps obviously not.

Tonight, pretty much everybody made massive mistakes around the goals. The first one was obviously Adrian; that was a big mistake, yes, but the reaction on the goal was an even bigger mistake, how we reacted.”

Ahead of the game at Villa Park, the Liverpool manager had given an update on Alisson’s injury, stating that the Brazilian won’t be ready even after the two-weeks international break and will be out for a couple of weeks, according to Sky Sports.

Until Alisson’s arrival, the goalkeeping position has been one that has caused Liverpool a great deal of angst for much of the last decade.

With Alisson’s latest injury scare, and Adrián not proving to be fit for the job with Kelleher being considered for a loan move, a new goalkeeper may just be on his way to Anfield before the transfer deadline.