An amazing, brilliant, classy, delightful, enjoyable, fantastic, gritty … etc performance from City this evening at the Veltins-Arena  earned them a much deserved 2-0 defeat of a strong Schalke 04 team. Despite creating a couple of chances, the German side will be the first to admit they had been outplayed by a City side missing star player Robinho. The Brazilian superstar was joined on the sides by fellow midfielder Elano, who remained at home after the birth of his child, and Argentinean full-back Pablo Zabaleta. These absentees forced boss Mark Hughes into a defensive reshuffle with Micah Richards moving from centre-back to right-back, and defensive midfielder Vincent Kompany dropping back into the centre of defence to partner captain Richard Dunne. This tactical masterpiece meant that Israeli international Tal Ben-Haim, who was expected to replace Zabaleta, remained on the bench. Homegrown academy striker Danny Sturridge was also handed a start on the left of an attacking front three. 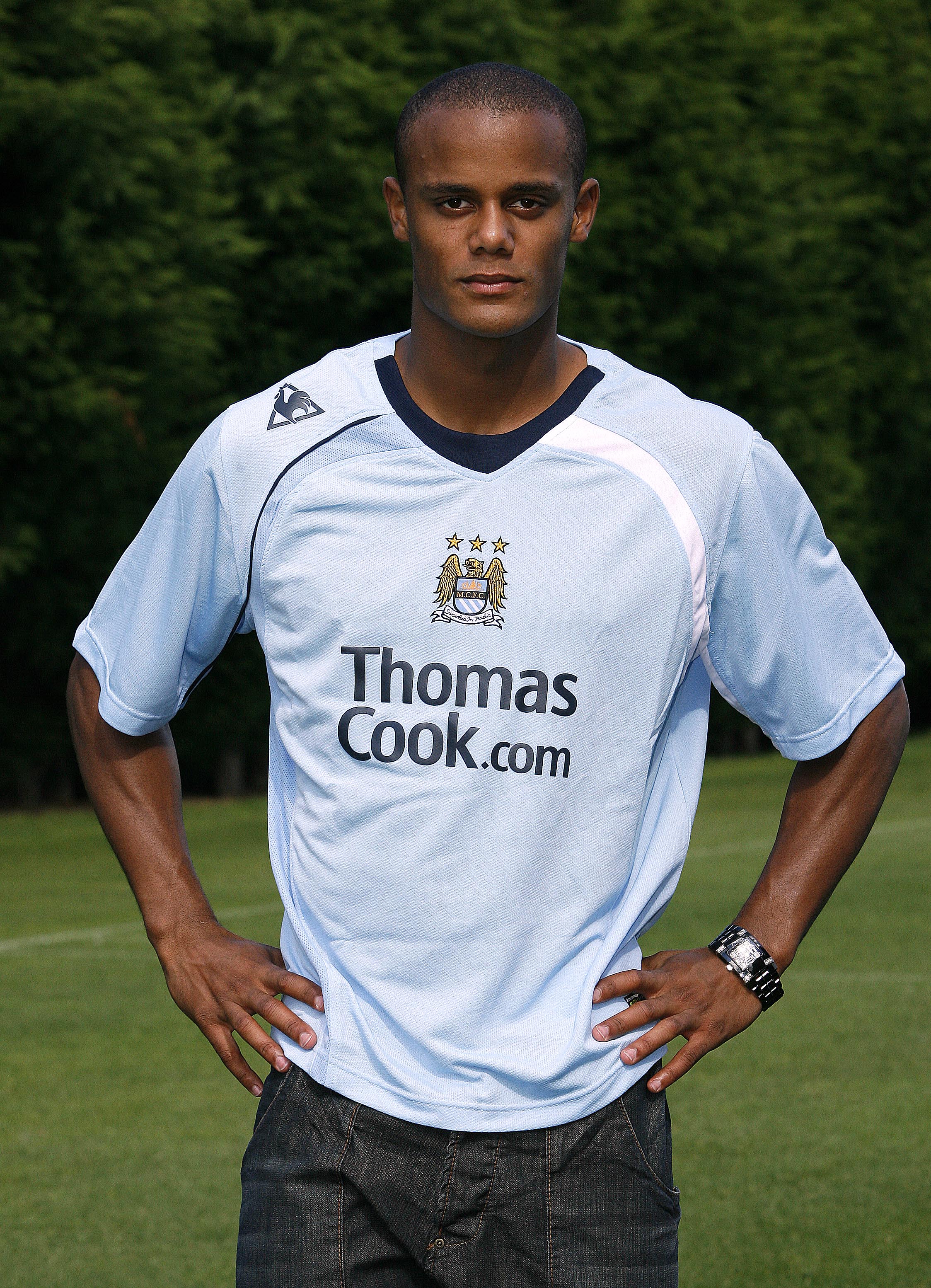 The home side began brightly and they fashioned out a couple a decent chances for Jermaine Jones (yes, he is German despite a name which suggests he should be playing for Stockport) which were comfortably saved by Joe Hart. At this early stage, it seemed as if Hughes’ reshuffle at the back had unsettled the Blues, but gradually City gained a foothold in the game through the experienced figure of Dietmar Hamann, who, despite his age and nearly non-existent movement, keeps the play simple and dictates the tempo of the game.

As the half wore on, the visitors created a couple of attacks themselves. The galloping Richards saw his cross snatched out of the air by Manuel Neuer in net with both Vassell and Sturridge waiting for an easy tap-in. Then, just after the half-hour, a crucial interception by Kompany allowed the centre-back-for-the-day to carry the ball past two men and lay it off for Sturridge on the left. He, in turn, cut back past one defender and crossed the ball into the box, where it was cleared by Schalke’s left-back but only to the feet of Zimbabwean striker Benjani who promptly dispatched it into the back of the net for his second goal of an injury-ridden season.

City made one change at the break with injured, Spanish full-back Javier Garrido being replaced by the returning Michael Ball. The second period started slowly, but City were beginning to exert their authority on the game, with the ever improving Stephen Ireland, who had a goal disallowed correctly in the first-half for offside, in the thick of the action. The Blues then scored a deserved second when a clearance by a Schalke defender fell into the path of the afore-mentioned Ireland, who calmly stroked the ball under the advancing Neuer. This goal gave City the cushion they desired and allowed them to sit back and protect their lead.

Nothing much happened in the rest of the half except for a superb point-blank reaction save from Hart when substitute Gerald Asamoah headed the ball goalwards from about two yards out. City closed out the game with ease, and now top group A with six points from two games, whilst Schalke have six from three.

Hart – Fantastic in everything he did. Kept City in game in first half with saves from Jones – 8

Richards – More comfortable than in the centre of defence. Got forward well – 8

Kompany – Looks a quality signing. Assured on the ball and won everything in the air – 9

Dunne – Back to his best in last couple of games. Marshalls the defence like a captain should – 8

Ireland – Once again was superb. Got forward at every opportunity and is player of the season so far – 9

Sturridge – Came in for Robinho and was more than able deputy. Was bright especially in first-half and set up Benjani’s goal – 8

Benjani – I’m not his biggest fan, but today he was brilliant. Worked hard on his own up front, but must watch offside more carefully – 8

Ball – Fitted in without any trouble – 7

Jo – Came on with about five minutes to go, and I don’t think he touched the ball!! – 6

Men of the Match: Vincent Kompany and Stephen Ireland