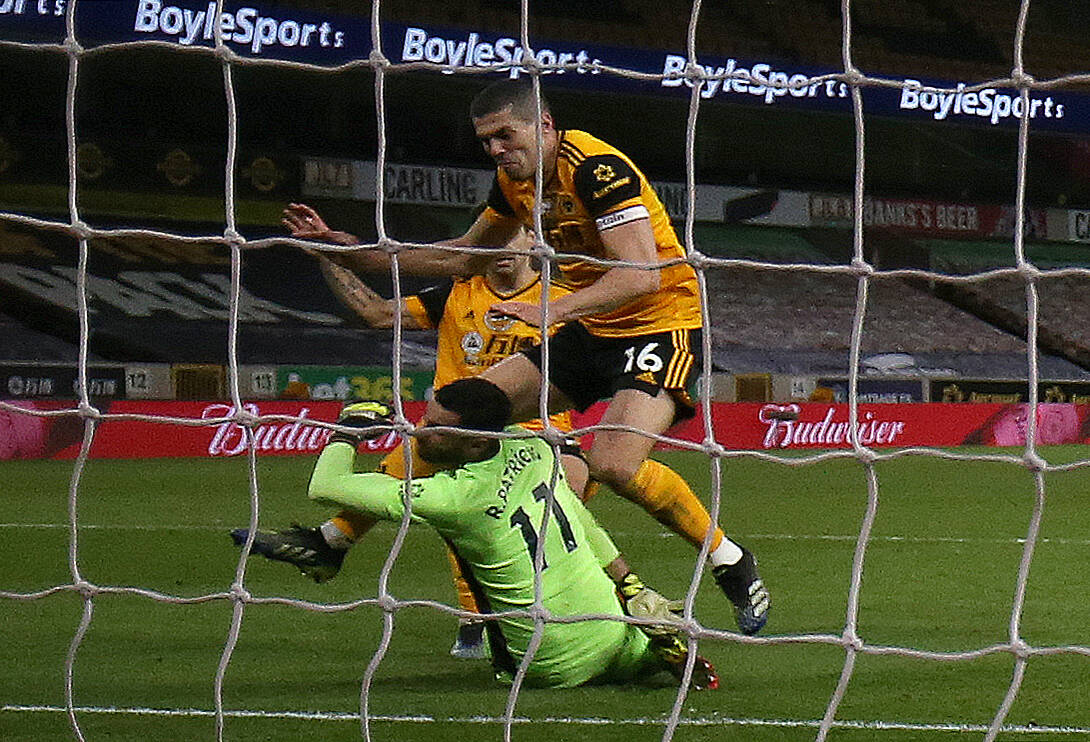 It’s the 86th minute at Molineux, and Alex Oxlade-Chamberlain is gliding through the Wolves midfield at speed.

The Liverpool substitute makes the most of the tired legs of the host side and uses his pace to open the space up inside the final third for Mohamed Salah to burst through on goal, and coolly finish past Rui Patricio with a trademark finish that Premier League fans have become accustomed too from the Egyptian winger, seemingly rounding off a 2-0 win for the reigning Premier League champions.

Yet as soon as the ball hits the net, the linesman’s flag was up, as part of the new protocol to allow play to continue in goalscoring opportunities to allow VAR to do its thing.

But once the goal was ruled out by the linesman, with TV replays showing that Salah was well offside even without the assistance of technology, Rui Patricio was down in a heap, clutching his head and seemingly out with the fairies, and previous scars had been re-opened for Wolves.

A familiar episode for Wolves

The Portuguese international had dived in low to react to Salah’s goal-bound shot, yet the Wolves captain, Conor Coady, who was also trailing the Liverpool attacker as he broke into the penalty area, collided his knee into the head of the former Sporting Lisbon shot-stopper, knocking him out cold.

Immediately, physios and an oxygen mask are brought onto the pitch as a 15-minute delay saw Rui Patricio stretchered off the pitch and leaving Wolves and the football world holding their breath, for the memories of Raul Jiminez’s injury against Arsenal earlier in the season, which left the Mexican striker with a fractured skull, remains fresh in the mind for those who saw it.

Whilst those 15 minutes played out at Molineux, a debate was already raging on social media and has extended into this week, with former players, referees and pundits all giving their two cents on the matter, that conversation being would Rui Patricio’s concussion even had happened if the linesman raised his flag the second Salah touched the ball?

Before this season, that was the common rule with offsides. You’re offside the second you touch the ball in an offside position and the linesman raises his flag, yet with the introduction of VAR, and the lessons and adaptions that are coming with that, the rule was changed so a linesman flag is now raised once an action is committed by an offside player who finds themselves in a goalscoring position.

Given this adaptation to the offside rule, it wasn’t a matter of ‘if’ a player was going to get injured’ it was a case ‘when’.

Such a change in legislation to football was eventually going to lead to an injury, and whilst Rui Patricio has recovered from his collision with Coady on Monday night, with Sky Sports News reporting that the keeper didn’t require hospital treatment following the incident, it would not be a surprise to see another player pick up a needless injury at the hand of this offside rule before the end of the season.

It is a rule change that even former referees oppose, with ex-Premier League official Mark Halsey revealing to The Sun: “I have had major concerns with the protocol all season, it’s been an accident waiting to happen. Rui Patricio was lucky because the incident looked very serious. If this protocol is not changed now, I fear more serious injuries.”

A promising future for change

Indeed, a change to the ruling already appears to be in the works which could change how offsides are judged radically. As reported by ESPN, FIFA plan to utilise ‘self-automated offsides’ come the 2022 World Cup in Qatar, a technology that aims to speed up the process of offside decisions as well as the accuracy to determine a decision in a matter of seconds.

Whilst this technology does sound promising and could theoretically put an end to some of VARs biggest problems, such as offsides being ruled out by the width of a toenail and the time process that comes with that, it is still in a development stage, meaning that delayed offsides are, for the most part, here to stay, and this should be a concern to players as well as supporters.

Player wellbeing should be the main priority when discussing law changes to improve the game, and the offside rule in its current form, which more often than not invites defenders to make challenges that could be deemed as reckless and attackers to make plays that put their bodies on the line, simply doesn’t fit this safety criterion.

Self-automated offsides could eradicate this problem in the not-so-distant future, but until then and now whilst the technology is still in its development stage, the current law was doomed to lead to injuries, and the next time a similar incident happens, it could lead to a pivotal injury to a player that could have been avoided just a few months ago under a different rule.