Stoke welcome West Brom to the Britannia Stadium this afternoon for what looks on paper to be a great chance for stoke to take a fifth straight home win and the three point’s that would come with it, hopefully moving further away from the relegation places. West Brom sit bottom going into the match, having failed to win in their last six matches, and winning just once on the road this season.

History is as also on Stoke’s side, the Baggies have failed to win at either the Victoria Ground or the Britannia Stadium for 26 years, with Stoke winning more than three quarters of the recent encounters between the two clubs. those 26 years have been packed full of numerous highs and lows for the Hawthorns faithful. 26 years ago, in 1982, the club reached both the FA Cup and League Cup semi-finals. That form, however, could not be reproduced over the next few years. The club being relegated from the top flight at the end of the 1985/86 season, a year later than Stoke had been, both clubs achieving their lowest ever points totals in doing so. Like Stoke, West Brom then dropped down another division, relegated to the then third division in 1991. The Baggies, famed for being a yo-yo club, bounced straight back up through the play-offs under the guidance of Ossie Ardiles, who was soon to leave and become manager of Tottenham. Stoke’s local rivals Port Vale were the opponents in that play-off final, West Brom taking the match 3-0.

The Baggies remained at what is now Championship level for almost a decade before things picked up for the club with former Stoke boss Gary Megson at the helm. Megson led the Baggies to promotion to the Premiership in the 2001/02 season, before they were relegated straight back down again, before again bouncing straight back up. The following year, Megson was replaced by Bryan Robson after a very poor start to the season, with many writing off the Baggies as definite relegation fodder. Robson pulled off the seemingly impossible though, steering the club to safety. West Brom became the first side ever to stay up in the Premiership having been bottom at Christmas. Relegation did come a year later though, and Robson was replaced with Tony Mowbray in October 2006. West Brom were defeated play-off finalists that year, but again won promotion to the top flight last term, finishing as champions while Stoke finished second, and keeping the clubs in the same division for the seventeenth year in the last 26.

The clubs last met in December 2007 at the Britannia Stadium, Ricardo Fuller scoring a stunning hat-trick to give Stoke a 3-1 win.

Fuller celebrates his hat-trick against the Baggies eleven months ago

Fuller is suspended today though, giving Dave Kitson the perfect opportunity to finally perform for Stoke and get his club account off the mark.

Without Fuller in the side, it is likely that Stoke will rely even more than usual on hitting the ball long to target man Sidibe. If the Malian can get the better of Swedish centre-back Olsson, Stoke will enjoy far more attacking opportunities than if he cannot. 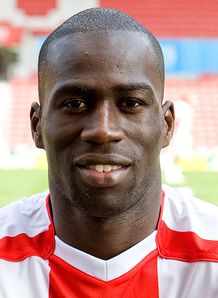 Delap’s long throws have been a devastating weapon at home this season. They have though, been far more successful against goalkeepers who have been unkeen to come for the ball, or have attempted to claim it and failed. Carson’s ability to deal with Delap’s missiles will prove vital to both teams. 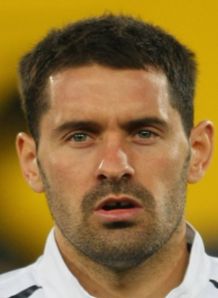 if Kitson can finally find some confidence and get himself on the scoresheet, it will be a huge boost for Stoke, who have had to rely too heavily on the goals of Fuller so far this season. Ishmael Miller: The 21 year old joined the Baggies from Manchester City in the summer having spent last term on loan at the Hawthorns. The huge striker has come into good scoring form recently, and has scored in total eleven goals in 44 league appearances for the Baggies. 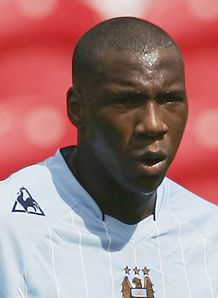