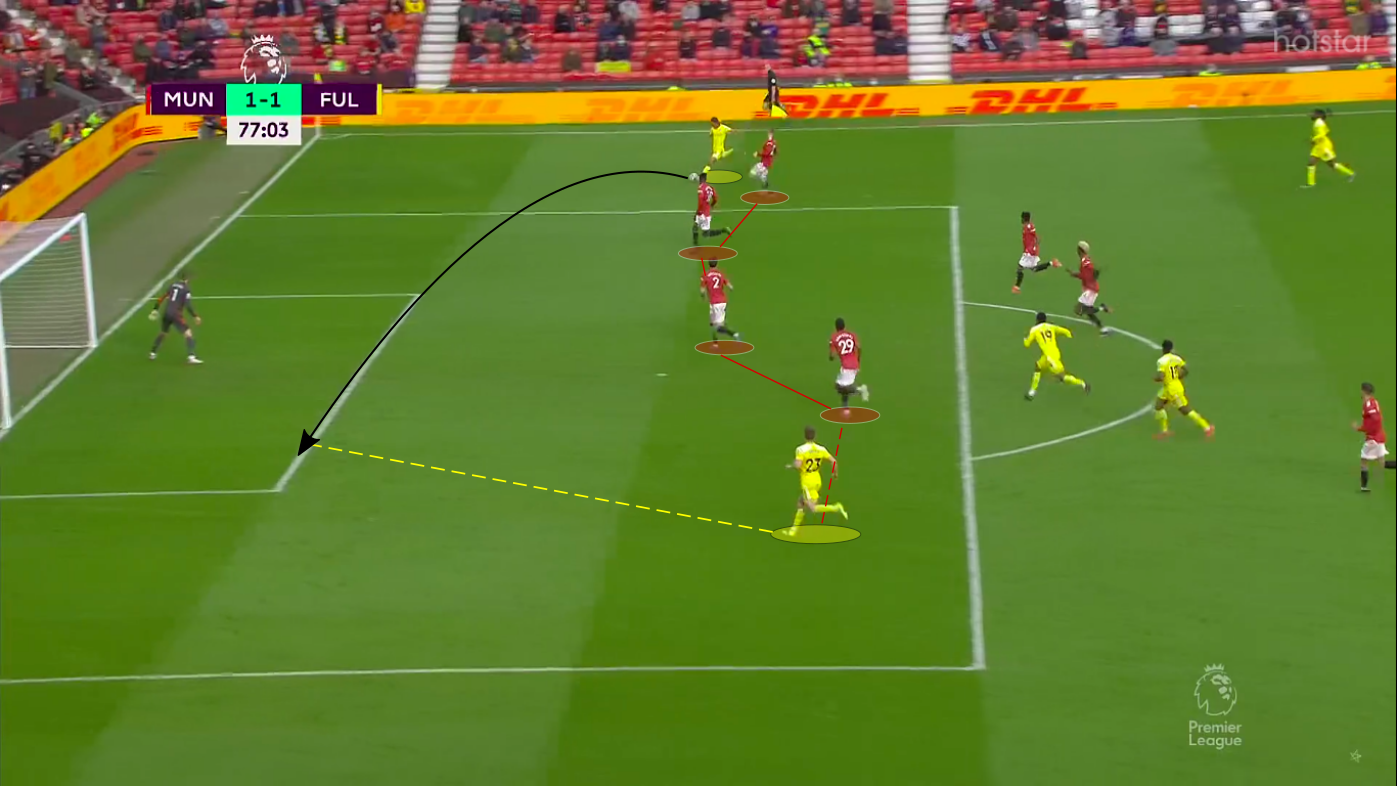 It might not be the most prestigious trophy in all of club football, but the Europa League final is still quite a big deal.

This season, one-time winners Manchester United are set to face first-time finalists Villarreal, with the Spanish side also fighting for a spot in next season’s Champions League as they have only managed to qualify for the new European Conference League through La Liga.

Three-time competition winner Unai Emery will be in his fifth Europa League final against Ole Gunnar Solskjær, who will be leading United into a final for the first time in his managerial career.

Villarreal and United have faced off on four previous occasions in Europe, but somehow, this fixture is yet to yield a goal.

All indications are that this record will be broken in this final, so let us take a look at what we can expect from this match from a tactical perspective:

Villarreal have mostly used a 4-4-2 this season, but don’t let it deceive you – they very much like to keep the ball. Sergio Asenjo has only made one Europa League appearance this season as cup keeper Gerónimo Rulli has been preferred on most occasions, but for such a big match, you would expect the first-choice shot-stopper to start.

Mario Gaspar, Raúl Albiol, Pau Torres and Alfonso Pedraza should make up the back-four, with Étienne Capoue and Dani Parejo in central midfield ahead of them.

Samuel Chukwueze should be back from injury to start out wide with Manu Trigueros on the other side, while the prolific Gerard Moreno and Paco Alcácer are set to lead the line by all accounts.

United’s line-up is certainly going to be interesting. David de Gea has been relegated to cup keeper with Dean Henderson’s upturn in form.

However, a couple of recent mistakes along with sensational Europa League performances on de Gea’s part have seen his position come under scrutiny, so it is tough to predict the man who will be picked between the sticks for this match.

Aaron Wan-Bissaka, Victor Lindelöf and Luke Shaw are almost guaranteed starters, but who will the right centre-back be? Harry Maguire is almost certain to be sidelined through injury, so the options available include Eric Bailly and Axel Tuanzebe.

The former’s experience might help him get a starting spot in this match, but his often poor decision-making might see him kept on the bench.

It is even possible that United switch to a back-three for better defensive stability, but that certainly would be a risk given the fact that they haven’t trialled such a system in the recent past.

In front of the back-four the line-up is pretty clear – Scott McTominay and Fred in midfield with Bruno Fernandes ahead of them, Marcus Rashford and Paul Pogba on the wings and Edinson Cavani as the striker.

The Maguire-less defence has to be a serious cause for concern for their manager, as his side have keep a single clean sheet in all the matches he has missed.

The absence of his leadership, aerial domination and ball-playing ability certainly gives Villarreal more than just a sniff of goal-scoring opportunities.

Emery and his men must be licking their lips looking back at some of United’s recent defending without Maguire:

Against Fulham, for example, Wan-Bissaka made this hilarious attempt of defending a cross where he let the man at the back post go to defend the empty space in the centre of the box for no tangible reason.

For a side that has averaged 12.26 crosses per match in La Liga this season, such defending would be as good as presenting a free goal to them.

Set-pieces have been a problem for United all season – their 14 goals conceded from such scenarios means that they have the second-worst record in the Premier League, and without Maguire, this is inevitably going to get worse.

There is some good news for the Red Devils, however, as Villarreal have only converted from four set-pieces in La Liga, where they too have the second-worst record in goal-scoring terms.

The Yellow Submarine have some good attackers too – Moreno has 23 goals and seven assists in 33 La Liga appearances to add to his six goals and three assists in the Europa League, where his scoring tally is matched by Alcácer. Chukwueze is a menace too, as his average of 6.18 dribbles attempted and 3.75 shot-creatin actions per 90 is sure to worry Shaw.

United are not even safe in defence when they have possession, as the lack of Maguire makes their ball progression quite difficult and draws a lot of mistakes out of their other defenders.

On the bright side for United, they do have a properly functional attack. The attacking line-up involving Rashford, Fernandes, Pogba and Cavani has worked a treat, with the four developing a great understanding and working off each other very well.

Pogba and Fernandes are undoubtedly better adept at working from deeper positions, which is why they usually take turns to drop into either half-space, as is depicted here:

Using Pogba on the left also naturally creates more space on the left wing, which helps unlock Shaw’s attacking ability through overlapping runs. Chukwueze is not exactly renowned for his defensive contribution, so the English full-back might find some joy on this flank.

In other cases, both Pogba and Fernandes stay to either side, leaving the central area vacated. Rashford has been the least threatening of this attack on the right, but pushing him forward alongside Cavani might be the solution to unlocking a few goals from him.

The other three have been absolutely brilliant, though. United’s semi-final first leg success over Roma was arguably their best match together as they were just unstoppable.

Both sides have serious firepower in their attacks, so goals are guaranteed in this match. Therefore, the victors might not be the side that attack better, but the side that keep things cleaner at the back.

Villarreal must be licking their lips at the prospect of facing a Maguire-less United defence which is almost sure to make a mistake or two every match as we have explored.

Both Alcácer and Moreno are more than capable of punishing any such lapses, and they are not too bad at creating chances themselves.

If United manage to iron out all of their defensive issues, this match is theirs to lose. Villarreal’s style of play will suit their counterattacking strengths, and with a front line in full flow, they too are almost certain to score.

This match is undoubtedly set to be an absorbing showdown where both sides will battle to win their only piece of silverware this season, so you will not want to miss it.