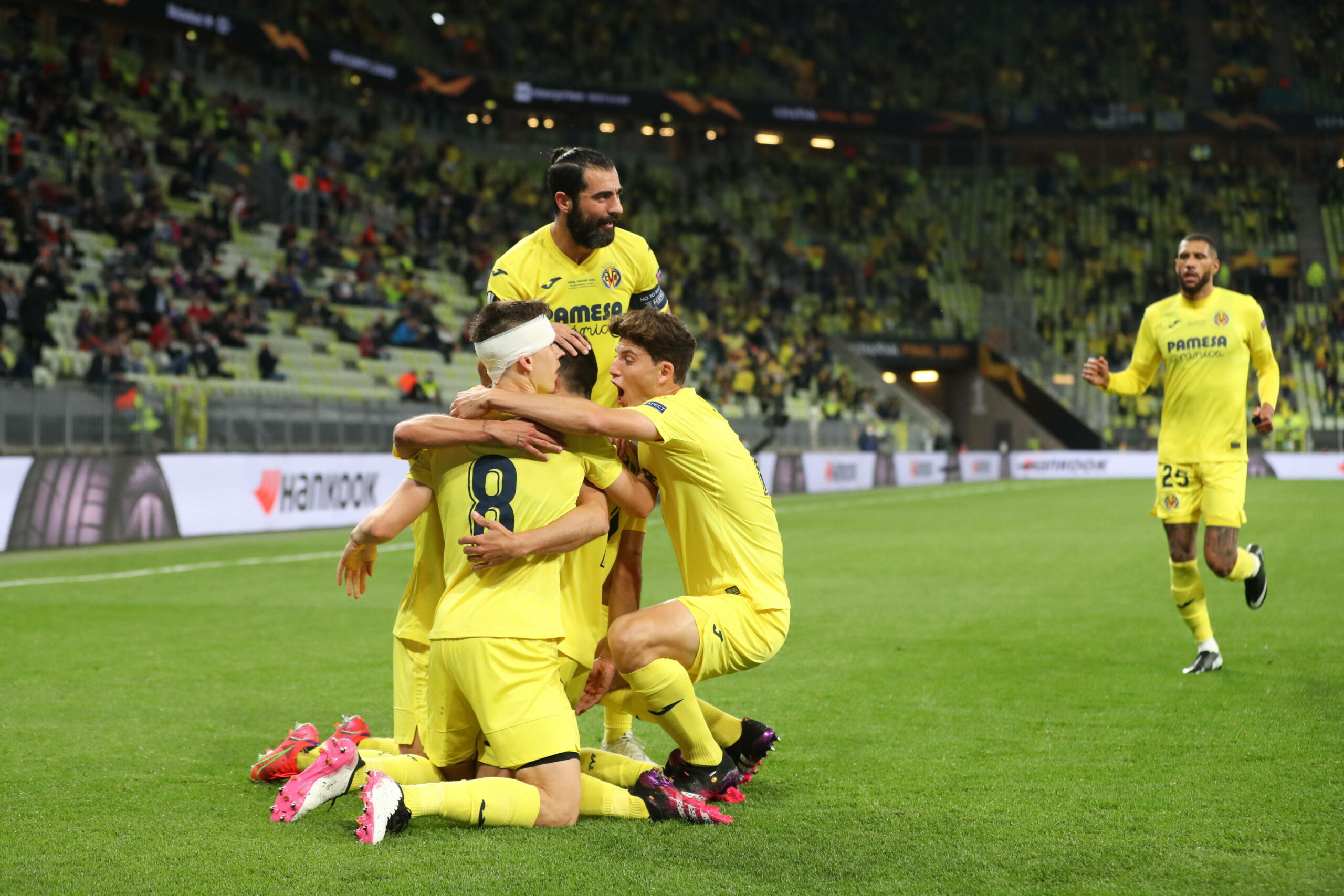 Villarreal beat Manchester United in a tense penalty shootout to win the 2020/21 Europa League on Wednesday.

The opening exchanges saw Uniteddominate possession, although they were unable to create anything clear cut.

Edinson Cavani almost got on the end on a Luke Shaw cross, and Scott McTominay dragged a strike from distance wide.

Meanwhile, at the other end, Villarreal were providing most of their threat from set pieces. They had their first attempt on goal when Manu Trigueros fired a volley over at the back post after being set up by Dani Parejo from a corner.

Those set pieces proved to be deadly in the 29th minute, when Unai Emery’s men took the lead. Former Queens Park Rangers loanee Parejo whipped in another delightful free kick, and star man Gerard Moreno poked past David de Gea at the back post.

That was the only goal of the first half, with Ole Gunnar Solskjaer’s side continuing to threaten while being unable to break down a stern defence.

In injury time, they came close when Mason Greenwood’s powerful cross struck the waist of Raul Albiol. Thankfully for the veteran defender, the ball fell comfortably into the arms of goalkeeper Geronimo Rulli.

Man Utd piled on the pressure in the second half, and managed to force an equaliser ten minutes after the break through Cavani.

Marcus Rashford hit a volley that deflected kindly into the Uruguayan’s path, and he forced the ball home. It was scrappy, but it was a welcome boost to the English side.

They continued to go in search of a second goal, and came close to taking the lead, again through Cavani. Shaw’s mishit shot was headed on target by the former Napoli man, but Pau Torres was able to make the block.

There was little in the way of clear cut opportunities after that, but both sides had late half chances to snatch a winner. Paul Pogba headed over the bar, and Torres struck high and wide in injury time. The game finished 1-1, ensuring another 30 minutes.

The game continued in similar fashion, with the defences coming out on top. Villarreal had the best chance of the extended period, but Paco Alcacer struck well over from inside the box. Neither team managed to find a winning goal, taking the game to a penalty shoot-out.

The first round of spot kicks were perfect. Juan Mata and Alex Telles, who had both been brought on specifically for the shootout, stuck theirs away, as did Moreno and Dani Raba.

Bruno Fernandes, Rashford, and Cavani secured a 100% record from the original five for Man Utd, with Alcacer, Alberto Moreno, and Parejo also scoring.

Onto sudden death, but despite the main penalty takers being out of the way, the conversion rate remained high. Moi Gomez, Raul Albiol, and Francis Coquelin all confidently found the net, while Fred, Daniel James, and Luke Shaw also all scored – although the latter was lucky to see his go through the arms of Rulli in goal.

Mario Gaspar and Axel Tuanzebe all maintained the 100% record, as did Torres and Victor Lindelof. Ten penalties taken each, and ten successful spot kicks. It was down to the goalkeepers.

Rulli stepped up and slammed his into the top right corner, giving his opposite number no chance. David de Gea, however, was not so successful.

His penalty was tame and easily kept out, sparking wild celebrations from the Yellow Submarine players and fans. Villarreal had won the Europa League.

For the La Liga club, it is the first piece of silverware in their history, and it qualifies them for next season’s Champions League. As for United, their trophy drought extends to four years.

Man of the Match – Raul Albiol

Emery evidently set up to frustrate Man Utd, and this worked perfectly. Despite their attacking talent, the Red Devils were limited to just two shots on target, with the likes of Rashford and Fernandes struggling to have an impact on the game.

Albiol was at the heart of the defence, and he led by example. At 35 years of age, the former Real Madrid man used all his experience to keep the opposition out.

He won plenty of headers, made loads of tackles, blocked many shots and crosses – and to top it all off, he calmly slotted his penalty into the bottom corner.

A memorable night for the veteran.

Does Solskjaer need a trophy next season?

Solskjaer has done a better job than most people expected him to. Frankly, many didn’t expect him to ever make it to the end of the 2020/21 season, but he has helped them get to second place. With a couple of new additions, they could easily become title contenders.

However, despite this progress, the Norwegian is still yet to win any silverware in charge at Old Trafford. At what point does it become a necessity for him to get over that final hurdle?

A lot of the talk over the last few weeks has been about Harry Kane’s future at Tottenham Hotspur, and Man Utd are one of the clubs closely linked with him.

However, we’re at a point where the Red Devils aren’t a guarantee of success. This will seriously hamper their chances of attracting world-class talent.

On a similar note, key man Fernandes is roughly a year younger than Kane and hasn’t won any major honours outside of the Portuguese league.

If they fail to lift a trophy next season, will there be a huge media frenzy over his future? That remains to be seen, but a player of his talent will no doubt want more than what he’s getting.

Wednesday night was a huge opportunity for Solskjaer. And, while he can’t be completely blamed for the result, it was an opportunity missed. It may not be long before he starts to feel the heat.