The Italian Job: How Roberto Mancini has rejuvenated a depleted nation

Roberto Mancini has rejuvenated a depleted nation and transformed them into one of the best young sides in world football. 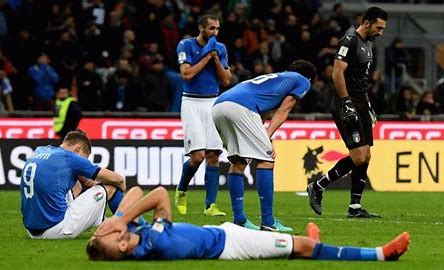 There has been a fair share of tragedy in Rome over the years, however, the one thing that seemed to be untouchable from devastation was football.

Yet, in 2017, the Azzurri were in crisis: the four-time World Cup winners had failed to qualify for the competition for the first time since 1958.

Gian Piero Ventura’s side had lost the first leg of their play-off tie against Sweden 1-0 and a dismal 0-0 draw in the subsequent game broke the hearts of a football-crazed nation.

Legendary goalkeeper, Gianluigi Buffon, retired from the national team after the match – his 175th appearance in 20 years – with his incredible international career ending with him in tears.

La Gazzetta dello Sport described it as, “one of the darkest pages of our sporting history.”

While Il Corriere dello Sport said, “It’s an intolerable footballing disgrace; an indelible stain. It’s the end. Apocalypse, tragedy, catastrophe. Call it what you want, but our football is in a serious crisis.”

The four-time World Cup winners needed a new emperor – somebody to rejuvenate a depleted nation, and that man turned out to be Roberto Mancini.

There is a well-known proverbial expression which goes, ‘when in Rome, do as the Romans do’, however, Mancini needed to do the opposite.

He needed to inject some life into a once-great side which had severely diminished into a miscellaneous group of ageing pros and untested youngsters.

The great Italian sides had always been based on a good defence, however, it was the lack of attacking intent and belief that Roberto Mancini needed to rectify.

The former Manchester City manager had a considerable job on his hands, however, over the course of his career, the Italian has become quite a master at rebuilding football teams.

At Manchester City, Mancini built a Premier League winning side and laid the foundations for the success that City are continuing to enjoy, not forgetting, of course, his achievements at Inter Milan.

Given the chance to manage his country, Mancini has thrived and the Azzurri have lost just two games out of the 26 that he has been in charge of.

Mancini’s job was to qualify for Euro 2020 and he passed that test with flying colours, as Italy won 10 out of 10 of their qualifying campaign and put the devastation of 2017 behind them.

Italy are currently embarking on an impressive unbeaten run under Mancini, as they start their 2022 World Cup qualifying campaign.

Mancini has carried out such a good job that he is set to be rewarded with a contract extension.

But, just, how has he transformed Italy so rapidly?

One of the biggest problems that Mancini faced was the ageing players that were slowly retiring from international team and leaving huge voids in Italy’s team.

Mancini has combatted this by giving youth a chance, handing Nicolo Barella, Gianluigi Donnarumma and Federico Chiesa regular starts, while others including Nicolo Zaniolo, Sandro Tonali, and Moise Kean, have had opportunities.

Mixed with just the right amount of experienced players, Mancini’s ‘Young Italy’ arguably has its best chance of winning the European Championship for the first time since 1968.

Behind Italy’s renaissance has also been Mancini’s ability to provide the team with an identifiable style, using a 4-3-3 featuring two playmakers, in Marco Verratti and Jorginho, who like to dictate the tempo.

Mancini has rejuvenated a depleted nation and transformed them back into genuine contenders for Euro 2020 and the tournaments that follow.

Serie A clubs vote in favour of season restart by mid-June
Tactical Analysis: Why Italy seem to be the most well-rounded side in the Euros