Is it time up for Arsenal’s Arsene Wenger? 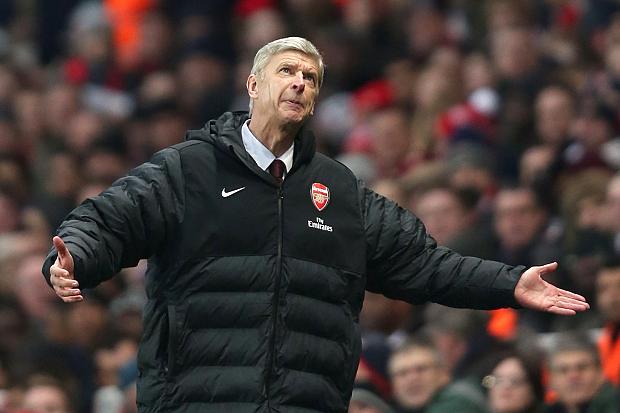 Results went both ways for the Gunners and the Blues in mid-week. When Stamford Bridge seems bringing no luck to Benitez’s side, Arsenal’s confidence ran high, banking on their 5-3 victory last season at Chelsea’s ground, although Robin Van Persie, the hat-trick hero that afternoon, is no longer at Arsenal.

Scoreline may suggest it was a tight contest. Realistically, Arsenal endured a horrible first half, which in a league of this standard, could be very costly. As suggested by Wenger’s expression, it was a disgusting performance and may have undone the momentum they built upon the victory in FA Cup.

Injuries were not helping Arsenal. They were in particular missing Mikel Arteta, the conductor in the midfield. Coquelin and Diaby are hardworking midfielders but of no match compared to Hazard, Juan Mata and Oscar. When they are at full strength, Arsenal midfield was comparably sluggish and outpaced.

Wenger’s transfer policy is often the centre of criticism. However, when QPR and Southampton could manage to leave Stamford Bridge with something in hand, the only reason Arsenal could not capitalise on the dipping Chelsea was the absence of tactics. Having recognised Wilshere’s strength to play behind a striker, Wenger decided to leave midfield in the hands of Coquelin and Diaby. With the latter still yet at his best, Lampard and Mata dominated the match tempo with ease.

Wenger’s tactical stubbornness allowed the domination to sustain. Pushing Santi Cazorla to the left only limited his strength in penetrating opponent’s heart of defence. In fact, it was his assist from the centre midfield which cut the deficit by half. Unfortunately, Wenger has never thought of going for increased flexibility in his formation setting. It is true that the best tactic is to play your best football, but sometimes a plan B for a designated opponent is what you need for three points. On Sunday afternoon, Wenger was doing neither of the two.

The crucial “What-if” factor of the game was Giroud’s golden chance early in the match. Arsene Wenger has been struggling to find someone to replace Van Persie’s clinical touch in front of goals.  Having spent vast amount of money on Chamakh, Gervinho, Park Chu Young, Podolski and Giroud, should the “What-if” factor be what if Demba Ba was acquired at £7.5m instead? He tortured Arsenal in his Newcastle uniform, and he nearly added to their woes shortly after he substituted Fernando Torres.

The “Invincible” Arsenal could be the proudest achievement in Arsene Wenger’s managerial career. He single-handedly constructed the team and led them to a memorable success in 2004. However, since a decade has passed, how suitable he still is in managing Arsenal, a team with the ambition of more than just top-four finish and balanced bankbook? Having only got one victory, at home against the ten-men Tottenham, against the current top four of the league, it is  questionable the Frenchman is still the one to guide Arsenal to more glorious moments.