A resilient and spirited Tottenham side grabbed a point in an entertaining clash at White Hart Lane. Both sides spurned chances, most notably Modric for Tottenham and Ferdinand for Man Utd, as the game ended in a 0-0 stalemate- a fair reflection of both teams performances. 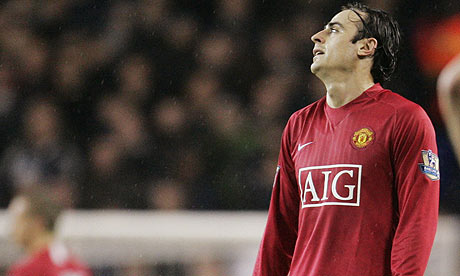 Tottenham were the better team in the first half, forcing Edwin Van Der Sar into action on a number of occasions.

David Bentley had a 25yard volley (similar to the one he scored against Arsenal) saved and Aaron Lennon also went close on two occasions. Roman Pavlyuchenko was also denied form an acute angle as Spurs piled on the pressure.

In fact, Manchester Uniteds best attack in the first half saw the resulting shot going out for a throw in; Tevez jinked past the Tottenham defenders before blasting his shot hideously wide.

The only real down point of the first half from Tottenham’s point of view was a back injury for stand-in captain Jonathan Woodgate. He went down within the first 10 minutes, prompting a hasty Tottenham defensive shuffle. Tom Huddlestone replaced him with Corluka moving into the centre back position. Midfielder Zokora moved to play at right back.

The second half saw the tables turn- now was the chance for United to pile forward with Tottenahm defending.

Dimitar Berbatov had Man Utd’s first real chance, however just as he drew back his foot to shoot Michael Dawson slid in with a fantastic tackle. In fact it was a rather frustrating day for Berbatov, who recieved a predictably frosty reception from the White Hart faithful. 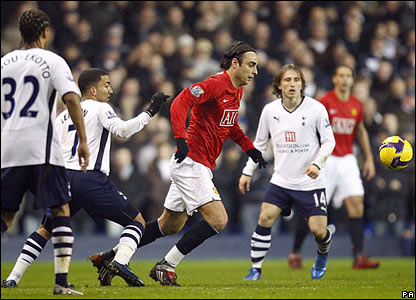 Bentley had Tottenhams best chance in the second half; Van Der Sar was forced into making a fantastic, diving save from his superb, long-range free kick.

Gomes kept Spurs in at near the end, saving superbly from Park and Giggs, who tested the Brazilian with a well struck free kick.

The games only real flash point came in the form of a Christiano Ronaldo kick on Dawson. In my eyes it was 100%wrong, similar to Beckham’s kick on Simeone in 1998. However the Ref didn’t see it and so Ronaldo went unpunished.

Harry Redkanpp: “Any time you take a point off of Man United it’s a good result.”

“To come through as we did I though was fantastic. It was a terrific performance, a really hard-working performance.”

Sir Alex Ferguson: “It is not a bad result. We dominated the game for the most part and their goalkeeper has made two fantastic saves near the end. ”

“We just needed that bit of luck or a break close to goal but we didn’t get it. But you have to admire the intensity of our game. ” 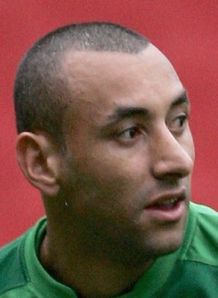