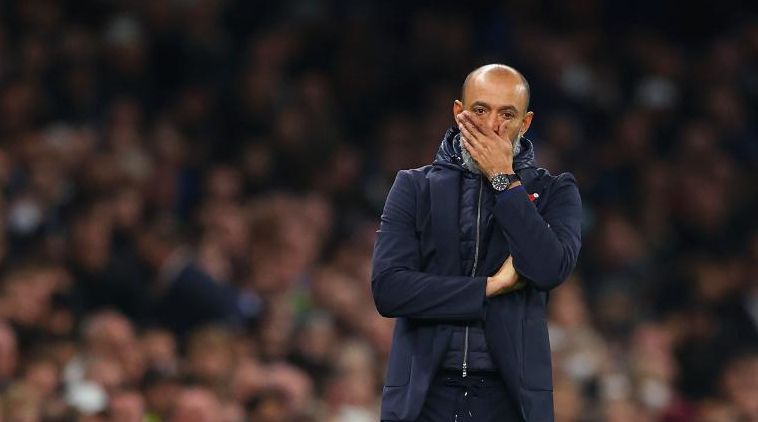 Tottenham Hotspur have announced that head coach Nuno Espírito Santo has been sacked just four months after his initial appointment.

They have lost half of their league matches this season with their most recent 3-0 defeat at home to Manchester United when Nuno was booed and fans chanted ‘You don’t know what you’re doing’ at the Portuguese coach.

The club announced that Nuno and his coaching staff had been ‘relieved of their duties’ and that an update regarding his successor ‘will follow in due course’.

“I know how much Nuno and his coaching staff wanted to succeed, and I regret that we have had to take this decision,” said Fabio Paratici, Spurs’ managing director of football.

“Nuno is a true gentleman and will always be welcome here. We should like to thank him and his coaching staff and wish them well for the future.”

The former Valencia and Porto manager signed a two-year contract with the London club in June after parting ways with Wolverhampton Wanderers in May.

In his four seasons with Wolves, the Portuguese led the club to their first Premier League promotion in 2018 after a six-year absence and solidified their place in England’s top-flight over the next three seasons.

The 47-year-old, who lasted only 17 games at Spurs, is the fourth permanent manager that the club has hired in the past three years.

Antonio Conte has emerged as the leading candidate to succeed Nuno. According to Sky Italy, the Italian has been offered an 18-month contract by the club.

Conte, who previously won the Premier League title with Chelsea in 2017, has been out of work since parting ways with Inter Milan over the summer.

Tottenham will feature next on Thursday as they travel to the Netherlands to face Vitesse Arnhem in the Europa Conference League, where they are currently third in their group after three games played.