Truth Behind the England Fantasy Football

The league has finally come to an end in the most extraordinary fashion. In merely two minutes, Manchester City elevated from hell to heaven to end their 44-year league title drought. The biggest winner of the dramatic day must be football fans worldwide.

With the curtain fallen, the attention is now shifted to the European Championship. Nevertheless, the cool-headed Englandfans will realise they have much more to worry about this summer.

When Hodgson announces the squad on Wednesday, there will not be an X-factor or anyone who is on the cream of the crop this season in the squad. Van Persie, Yaya Toure, Aguero, David Silva, Kompany, Demba Ba, Papisse Cisse, Tim Krul, they are all the bright stars of this season who consistently put up five-star performances; but none of the above are English. 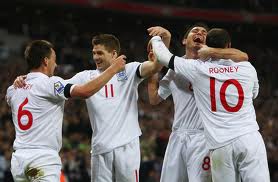 Apart from Joe Hart and Kyle Walker, none of the top four provides the national team with exciting prospects. Manchester United seemed to be the cradle but injuries and pressure have faltered the once promising Chris Smalling, Danny Welbeck and Phil Jones. Instead, England will rely again on their predictable and unthreatening football in Poland and Ukraine, with their old spine of the team – John Terry, Ashley Cole, Frank Lampard and Wayne Rooney.

In contrast, Spain has emerged to dominate Europe relying on the cores of Barcelona and Real Madrid; Germany shocked England in 2010 with unbeatable pace and discipline on the field. The two teams have not been short of supply of young bloods from their local top teams’ academy. Having grown up and trained together for ages, they bring mutual understanding and team chemistry to the national level.

On the other hand, among the individual talents inEnglandteam, there are only chaos and hostility. Hodgson still has little idea on resolving the conflicts between John Terry and Rio Ferdinand, once the key defensive duo of the Three Lions.

The defeats ofManchesterclubs inEuropethis season have already sounded the alarm. Athletic Bilbao and Benfica upset Manutd, while Napoli and Sporting ended Manchester City’s European dream. They have no fear towards the big spending powers and it is true that not every England club can show this recklessness every week to challenge. Although Chelsea’s presence in the Champions League final still protects England’s reputation in Europe, it is no longer only the major European clubs that the big four in England are having trouble to deal with. 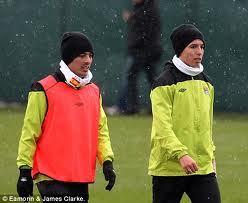 Foreign investment is improving the football standard of the league, but ultimately it is pushing England football to death. Liverpool owner hoped to compile a Great Britain team, only giving Stewart Downing, Jordan Henderson and Andy Carroll a season to forget. Micah Richards and Adam Johnson put up sweet performances throughout the season, but neither of them broke into the regular lineup (even though Mancini still moans about the lack of squad depth). Sadly, the younger generation could only live under the shadows of foreign players brought on board by sky-high salaries.

While English football fans continue to celebrate their league being perhaps the best in the world, how many would have realised the truth behind that it’s actually the foreign players that have driven them to such a status? Without a reform, disappointment is inevitable, let it be Ukraine this summer or Rio de Janeiro two years later.

Crouch, Carroll or Holt up front for England at Euros?
Expected Disappointment from the Proudest Man in England Football