Twitter refuses to change ID policy as football’s racism battle continues: But should Social Media companies be doing more to stop it? 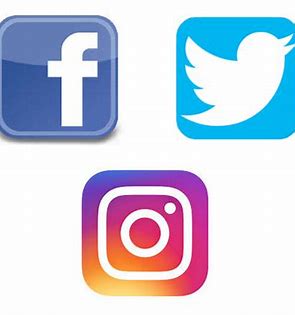 Sadly, in 2021 racism is still prominent in, not just football, but society. Despite all the progress that has been made, human beings are being vilely abused because of their skin colour. This is not a problem exclusive to football, however, because of the platform footballers have, the problem is being amplified and social media companies are being exposed for simply not doing enough to prevent abuse on their sites.

Many of the abusive messages have comes from anonymous accounts where the individual hides behind a pseudonym, however, social media companies have been under increasing pressure to prevent anonymous users.

“At Twitter, we are guided by our values, and never more so than when it comes to fundamental issues like identity. We believe everyone has the right to share their voice without requiring a government ID to do so.

“Pseudonymity has been a vital tool for speaking out in oppressive regimes, it is no less critical in democratic societies. Pseudonymity may be used to explore your identity, to find support as victims of crimes, or to highlight issues faced by vulnerable communities.

“Indeed, many of the first voices to speak out on societal wrongdoings, have done so behind some degree of pseudonymity – once they do, their experience can encourage others to do the same, knowing they don’t have to put their name to their experience if they’re not comfortable doing so. Perhaps most fundamentally of all – some of the communities who may lack access to government IDs are exactly those who we strive to give a voice to on Twitter.”

Twitter said that of the 11 million tweets about football in the UK since September, they have removed more than 5,000 for violating their rules.

But are Twitter and other social media companies doing all they can to prevent abuse on their sites?

Willian shared screenshots of abusive messages on Instagram and wrote the caption: “Something needs to change! The fight against racism continues.”

But, just what will change until social media companies change their policies surrounding anonymous accounts?

On Wednesday, co-owned, Instagram and Facebook pledged to help reduce the amount of abusive direct messages that are being sent.

“The abuse we’re seeing is happening a lot in people’s Direct Messages (DMs), which is harder to address than comments on Instagram,” the company said

It added that the private conversations in DMs aren’t monitored by the same technologies used to proactively detect content like hate speech or bullying elsewhere.

“But there are still more steps we can take to help prevent this type of behaviour. So today we’re announcing some new measures, including removing the accounts of people who send abusive messages, and developing new controls to help reduce the abuse people see in their DMs.”

However, despite these statements from social media companies in response to the increasing pressure they face, for one victim of racial abuse on social media, they are just ‘adding fuel to the hate’.

Yan Dhanda said the decision not to permanently ban his abuser from Instagram is “disgusting”.

“When the punishment came out for the person who abused me and I saw it on Twitter, I immediately responded with how I felt,” he said.

“I put a comment on there about the social media companies adding fuel to the hate and allowing people to get away with it, and potentially do it again.

“I haven’t had conversations with the social media companies, but that reply to that and my tweet was hoping that they would see it and we could get the ball rolling from there really.

“But for them not to do that, it just proved they’re not too bothered about the victims’ feelings or whatever’s happening.”