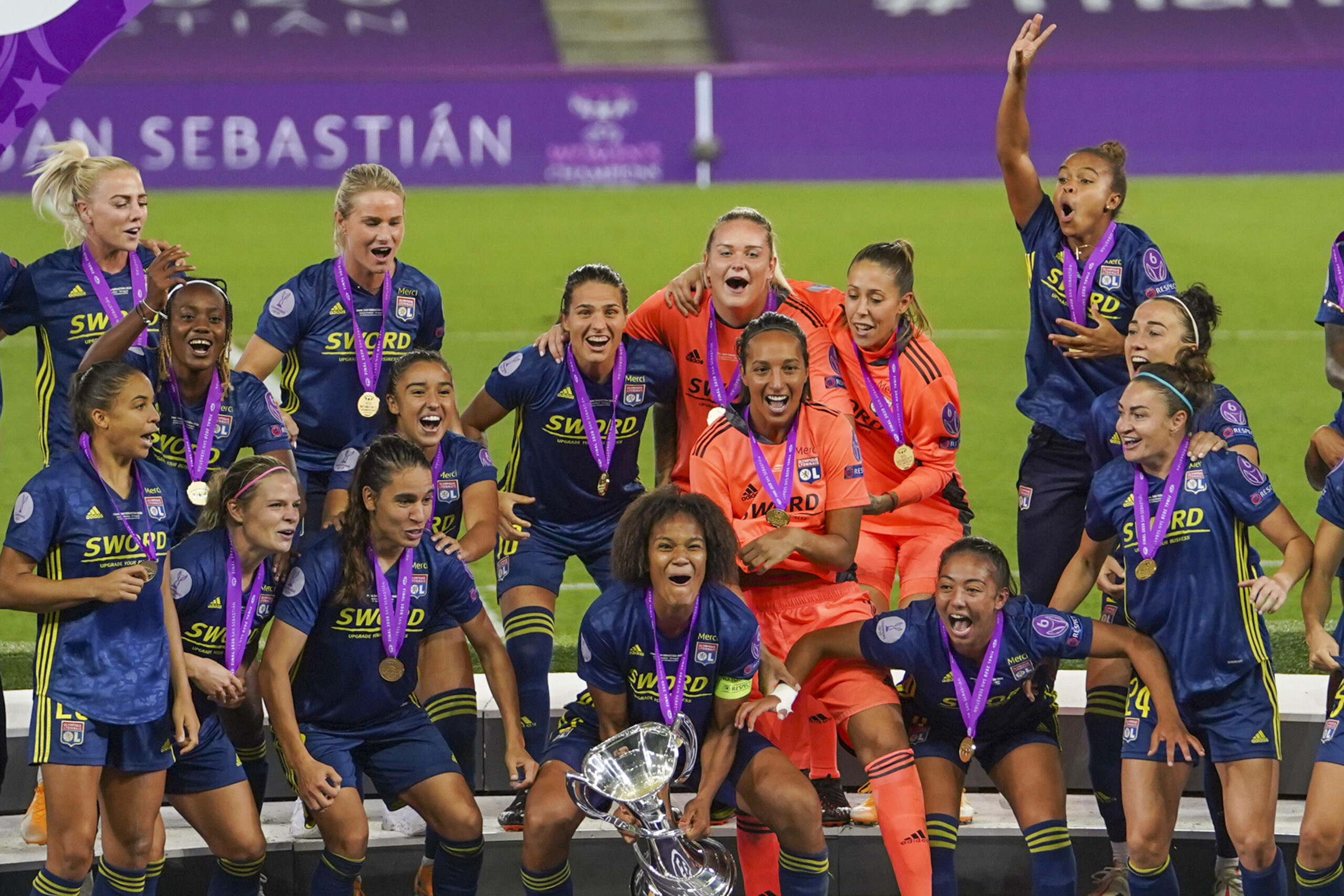 The two clubs have enjoyed stellar seasons in their domestic campaigns with both leading their respective league tables.

Sunday’s final at the Gamla Ullevi Stadium in Gothenburg, Sweden, promises to be an exhilarating affair.

Ahead of the showdown, here is a look back at the last five finals.

The stage was set for the Frenchwomen to take revenge against Wolfsburg for the 2013 final that saw them lose 1-0.

Ada Hegerberg opened the scoring for Lyon in the final before Alexandra Popp scored in the 88th minute to force the game into extra-time.

With the scores tied at 1-1, the game went down to penalties. Hegerberg missed the opening penalty kick for Lyon but the club won it 4-3 in the end to lift their first of five consecutive Women’s Champions League trophies.

An all-French affair, the 2017 final was played at Cardiff City stadium in Wales.

The final pitted Lyon against PSG who made their way into the showdown even after beating Manchester City and Barcelona, respectively.

The match ended 0-0 at the end of extra time before going into penalty kicks. In a long drawn out shooting, Lyon emerged victorious by 7-6.

Wolfsburg, determined to take revenge, had thumped Chelsea 5-1 on aggregate in the semifinals. Lyon on the other hand, had to toil against Manchester City to win their tie 1-0 on aggregate.

The game went into overdrive but only after the end of 90 minutes. Three minutes into extra time, Wolfsburg opened the scoring through Pernille Harder. Two minutes later, Popp was sent off for a second yellow before Amandine Henry equalized for Lyon.

The 2019 final gave Barcelona an opportunity to win their first ever Women’s Champions League title.

Played at the Groupama Arena in Budapest, Hungary, the match was all but over in the first half itself. The opening 45 minutes saw Lyon establish an irreversible 4-0 lead. Barcelona’s Asisat Oshoala pulled a goal back in the 89th minute, but it was too late too little.

For Lyon, it was their fourth consecutive title.

The 2020 Women’s Champions League final was delayed due to the outbreak of the COVID-19 pandemic.

Originally scheduled to take place at Violla Park in Vienna, Austria, the final was shifted to the Anoeta Stadium in San Sebastian, Spain.

The final pitted two old foes against each other yet again. Wolfsburg had made their way into the final having beaten the previous year’s finalists Barcelona 1-0 on aggregate while Lyon had beaten PSG 1-0.

Le Sommer opened the scoring for the French club before Japan’s Saki Kumagai added a second shortly before the half-time interval.

Popp pulled a goal back for Wolfsburg in the 58th minute, but Lyon’s Sara Björk Gunnarsdóttir sealed the match with an 88th-minute strike.

2021 FA Cup Final: Over land and sea (and Leicester)
Manchester United vs Villarreal: The most boring fixture in European football