Wayne Rooney – We Will Always Remember The Name 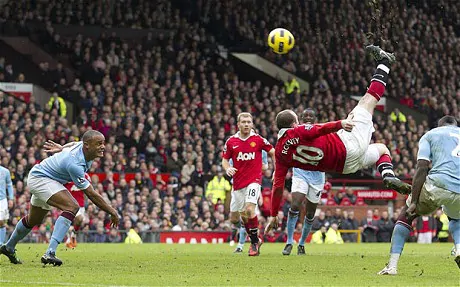 From a young up and coming talent from the streets of Croxeth, to a world superstar who gained recognition for being one of England’s all time greats. The man who is England’s and Manchester United’s record goalscorer who not only contributed with goals but with his overall play and football intelligence. On Friday 15th January 2021 Wayne Rooney retired from the game and for those football fans around the globe we have most certainly remembered the name.

It all started when Rooney first scored that wonderful goal against Arsenal five days before his 17th Birthday, October 19th 2002. He took the ball down from high and struck it in off the bar past David Seaman to give Everton all three points and it looked to be the start of something special for the teenager. No one would have imagined what Wayne Rooney would go on to achieve but he most certainly took the pressure on and went on to win five Premier League titles, one Champions League, one Europa League, one FA Cup and one League Cup. He was blessed to work under the great Sir Alex Fergurson for the majority of his career at Manchester United and in that time worked with incredible players such as Roy Keane, Paul Scholes, Ryan Giggs, Cristiano Ronaldo etc. He developed an incredible partnership with both Ronaldo and Tevez and in my opinion the best front three I’ve seen in the Premier League. Although accompanied by these top draw players and working under arguably the greatest manager of all time, Wayne showed tenacity and incredible skill in most games and was a huge part of United’s resurgence in that period just after Chelsea’s league dominance in the early 2000’s. He went on to secure individual accolade by winning PFA player of the year, two time winner PFA young player of the year, along with featuring in the Premier League team of the year on three separate occasions. Those who have followed his domestic career will not argue he will be remembered for being one of the Premier League greats and one of England’s finest footballing products.

The one issue Wayne has had in his career is his consistency on the international stage and the fact he like many other world class English players has never won a major tournament. In his first senior tournament he was frightening and was a big reason why Manchester United went on to sign him. He scored four goals in Euro 2004 and went on to win a place in the Team of the Tournament. The heartbreak though came in the quarter-final against Portugal when he was forced off injured in the early stages and if you ask any England fan who remembers that tournament, they would agree if we had a fit Wayne Rooney with the form he was on, not only would we have beaten Portugal but we would have gone on to win the competition. Since that unfortunately we didn’t witness the same player in a three lions shirt and that has been the criticism he’s faced. In 2006 he was never quite right since the injury he sustained a few months prior to the tournament starting and of course was sent off controversially against Portugal in the quarter-final with help from his mate Cristiano and the famous wink. I think the most disappointing period for Wayne was the 2010 World Cup in South Africa. Scoring 26 Premier League goals that season and winning PFA player of the year, the hopes were very much on Rooney to perform and lead us to glory. However like so may World Cups we fell short and didn’t quite reach the expectations set and I’m sure Wayne will be the first to admit he didn’t play well and maybe the issue was too much hope and expectation on his shoulders. All this aside he still remains England’s top goalscorer of all time overtaking the great Sir Bobby Charlton which was an incredible achievement in itself and one he should be incredibly proud of.

Wayne now enters management full time having accepted the position at Derby County and if he performs like he did during his playing career, there could be a very successful managerial road ahead for one of England’s greatest centre forwards.