What ‘keep politics out of football’ really means 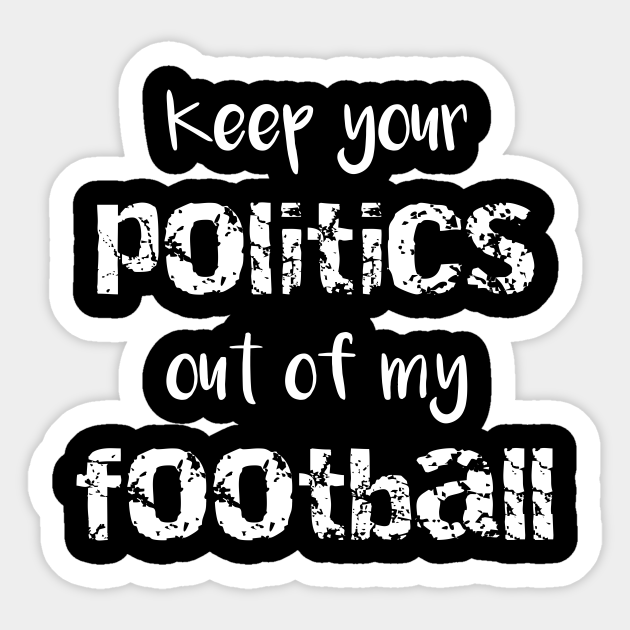 The comment ‘keep politics out of football’ is often seen under a story about discrimination, suggesting silence is a solution to the problem.

We’re seeing players and officials kneeling in solidarity with the Black Lives Matter movement before every game, but many supporters are booing the simple gesture without knowing the true meaning behind it.

And while we’ve seen Marcus Rashford push the Government to make a U-turn on their decision not to have Free School Meals during school holidays, not everybody is pleased with his influence.

But it doesn’t matter whether the topic is women’s lack of pay compared to their male counterparts, racist abuse, sexist abuse, xenophobic remarks or homophobia, somebody will always respond with ‘keep politics out of football’ and here’s why.

So what does the term mean?

The people that say ‘keep politics out of football’ seem to believe there was a time when football was a non-political utopia where nobody talked about social issues because they didn’t exist. They never give a decade for when this was, however, so it’s easy to debunk their claims.

They don’t seem to realise that you can’t separate politics from football as the two are intertwined. Women were once banned from playing the game in the UK, black players weren’t professional decades ago and gay players weren’t allowed to be open about their sexuality.

The UK has made progressive strides but nowhere near enough, so it’s vital people aren’t silent to the truth. Unfortunately, there is still a lot of pushback because many aren’t ready to hear it. They say it’s ‘playing politics’ to highlight social issues but don’t seem to have a problem when their ‘politics’ aligns.

Keep YOUR politics out of football

One ‘political’ view detractors agree with is forcing players to wear poppies for Remembrance Day. Critics suggest the symbol has lost all meaning because the focus has turned from remembering the brave fallen soldiers to calling out those not wearing a poppy.

It could also be argued that Remembrance Day is an endorsement for the actions of the military at the time, some of whom committed atrocious acts, so there are legitimate reasons not to wear poppies.

But this is an unpopular opinion that will lead to a lot of criticism, ironically from those that demand ‘politics’ stay out of football. So what’s the difference? They don’t care about social issues but are hyped on ultra-nationalism. They don’t hate ‘politics’ if it’s something they agree with.

What do detractors believe is the solution to social problems?

They genuinely believe not talking about the issue means it goes away – out of sight and out of mind. They would favour the approach of the ostrich to bury their head in the sand rather than have an uncomfortable conversation.

They aren’t used to seeing extension media coverage about social issues and don’t like it, so they want it removed from broadcasts.

But we know that silence doesn’t change anything. It just means these problems get underreported and are never challenged to authorities, so that’s an awful solution proposed.

Pretending something isn’t an issue doesn’t stop that issue existing, so those calling for an end of politics in football need to quit.

UK Prime Minister Boris Johnson slammed the decision for six Premier League clubs to join the European Super League, but we can’t imagine his ‘politics’ was a problem in this case.

The Government call the shots on when fans can return to stadiums on a regular basis, but there is unlikely to be any issue on these ‘politics’.

The national anthem is played before the FA Cup final, but there’s isn’t energy from detractors to have it removed.

Players have never just stuck to football. They’ve always used their platform to give a voice to those without one and have always stood up for their beliefs.

But we’re becoming an intolerant society that won’t allow freedom of speech if we don’t agree with their views, hence the backlash on social issues – anti-progressivism is becoming mainstream.

Kneeling as an anti-racist gesture is booed, but Kick It Out have been an established anti-racist organisation since 1993, so why is there so much resistance now? It feels like we’re moving backwards.

It shouldn’t be a political position to take if we’re talking about racial, gender and sexual equality, but those seeking to divide and conquer have now made it so.