Why Harry Kane should be aiming for Premier League immortality 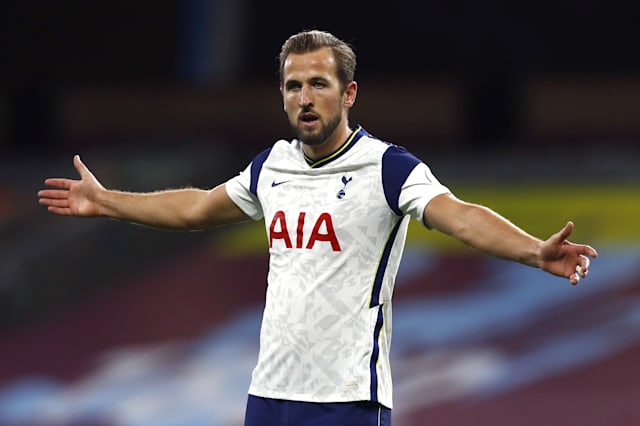 As Harry Kane slotted the ball past Emiliano Martinez from the penalty spot to seal a 2-0 win for Tottenham, the England captain had made one small step into achieving one giant leap in his career.

His 17th goal of the season put the 27-year-old Spurs academy graduate exactly 100 Premier League goals off Alan Shearer’s league record of 260, ranking Kane ninth overall in the all-time list in the English top-flight since the redevelopment of the division in 1992, with the Spurs number 10 highly likely to overtake the likes of Jermain Defoe (162) and Robbie Fowler (163) this season with nine games left to play.

“No doubt” he can break it

Indeed, the talk of Kane overtaking Shearer’s Premier League record is nothing new. Media talk has been abuzz of the Walthamstow-born striker taking the mantle from the former Newcastle and Blackburn striker ever since the England attacker solidified himself as a genuine goal-scorer for Spurs and not some ‘one-season wonder’ like many predicted following his breakout year under Tim Sherwood in the 2014/15 campaign.

And now, with the record just only 100 goals away, Kane should be aiming to take the record from Shearer in the next few years, something the Match of the Day pundit has even admitted could happen, telling The Athletic: “There’s no doubt, one with his ability, and two with his form, that he can absolutely beat it. He’s got a really good chance of doing it.”

With an average season tally of 22 goals, the record could belong to Kane in as little as five seasons should he remain fit and in the form that has made the centre-forward one of the most feared attacking players in world football in recent years.

Moving on from Tottenham

Yet that could all change should the England captain decide to leave the Premier League in search of glory away from Britain, with David Ornstein recently reporting via ESPN that Kane is open to leaving Spurs this summer after 17 years at the club and being a part of Tottenham’s most successful period in the 21st century. But, a move will likely be blocked by chairman Daniel Levy.

And that could be a sticking point in Kane’s career.

Whilst he has arguably been one of the best strikers in the past few years both domestically with Spurs and internationally with England, silverware still eludes the 27-year-old attacker, with his Wikipedia ‘Honours’ list comprising of just two runner-up spots with Tottenham and one third-place finish for his country.

Compared to his 25 individual achievements, including multiple PFA Team of the Season nominees and a FIFA World Cup Golden Boot, it doesn’t take much to understand why a departure from Spurs is lingering on his mind.

Yet whilst Kane’s quest for silverware will likely take him away from Tottenham in the not-so-distant future, unless Jose Mourinho rolls back the years in their upcoming EFL Cup final against Manchester City to claim Spurs first trophy since 2008, attempting to break Shearer’s Premier League goalscoring record should be something on the England striker’s radar in his career.

Very few personal accolades can stack up to the feeling of winning major silverware with your team, with the Ballon d’Or constantly being a source of motivation for the likes of Lionel Messi and Cristiano Ronaldo, two of the best players to ever grace the game, and the all-time Premier League goalscoring record could be viewed from a similar lens with Kane, especially now that the England striker will soon be double digits away from history.

Not many people would have been convinced a few years ago that any player would come close to Shearer’s record of 260 Premier League goals. After all, second-place Wayne Rooney left England in 2018 52 goals off the Newcastle legend’s haul in the English top-flight, whilst Andy Cole, who sits third in the rankings, is over 70 goals off the top spot.

It will be no surprise to see Kane hit the 200 Premier League goal mark in the next two seasons should he remain in England and maintain the outrageous goalscoring form that has made him an invaluable asset for Spurs in the past few years, and given how prestigious the coveted record is and how rare an opportunity it is for a player to have a realistic aim of breaking Shearer’s record, the Tottenham star must have this goal in mind alongside winning silverware in his career.

A shot at Premier League immortality will be high on Kane’s ‘to-do list’ during his footballing career, and although it will still be some time before the England international comes within single digits of Shearer’s 260 goal record, the Tottenham attacker will no doubt have it on his mind that breaking the record within the next few years is within his capabilities, and that etching his name into English sporting folklore will be worth its weight in gold as well as more valuable than silverware in his career.

Tactical Analysis: Arsenal’s collapse against West Ham and how they regrouped to rescue a point
Tottenham must shake off Europa League disappointment quickly