Would a trophy justify Tottenham’s poor style of play under Jose Mourinho? 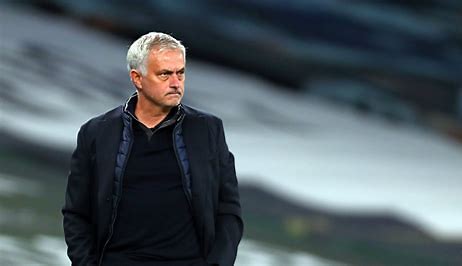 It has been a strange season for all clubs, not least Tottenham Hotspur. Spurs were top of the Premier League in December and for the first time in a long time, they looked like genuine title contenders. Fast forward two months and a poor run of form has seen Tottenham drop from first to ninth in the table.

The appointment of Jose Mourinho in November 2019 was greeted with a great deal of scepticism. The Special One had supposedly lost his mojo and his dull style of football at Manchester United saw him be sacked, despite bringing trophies to Old Trafford. Tottenham finished the 2019/20 season in 6th place and a good transfer window brought an aura of optimism at the impressive Tottenham Hotspur Stadium.

That optimism only grew as Tottenham made a great start to the season. Spurs had one of the best defensive records in the league and Harry Kane’s deeper position allowed Mourinho to get the best out of Son. However, as soon as the results stopped coming, questions marks began to be raised over Tottenham’s so-called anti-football.

Tottenham are currently 9th and no longer in the FA Cup, with some fans even refusing to watch their team because the football has been so negative. However, looking at Tottenham with the glass half full, they are in the EFL Cup final and in the knock-out stages of the Europa League.

Jose Mourinho was brought to the club to win trophies and there is still a good chance that he can deliver that this season and end the club’s silverware drought. But would a trophy justify Tottenham’s negative style of play?

I asked three Tottenham Hotspur fans what they thought.

The first Spurs fan I spoke to believed that a trophy would justify Tottenham’s poor style of play. They admitted that tactically they are not happy with how Mourinho’s Spurs play but believe that, “if it brings trophies it will be worth it”. They also added that even if Mourinho does not deliver a trophy this season they would not want him to be sacked, saying that “it would cost around £30 million to sack him”,  and they would rather invest that money in the summer to buy Jose Mourinho a top class centre back to help improve the team’s defence.

Another Tottenham fan spoke about how Mourinho’s style of play goes against the “Spurs way”, but the desire of winning a trophy outweighs the negative style of play. He said, “We Spurs fans are desperately longing for a trophy. Mourinho was hired to get us a trophy. But his style of play is not always the Spurs way – the attacking, skillful way. In the Carabao Cup final I don’t care how we play, if we win against City. But it’s going to be very difficult.”

The final Tottenham fan I spoke to said, “It’s just not good to watch, and is only acceptable when results are achieved.” They said that “if Spurs win the carabao cup this season we can just about justify it (the style of play) If we do win that and the UEL then yeah I could justify it because that’ll be a good season for us. But then if we don’t build on that the season after and really challenge for the title and more prestigious trophies then yeah I think I’ll be a bit sick of it in the end.”

So, the message from the terraces is clear – Tottenham fans are not happy with Mourinho’s style of play, but if it brings trophies then it will be worth it for Spurs.