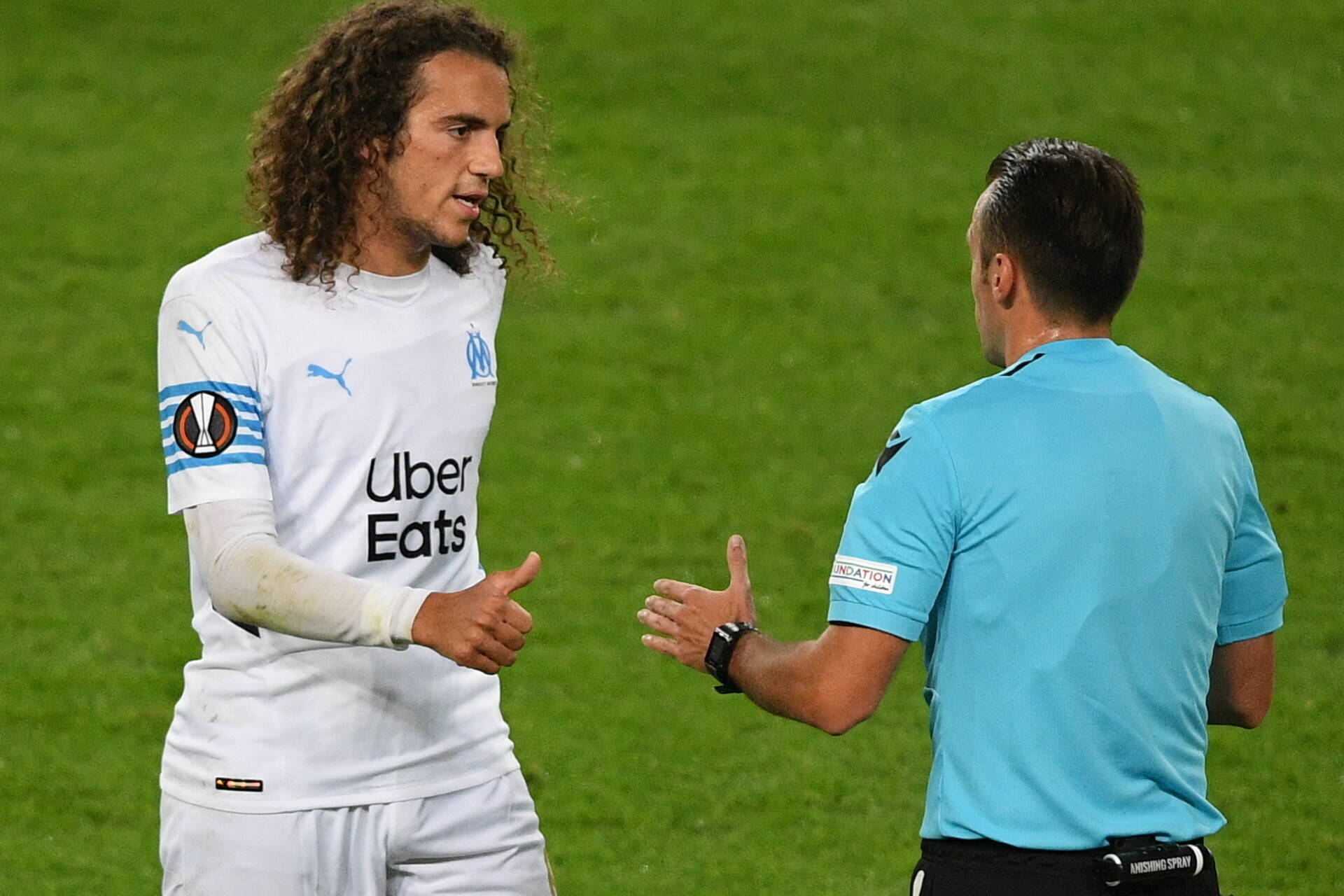 They had 74% of possession and, after Nair Tiknizyan pulled Cengiz Ünder down in the penalty area in the 56th minute for his second yellow card, they led by a goal and a player.

But one moment of carelessness late in the game was all it took for Moscow to equalise. Moscow played out from the back, and Valentin Rongier seemed to have taken care of it, but it fell to Moscow’s Chelsea loanee Tino Anjorin.

Anjorin pushed through the middle and curled a right-footed shot past Marseille keeper Paul López.

Marseille were impressive throughout. They started brightly, controlling possession and pressing high, with the usual standouts Ünder and Mattéo Guendouzi particularly good. Moscow were content to defend in a low block.

In the 27th minute, Marseille had the first good chance from a combination between Guendouzi and Amine Harit (playing up top in a 4-2-3-1) that Moscow keeper Guilherme had to touch over.

But the best chance of the half came against the run of play when Fyodor Smolov fooled Álvaro González – who was otherwise brilliant – and hit the left post.

In the second half, Marseille’s pattern of possession without many opportunities continued.

Just before the hour mark, William Saliba found Guendouzi up the pitch, who broke Lokomotiv’s defence with a volley to Ünder.

Ünder cut in from the right, and Tiknizyan brought him down. In Dimitri Payet’s injury-enforced absence, Ünder took the penalty high and up the middle, smartly past Guilherme.

Marseille were content to seemingly put the match to bed, with Konrad de la Fuente – who replaced Bamba Dieng on the left – less willing than usual to challenge defenders.

But that all changed when Anjorin capitalised on a loose ball and ended Marseille’s hopes of a first European victory away from home since their run to the Europa League final in 2018.

There were three minutes of added time, but there were no more serious chances for either side.