There were doubts when influential players Kevin Nolan, Joey Barton, fan-favourites Jose Enrique and Andy Carroll left, while the club turned to cheap acquisitions of David Santon, Yohan Cabaye and Demba Ba . Yet the Tyneside club took the world by surprise as they qualified for Europa League by finishing 5th in the league, only two seasons after promotion. It will be a challenge for Alan Pardew to live up to the even higher expectation this season.

Notable new signing: While Debuchy and Andy Carroll may seem unrealistic now, Vurnon Anita has becoming the club’s first major signing this season. Newcastle looked short of options down the bench last season when they were looking to defend their lead. Anita can be the solution to it. The 23 years old predominantly plays as defensive midfielder, but also featured as fullbacks under Frank de Boer.

Defence: Tim Krul looks certain to remain between the posts after an outstanding campaign. Steven Taylor is fit again and his partnership with Coloccini in central defence is comparable with the top 4 while Michael Williamson and highly-rated Curtis Good are decent understudies, with James Perch acting as the emergent centreback. Anita’s arrival would help to resolve their left-back problem when Ryan Taylor and David Santon both failed to make that position theirs. If they are, as they say, to challenge top four this season, the defence must contribute to improve their +5 goal difference in 11/12.

Midfield: The Cabaye-Tiote partnership was golden for the successs of the previous season, as well as the revived Ben Arfa. However, both Cabaye and Ben Arfa will be expecting a much tougher physical challenges and lot more closing down. Jonas Gutierrez versatility is invaluable for Newcastle to switch between 4-3-3 and 4-4-2, so as Ryan Taylor. New addition Anita provides the depth Newcastle has been missing in central midfield. With Gabriel Obertan could be on his way out, together with the involvement in Europa League, Shane Ferguson and Haris Vuckic would have more opportunities to impress in the first team. 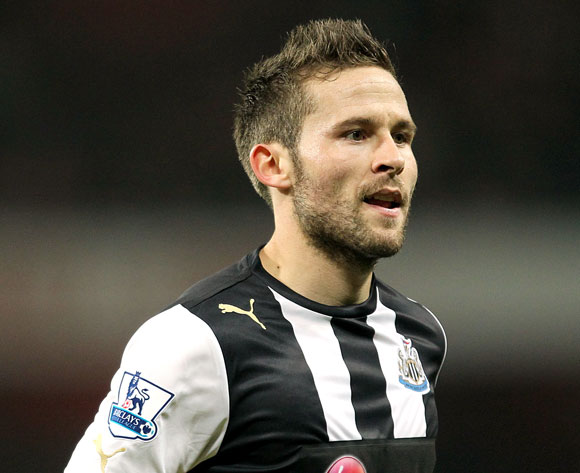 Can Cabaye shake off the 2nd season struggle?

Attack: January signing Papisse Cisse scored 13 goals in 14 matches while Demba Ba ammased 16 goals in 34 games. The Senegaleses were responsible for more than 50% of the team’s goals. Ba was adjusted to a wider role on the left flank last season to accommodate Cisse as a lone striker but in order to realize the true efficacy of the strike partners, Pardew may have to sacrifice his 4-3-3 in favour of a traditional 4-4-2. The Ameobi’s continue to provide strong physical presence off the bench, as well as the troublesome Nile Ranger. Nevertheless, the five strikers do not represent a very wide diversity which could see them struggle to score against certain teams.

Player to watch: Little teams have realised the importance of silencing Yohan Cabaye last season, since he was overshadowed by Eden Hazard and Gervinho in Lille. He enjoyed a breakout debut season in the Premier League, and now he will have to prove himself as one of the division’s top central midfielders .

X-factor: The fans were eager to see Sylvain Marveaux blossom alongside his companions Ben Arfa and Cabaye when he joined Newcastle in 2011. Injuries, though, limited his appearances for the Magpies. As the options in central midfield are far from abundant, Alan Pardew will look forward to the Marveaux who have put behind his injury history and performs at the calibre shown in 2009/10 at Rennes to lead Newcastle to another productive season.

Torres form a False Alarm? Will Chelsea fans lose faith if he can’t produce the goals?
Can England evolve in time for Brazil 2014?