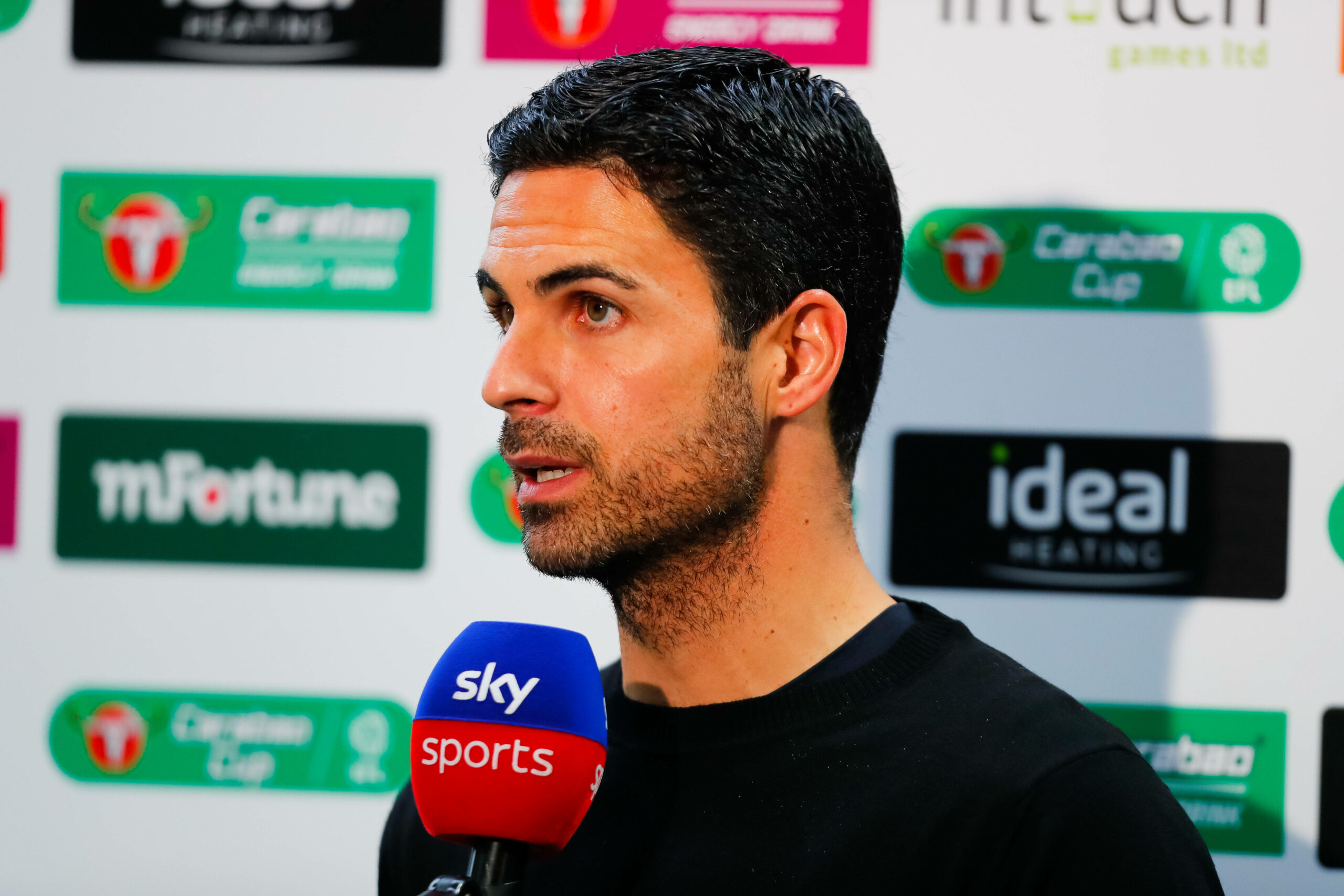 The Premier League returns to action this weekend with a set of exciting fixtures as Arsenal hope to bounce back from a horrendous start to the season.

Fans will be in attendance for a welcome return to club football, and for those driving into games, it’s worth reading this guide to Premier League matchday parking before setting out on your trip.

While the Gunners fight tooth and nail to escape from the drop zone, Chelsea and Manchester United continue their pursuit of top-flight glory.

After leading Arsenal to their worst-ever start in the Premier League, Mikel Arteta has the chance to ease the pressure as relegation strugglers Norwich City arrive at the Emirates Stadium.

September’s international window gave the Spaniard an opportunity to rally his troops and set up tactics to steer his side away from the drop zone.

Nailed to the bottom of the standings, the Gunners have lost their three Premier League fixtures by an aggregate scoreline of 9-0, including a 5-0 thumping to Manchester City last time out.

Desperate to get off the mark, the London giants take on a Norwich side tipped for a season-long dogfight against the drop.

Just like their opposition, the Canaries have lost each of their opening three top-flight games, although they have at least found the back of the net.

Arsenal can fall back on an impressive recent H2H record on home turf, having won their last four Premier League meetings with Norwich, notably netting 3.00 goals on average per match in the process.

However, another failure could spell an end to Arteta’s reign in north London.

Cristiano Ronaldo’s sensation return to Old Trafford has been making headlines ever since United’s deal with Juventus became official in late August.

The 36-year-old could make his second Red Devils debut on Saturday when Steve Bruce’s Newcastle United side arrive at the Theatre of Dreams.

Ronaldo’s potential inclusion in the starting line-up could be a good omen, considering his previous United debut yielded a 4-0 thrashing of Bolton Wanderers at this venue.

Despite having entered the autumn of his career, the Portugal captain is fit and firing, as witnessed by his recent performances for the national team.

Fresh from making history with a brace against Ireland, Ronaldo will be keen to get things rolling in familiar surroundings from day one as the Magpies face another formidable challenge.

After conceding at least three goals in each of their last four top-flight trips to Old Trafford, Newcastle could provide Ronaldo with a prime opportunity to get off the mark in his first match under Ole Gunnar Solskjaer.

Romelu Lukaku hit the net just 15 minutes into his second Chelsea debut as the Blues cruised to a comfortable 2-0 victory over Arsenal at the Emirates.

Despite drawing a blank against Liverpool at Anfield last time out, the Belgium international gave Virgil van Dijk and co a hard time, helping his 10-man side eke out a 1-1 draw against Jurgen Klopp’s team.

After enduring an underwhelming first stint at Stamford Bridge, the 28-year-old has a point to prove as an unpredictable Aston Villa side visit west London.

A victory here would see Thomas Tuchel’s title-chasing Chelsea side become only the second club after Manchester United to register 600 Premier League wins.

This potential landmark day is also an opportunity for Lukaku to score his first goal at Stamford Bridge since returning from Inter Milan in the summer.

Chelsea have penetrated Villa’s backline in each of their last eight Premier League H2Hs and, given the Belgian’s scoring prowess, that trend looks likely to continue.