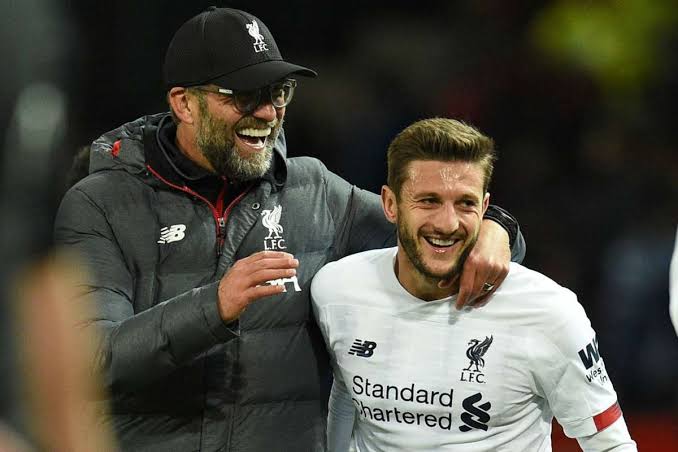 The Former Red detailed the honest talk with Klopp that encouraged him to start looking for a new club, back in October 2019.

The 32-year-old was one of the first Liverpool players to embrace Jurgen Klopp’s high energy, counter-pressing style of play, and a key part of the Reds’ success during the early days of Klopp’s regime.

Due to a combination of injuries, age, and strong competition for positions, Lallana found himself in and out of Klopp’s starting line-up.

After enjoying six seasons at Anfield, ending his time at the club as part of the Reds team that won their first Premier League title in a generation, Liverpool opted not to renew his contract which expired at the end of the 2019/20 season.

In an interview with BBC Radio 5 Live on Friday, Lallana provided some insight into his relationship with Jurgen Klopp, and he detailed the conversation he had with the Liverpool manager that led his exit at Anfield.

“To give you a bit of an insight, I spoke to Jurgen (Klopp) in October of last year and just sat down and had an open conversation,” Lallana said.

“We have a great relationship and I just said ‘what’s it looking like for me next year?’. I know I’m out of contract and I know I’m not playing regularly.

“Although I had a pretty big role in the squad around the team, I wanted a bit of honesty. He basically said to me in October, ‘get your agent to start looking for another club’.

“That doesn’t mean you’re not in my plans or he isn’t going to use me. Four days later he brought me on at Old Trafford and I scored the equaliser and I think that shows what type of person Jurgen is. He’s very honest.