Atalanta 2-3 AC Milan: La Dea’s comeback attempt is too late as the Rossoneri impress in Bergamo 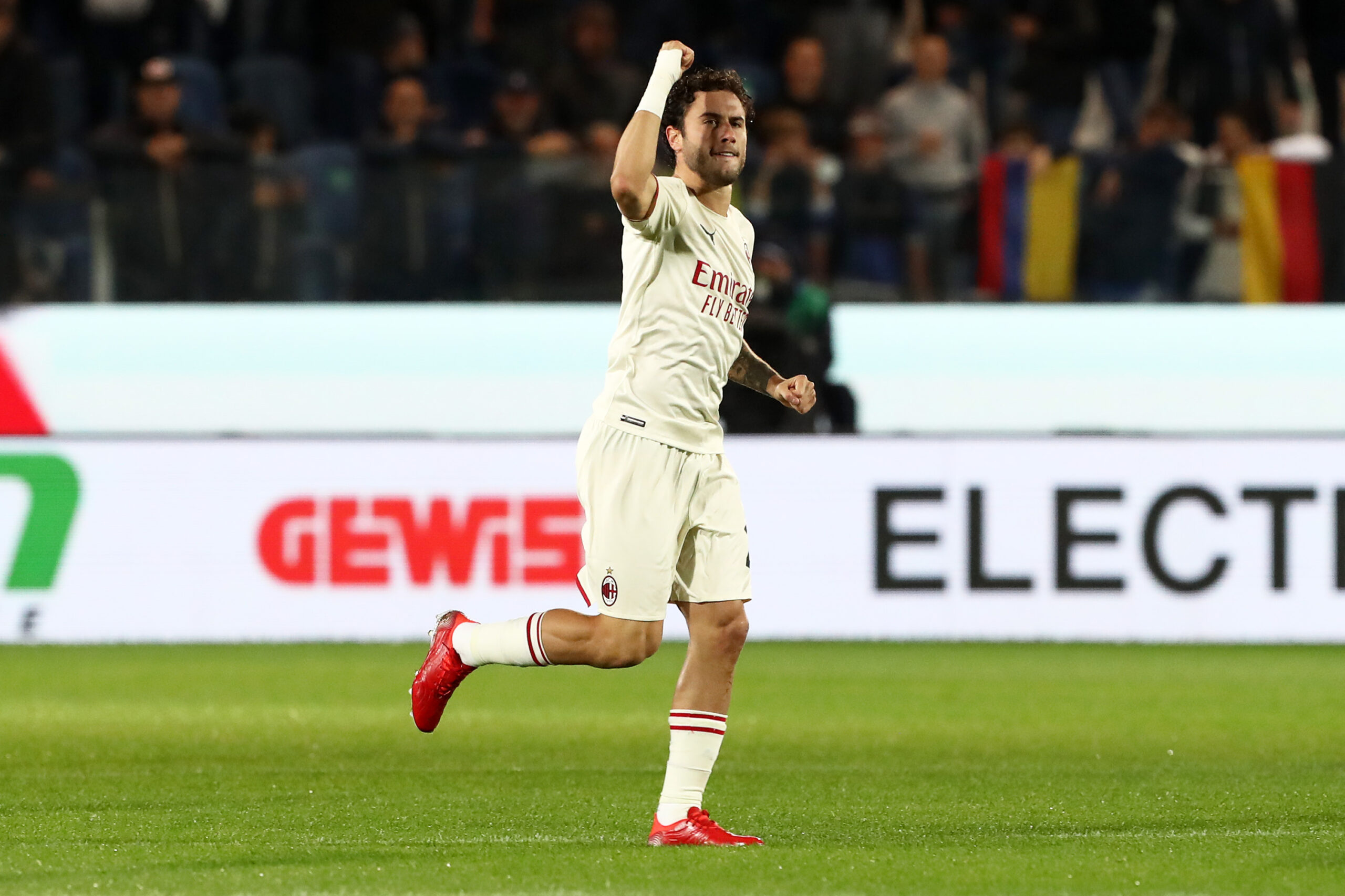 AC Milan matched their best-ever start in the three-point era after seven matches as they defeated Atalanta 3-2 to remain one of the three teams who have yet to lose in Serie A.

Milan went on the attack from the start and it took them just 28 seconds to find the back of the net.

The right-back attempted a shot that was spilt by Atalanta goalkeeper Juan Musso and the Rossoneri got lucky as the ball fell back to Calabria, who tapped it into an empty net to open the scoring.

Milan played an impressive first half on both sides of the pitch. They broke down all of Atalanta’s attacks with their pressing and maintained their high tempo throughout the first 45 minutes.

Just before half-time, Sandro Tonali dispossessed Remo Freuler outside Atalanta’s 18-yard box and found himself one on one with Musso.

The midfielder kept his composure as he fired home to give the Rossoneri a two-goal lead.

Milan goalkeeper Mike Maignan was called to action on plenty of occasions in the first half. He made several important saves to preserve his side’s lead and was also excellent with his distribution.

Stefano Pioli’s side continued to dominate in the second half and it seemed that the game was put beyond doubt as the Rossoneri scored a phenomenal counter-attack goal in the 78th minute.

Substitute Junior Messias received the ball at the halfway line from a Franck Kessie header and he laid a pass for the run of Hernandez.

The left-back came darting as he brought the ball deep into Atalanta’s half before playing a through ball for Rafael Leao, who buried his shot into the top right corner.

The home side was given a late lifeline as they were awarded a controversial penalty after a handball by Junior Messias.

The Milan skipper tried blocking Davide Zappacosta’s shot, but the ball redirected off of the substitute’s body and eventually onto his hand.

Duvan Zapata stepped up to the spot and made no mistake as he blasted the shot past Maignan to give La Dea hope for a comeback.

Atalanta grabbed another goal in the fourth and final minute of stoppage time.

Messias fell over in his failed attempt to contain Zapata, who then sent a low ball across the box to find Mario Pašalić. The former Milan player took a touch before firing into the back of the net.

Milan argued that Messias was fouled by Zapata in the goal’s build-up but the referee allowed the goal to stand.

The Rossoneri left Bergamo with three vital points and moved up to second place in the Serie A table with 19 points.

Atalanta remain in eighth on 11 points but it is no concern to manager Gian Peiro Gasparini as his side have historically started slowly and picked up form during the winter months.