Coup d’Piccadily: Story of the most unusual transfer in football history 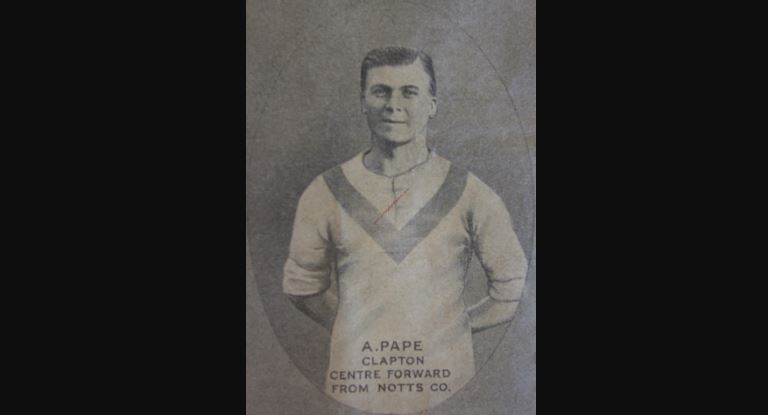 Over the years, Manchester United have proved time and again how to pick out footballing talent.

From the astute signing of Eric Cantona from rivals Leeds United to signing a relatively unknown teenager called Cristiano Ronaldo following a pre-season friendly, United also have a penchant for drama when it comes to transfer dealings.

In recent years, perhaps the stories of Dimitar Berbatov putting pen to paper in the 11th hour or Robin van Persie jumping ship from Arsenal come to mind when it comes to dramatic signings at Old Trafford.

However, one incident which took place 96 years ago in 1925 remains unrivalled at the top as the most sensational transfer coup United have ever pulled off in their glorious history.

Britain declared war on Germany on August 4, 1914, and three days later, Lord Herbert Kitchener, the then Secretary of State for War, kickstarted a recruiting campaign and urged all able-bodied men between the ages of 19 and 30 to help their motherland win the First World War.

Pape who had begun his youth football career with Wath Athletic, joined the King’s Own Yorkshire Light Infantry and played for the regimental football team.

After the cessation of hostilities among the great European nations finally put an end to WW1, Pape, a striker by trade, signed for Rotherham County who had just been promoted to the Second Division.

The Yorkshire man made a scoring debut in Rotherham’s scintillating 4-3 win over Coventry City. In the four seasons that Pape spent with Rotherham, he scored an impressive 41 goals in 113 league matches.

And this is where he caught the attention of the John Chapman-led United, who were then playing in the Second Division.

In the next eight months, Pape scored 11 league goals in 24 league ties. But a funds crunch forced Orient to put 14 of their star players on the transfer list.

In February 1925, Orient were scheduled to play United at Old Trafford. United had recently sold their talismanic striker Bill Henderson to Preston North End in the First Division and were actively in the market for someone who could lead their attacking arsenal.

Chapman travelled the length and breadth of the North in search of a striker.

“In two cases the clubs approached absolutely refused to consider anything less than £5,000 (around £310,860 when adjusted for inflation today) for the player required,” wrote the Manchester Football Chronicle.

Pape, although not the greatest of strikers, however produced results when it mattered. “In the scientific sense he may not be a footballer but he gets goals,” wrote the Manchester Guardian.

Chapman decided to make a phone call to his Orient counterpart Peter Proudfoot before the O’s left London for their trip to Manchester to play United.

A long telephonic conversation ensued, with the coaches and directors of both the clubs agreeing upon a fee of £1,070 (£66,524 today). Pape was friends with United captain Frank Barson and had relatives in the Bolton area so a move to Manchester sounded very appealing.

Orient were scheduled to take a morning train to Manchester and Chapman was told to be present at Piccadily Station to receive Pape who had incidentally been named in the Orient XI to play United at 3:00 PM.

The train from London arrived in Manchester a little after noon and Pape and Chapman decamped at the General Post Office, where the paperwork was wired through to the Football Association and the Football League at 1:30 PM.

“When the teams turned out, just before three o’clock, Pape found himself playing against the men he had travelled from London with, a circumstance he would not have dreamed of, or his old colleagues, an hour or two earlier,” the Manchester Football Chronicle wrote.

Now, from being in the Orient XI to starting for United an hour later at Old Trafford, the sports drama-esque story does not end there. What is even more amusing is the fact that Pape had a stellar debut for United and scored in their 4-2 win against his former team.

Pape’s goal came three minutes before half-time as United went 3-1 ahead in the game. “The goal was exceedingly well-got, for when the ball came to him he had his back to [the Orient goalkeeper, Harry] Wood and was promptly challenged,” the Chronicle wrote.

“Pape, without performing any great things, had made quite a promising start for his new club. The whole United team had played with much impressive dash.”

Pape’s transfer was far from popular in footballing circles. The Derby Daily Telegraph alleged that the existing system “gives too much power to the clubs with the money bags”.

“The lightning transfer has raised a storm of protest from the football writers and countless thousands of enthusiasts,” they wrote.

“Never before has such an outcry been raised against the transfer system. Even huge fees pall before this exploitation of a system which was unpopular before, and is still more hated now.”

Pape’s honeymoon at Old Trafford did not last long. He made 15 more appearances that season scoring four more goals.

In October 1925, he was sold to Fulham. He agreed to sign for the Cottagers only on the condition that he would not move to London but instead stay in Bolton and train with Manchester United.

Five months later, United were pitted against Fulham in the sixth round of the FA Cup. Once again, Pape boarded a train with players he was scheduled to fight in the next few hours. He scored the equaliser, but United managed to sneak a 2-1 win.

Thus ended the episode of one of the most sensational yet bizarre transfer dealings of all-time.