Three games and a coin toss: How Liverpool and FC Köln settled a peculiar tie 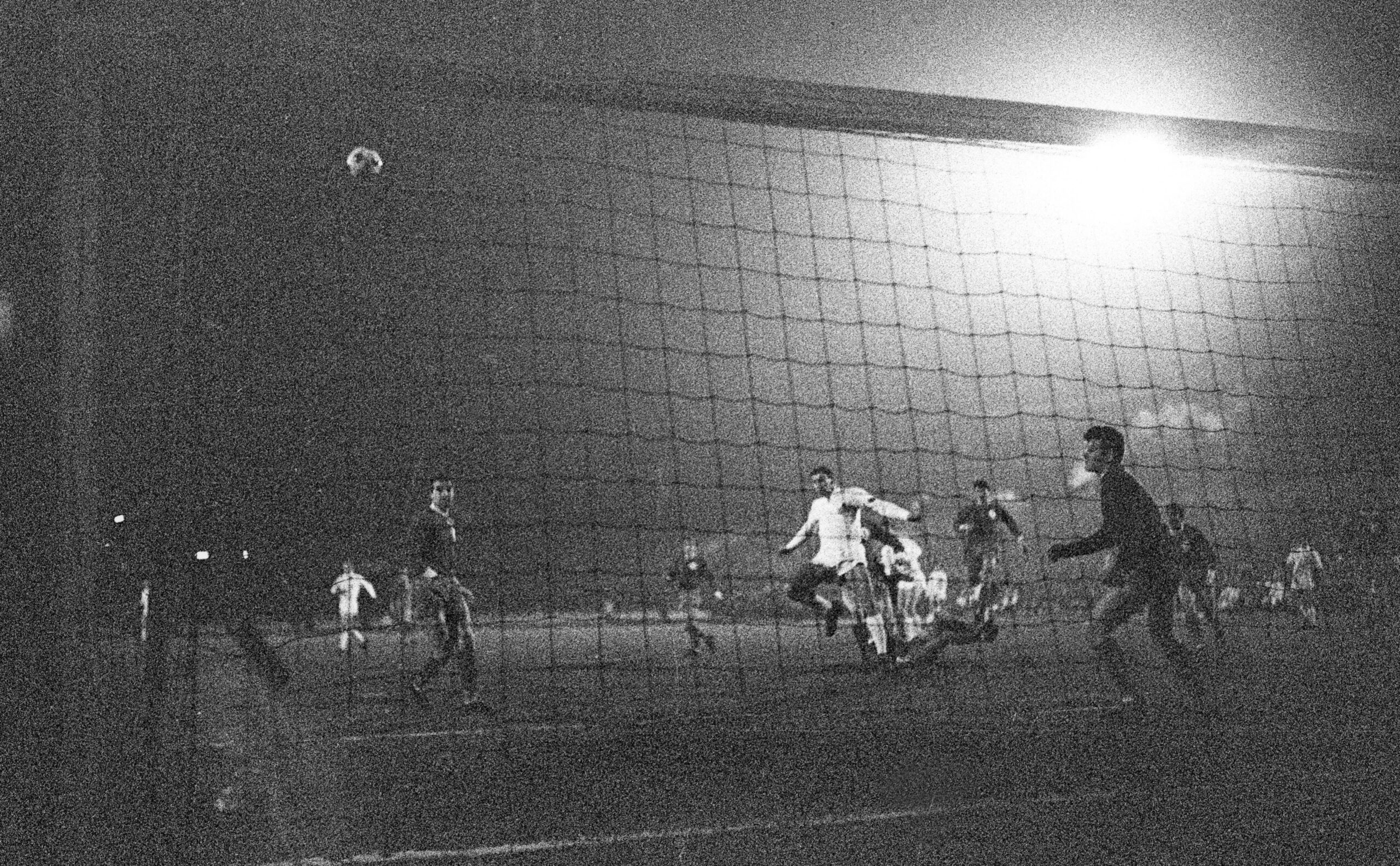 If you ever thought that losing a game through a long and drawn-out penalty shootout was bad then think again.

The year is 1965 and FC Köln and Liverpool FC are the reigning champions of Germany and England respectively.

The George Knopfle-led Köln side had won the inaugural season of the German Bundesliga in 1963-64, spearheaded by their talismanic striker Karl-Heinz Thielen.

Entering the 1964-65 season of the European Cup, Köln were paired with Albanian outfit FK Partizani Tirana. What is interesting is the fact that a minor diplomatic incident took place when the West Germans arrived in Tirana to play the first leg of the preliminary round.

Albania was still a Stalinist state then. Tensions arose when the Albanians realized that Koln had brought their own food and chef with them. Köln administrator Julius Ukrainczyk, through some shrewd negotiations, managed to keep the food but had to send the poor chef home.

The first leg in Tirana ended in a 0-0 stalemate before Köln won the second leg in Cologne 2-0 thanks to goals from Hans Sturm and Wolfgang Overath.

The next round saw Köln face Greek heavyweights Panathinaikos. The first leg ended 1-1 in Athens.

The West Germans were a goal down in the sixth minute in the second leg courtesy of a goal from Giannis Komianidis. Thielen brought the scores level 15 minutes later before Christian Müller scored late in the 75th minute to hand Köln a 2-1 victory in the tie and 3-2 victory on aggregate.

Helmed by the legendary Bill Shankly, Liverpool on the other hand had bid goodbye to second division obscurity to touch the zenith of top tier football.

The preliminary round pitted Shankly’s men against Iceland’s KR Reykjavik. Braces from Gordon Wallace and Roger Hunt and a late strike from John Chisnall secured a 5-0 away victory in the first leg at the Laugardalsvöllur.

The return leg at Anfield was equally emphatic. A 6-1 thumping ensured an impressive 11-1 aggregate win in the tie.

The Reds met Belgian stalwarts Anderlecht in the next round. Hunt scored in both legs as Liverpool won 4-0 on aggregate.

Liverpool arrived in Cologne on February 10, 1965 for the first leg. Highly anticipated, the match was aired live in seven countries. To give you an idea of how important the clash was, the then West Germany chancellor Ludwig Erhard took time out of his busy schedule to attend the match at the RhineEnergieStadion, then of course known as the Müngersdorfer stadium.

However, the match was anticlimactic as both the teams played out a 0-0 draw.

With everything to play for in the second leg, The Billy Goats arrived in England earlier than expected. So early in fact that they had time to watch Liverpool lose 2-1 against West Ham United in a First Division tie at Upton Park.

When it was time for the second leg, 52,876 fans passed the turnstiles at Anfield. However, as luck would have it, a snowstorm disrupted the proceedings resulting in the tie being called off. It incurred a financial blow to Koln who had already spent 10,000 Deutsche Mark, half of their travel expenses, on the trip. The 400 West Germans who had made it to England also bore the brunt of the cancellation.

A fortnight later, the ball was rolling at Anfield in what was one of the most spectacular defensive displays of football by Köln.

The game finished 0-0 again but Anton ‘Toni’ Schumacher, the Koln goalkeeper, was so monumental that the then Mayor of Liverpool Luis Caplan personally congratulated the custodian by going into the away dressing room at Anfield.

With nothing to separate Liverpool and Köln, a replay was arranged on March 24 at the Feijenoord Stadium in Rotterdam.

The Reds took an early two-goal lead through strikes from Ian St John and Hunt. But the West Germans hit back with goals from Thielen and Johanns Löhr.

The scores were level at 2-2 at the end of the game.

Penalties were still five years away to grace club football’s grandest competition. All eyes turned to Belgian referee Robert Schaut. The tie was to be settled by flipping a coin.

Liverpool captain Ron Yeats and his Köln counterpart Overath stood on either side of Schaut at the centre circle; a couple of cameramen shadowing the players. But even something as simple as the toss of a coin involved heavy drama.

“I got in first to the referee and said ‘I’ll have tails,” recalled Yeats. “Lucky for me the referee said okay.”

Schaut flipped the coin, Yeats and Overath’s gazes closely following the turning of the coin. However, it landed at an angle that made it impossible to determine whether it was heads or tails.

“Ref, you’re going to have to re-toss the coin,” said Yeats.

“I thought the German captain was going to hit him. He was going berserk because it was falling over on the heads,” the Liverpool captain recalled. “He picked it up, it went up again, and this time came down tails.”

“We were coming off and who is standing there but Bill Shankly. I was first off the pitch and he said ‘Well done, big man. I am proud of you. What did you pick?’ I said, ‘I picked tails, boss.’ I was waiting for the adulation but he just went, ‘I would have picked tails myself,’ and walked away.”

Thus ended one of the most peculiar European Cup ties of all time.

Tipped to lift the Cup at the Estadio da Luz in Lisbon, Liverpool met Inter Milan in the semifinals.

After winning the first leg 3-1 at Anfield, Shankly’s men succumbed to a 3-0 drubbing at San Siro, losing the tie 4-3 on aggregate.

Inter went to beat the Eusebio-led Benfica 1-0 in the final to win their second consecutive European Cup.

Three memorable matches between Real Madrid and Liverpool
Coup d’Piccadily: Story of the most unusual transfer in football history