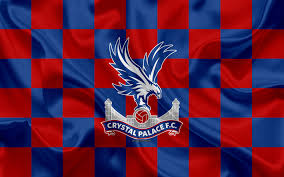 According to the Daily Mail, Crystal Palace have joined the chase for Schalke defender Ozan Kabak who has already sparked an interest in several top clubs.

It has been reported that Premier League sides Manchester United and Leicester City are already monitoring the 20-year-old while current Bundesliga table-topper RB Leipzig are also keen to sign the talented player.

The Turkey international is reportedly valued at around £25 million by the German side.

The Eagles are struggling defensively this season, with the Selhurst based side managing to keep only two clean sheets so far in the top flight. Therefore, it makes sense for them to go for a hugely talented defender like Kabak who has clocked up nine league appearances this campaign for the Miners.

The 20-year-old spent his youth career at Galatasaray where he rose through the ranks to make 18 senior appearances for the Turkish side before moving to VfB Stuttgart in the 2019 winter window.

He struck three goals in 15 Bundesliga appearances for the Swabians and landed a move to Schalke in the following summer where he has been earning rave reviews for his performances in the German top-flight.

So far, he has racked up 37 appearances in all competitions for the Miners, scoring three goals and creating one assist.