Does the ‘third Kyle’ lie within United already?

Sheffield United manager Kevin Blackwell insists that his club’s academy graduates are capable of replacing the players he will be forced to sell before the start of the Coca-Cola Championship season next month.

Blackwell, who oversaw his side’s preperations for the season’s opener at Middlesborough in Malta, has already resigned himself to losing 20-year-old Kyle Naughton, who is being linked with Everton, Tottenham Hotspur and Aston Villa, and may yet receive offers for Kyle Walker, 18, and Matthew Kilgallon – three essential components in a defence which helped them to the Championship Play-Off Final in May. 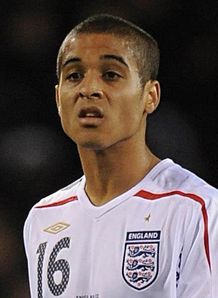 Naughton – Destined for the top

Rumours linking academy graduates Walker and Naughton with moves away from United suggest that up to £10m could find its way into Bramall Lane coffers – but Blackwell may not be forced to spend any portion on that on a replacement if any moves do materialise.

We’re a good club and we can attract good talent,” Blackwell told The Sheffield Star.

“People want to come here – I know that because I had to recharge my phone twice in one afternoon when everyone realised what had happened. All the calls were people trying to recommend someone.

“What we’ve also got to do now is unearth the next Kyle Naughton.”