Been several rumours this week from Young Goalkeepers to a Juventus & Danish International so very broad indeed.

Alex Smithies – It’s been doing the round on the messageboard’s is that Stoke with several Premiership Clubs are considering bids for Huddersfield and England U19 goalkeeper Alex Smithies. With rumoured bids of around £3m been touted it seems to be a expensive purchase but possibly a great bargain for one of the best young goalkeepers in England. I have heard rave reports about this youngster but I have never seen the young man in action so it would be unfair to comment on performances but if big teams are sniffing about it must mean the boy is a bit special.

The Next Big Thing Maybe Arriving?

Owain Fon Williams – Yeah that’s right the Former Crewe man is on Stoke’s young goalkeeper hunt. An exclusive on Stoke-Mad reported that we we’re looking at the Former Welsh U21 goalkeeper; with Stockport County in a bit of financial difficulty at the moment It does seem like a strong possibility; not as nationally known as fellow youngster Smithies but still a lot of positive have been coming from the Greater Manchester club to show the lad can step up to the best league in the world one day.

Dida – The former Brazilian number 1 is reportedly interesting The Mighty Potters. Dida is now 3rd in the pecking order at the San Siro behind Christian Abbiati & recent signing Flavio Roma it would seem he’s on his way out with many of the fans looking forward to seeing the back off him. On a massive €4m a year deal it looks like one of the strange transfer links but at 35 and near the end of his career maybe he would want to show he has still got it in him?. I hope this is not true and to be honest It’s highly unlikely he would come but I have never rated him even during his prime years and now at 35 he would be just a player not good enough on a huge wage. 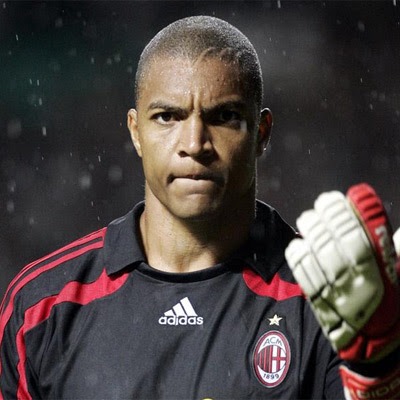 Ibrahima Faye – The central defender is reported to be on trial with the first team. A Senegalese International with 3 caps and played in Ligue 1 and the top level in Belgium there maybe a good signing in there. I’ll be honest I have never heard of him and my footballing brain is very knowledgeable of players from across the world so maybe this says something?. He currently plies his trade for Troyes who recently we’re relegated to the third tier of French football (Championnat National) and been the key figure of defence it doesn’t look to promising.

Christian Poulsen – Another internationally renowned player has been linked to The Potteries. A strong central midfielder who is also a fellow international team mate of Tommy Sorensen is rumoured to be unwanted by the Old Lady’s. After a terrific 2 seasons with the Spanish club he was highly tracked by the big clubs in Europe it was Juventus who won the battle which cost them €9.75m which was by far the Dane’s biggest move of his career but was blighted by injuries that restricted him to 23 appearances. According to tribal football it is believed they have rejected an offer from Stoke as they want to keep him so it can’t add up and it is highly confusing but I think it’s another out of the blue rumours.

Another Huge Name To Be Linked

Isaac Vorsah- The big guy is once again been banded about around the Internet with Stoke desperate to add some strength, power & pace to the central part of the team; standing at a towering 6″5′ it’s easy to see Pulis attraction with the Ghanian International who can also play at Centre Back. At the age of 21 he is a youngster with great potential and was voted Ghana’s best defender at the tender age of 19. I think there is a huge interest in this guy from Stoke and would love the prospect in seeing him in a Red and White shirt.