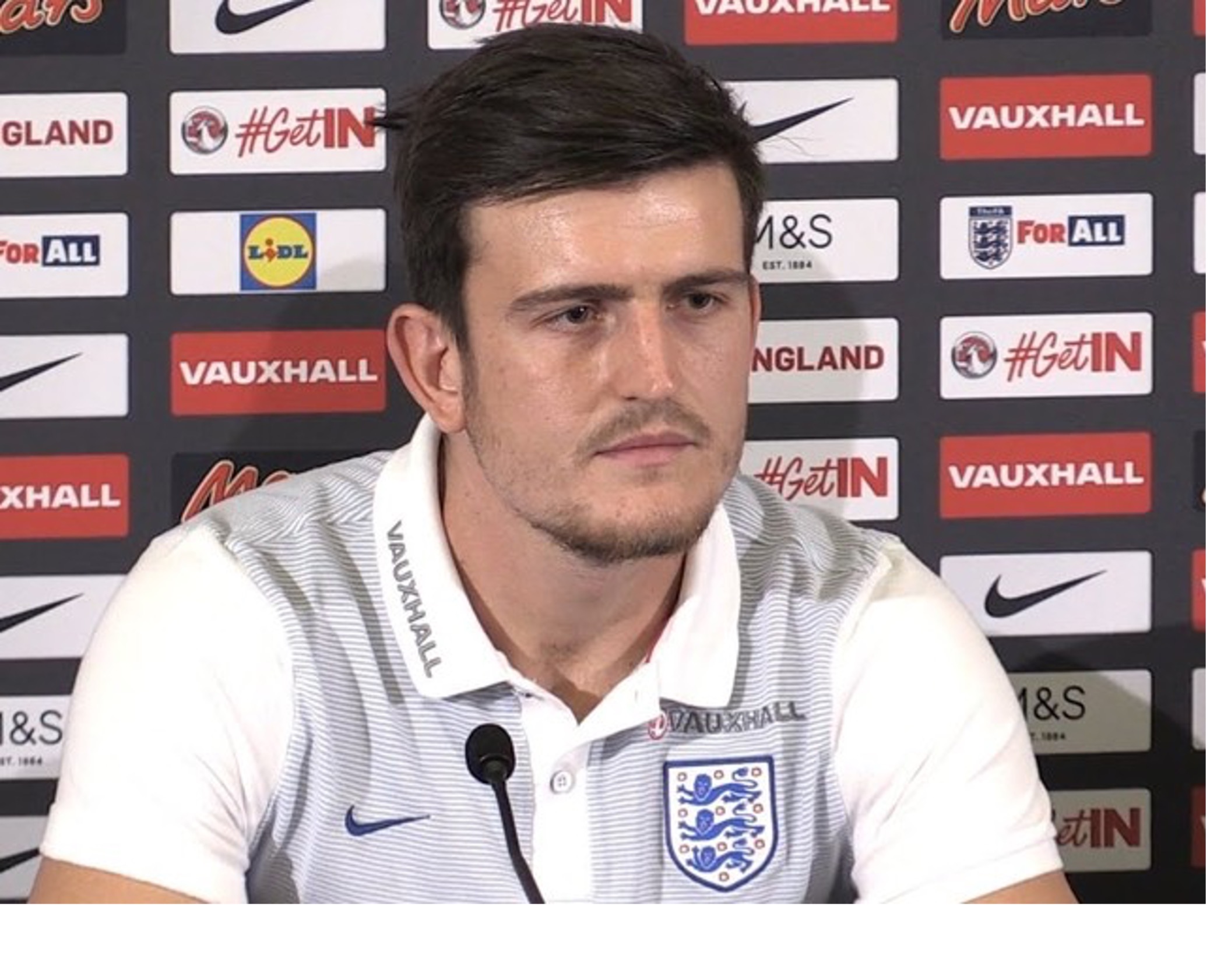 By and large, the tabloid media has toned itself down a bit when it comes to coverage of the England football team.

If you think back to the lead up to the 2002 World Cup when The Sun newspaper was beseeching readers to pray – Beck Us Pray, went the cringeworthy headline – for the recovery of David Beckham’s foot, it was all a bit much.

overage has changed since the early 2000s and the zenith of celebrity football culture. Perhaps it is due to the chastening of England and several major tournaments throughout the 2000s and 2010s, but it all feels a little more mature and subdued.

And yet, we wonder whether The Sun missed a trick in not begging its readers to pray for Harry Maguire’s ligament injury?

Maguire suffered the injury against Aston Villa, and he looks a doubt for Manchester United’s remaining games, including the Europa League Final.

On paper, Maguire is not as important to England as the ‘other’ Harry – Kane – but United fans have been given quite the wake-up call on the importance of their captain.

The United defence has looked all at sea since Maguire’s injury, and Southgate will surely have noticed.

Maguire break records for his minutes

You see, the problem for Unite and England is that Maguire has become so utterly dependable. He was ever-present for United this season in the league up until that injury against Villa, and he played in every league game the season before.

In fact, in the 2019/20 season, Maguire played more minutes – 5,509 – than any other professional footballer worldwide. Those minutes include games for England, where he was, of course, ever-present.

The point we are making is that England fans have come to consider Maguire as a first-name-on-the team-sheet kind of guy. And now that there is a chance he might not be available, it gives an air of uncertainty.

Southgate has many decisions to make about his backline, including whether he should play three centre-backs or two. Maguire has been the only constant in Southgate’s thinking over the last couple years, and that makes things difficult.

Consider the options England have at centre-back. John Stones was the likely partner for Maguire in a back two, with Kyle Walker being the third man in a back three.

Outside of that trio, you have Conor Coady, Tyrone Mings, Eric Dier and perhaps Michael Keane. With all due respect to that quartet, there is no denying that centre-back is where England have the least depth. That was a crack papered over by Maguire’s stalwart performances and constant availability.

Maguire has grown into his role at United

It has been remarked before that Maguire plays better for his country than his club. But his performances improved for United in the latter half of the season, and as mentioned, his absence has hurt Ole Gunnar Solskjaer’s team.

Taking injured players to major tournaments is always a bit of a gamble. However, but Southgate perhaps has a little bit of luck to make his decision easier should Maguire be rating 50/50. First, England’s opponents in Group D are quite weak.

Yes, Scotland will put up a fight as games against the Auld Enemy are always tough. But as pointed out by the writers on MansionBet’s UEFA Euro 2020 blog, Croatia’s “class of 2018 have little left to offer” and the Czech Republic “lack star quality”. England should walk this group – with or without Maguire.

But another gift has been handed to Southgate – an extra three players in the squad after UEFA said it would allow 26 instead of 23.

Southgate has spoken about picking three auxiliary players, who would only be called up due to injury or suspension in the original 23.

But if he is confident about getting through the group stage, why not consider picking players who need some time to recover from injury, bringing them into the fold later in the tournament? Maguire fits that bill, as might Jordan Henderson and Jack Grealish.

Perhaps this will all be a moot point. United fans are crossing their fingers that Maguire will be fit and ready for the Europa League Final, meaning he would be part of Southgate’s plans. However, seeing the 28-year-old in crutches recently does not inspire confidence.

England are favourites or co-favourites for Euro 2020 with most bookmakers. That comes down to several factors – a quality squad, most games at ‘home’ at Wembley, an easy group.

But somewhere in those bookmakers’ calculations, there would have been the Maguire factor. Take that out, and England might be in more trouble than you would think.