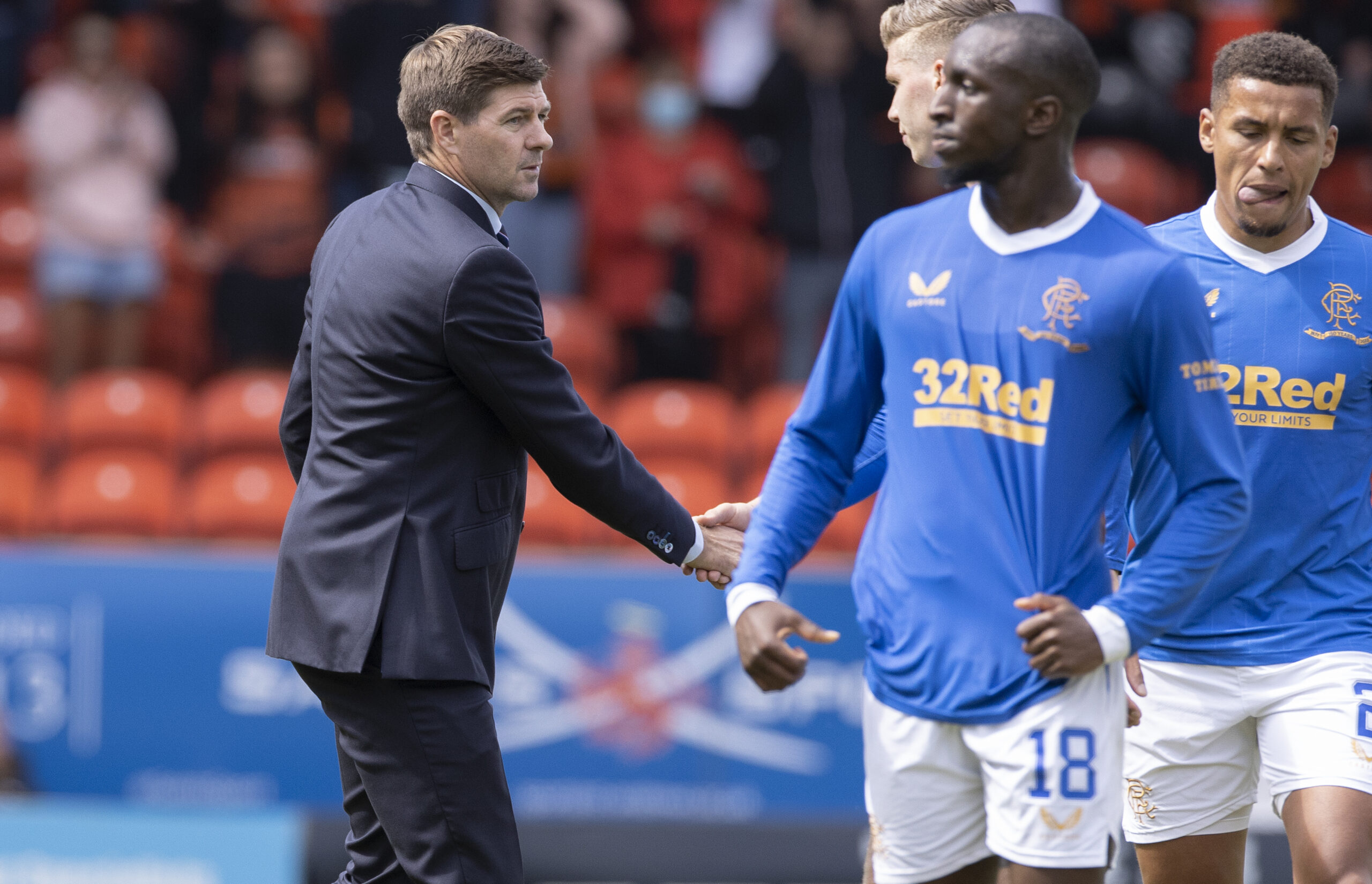 From Rangers’ must-win home meeting with Brondby to Lazio’s heavyweight encounter against Marseille, let’s take a look at the four most exciting Europa League match-ups to watch out for on Thursday.

Rangers have no margin for error against Brondby

Rangers’ hopes of making it out of the Europa League group stage will be on the line when they take on Brondby at Ibrox.

Nailed to the bottom of Group A, Steven Gerrard’s men have lost both group stage fixtures this season without scoring, and another failure here could put knockout qualification beyond reach.

Although a 1-1 home draw with Hearts in the Scottish Premiership over the weekend is not an ideal warm-up, the hosts can call upon thrilling memories of their historical match-ups against Danish sides.

Rangers have won seven of their eight European competition meetings with Danish opposition (D1), including a pair of victories over Midtjylland during Europa League qualifying in 2019/20.

However, the Gers have suffered three defeats in their last four European outings at Ibrox (W1) – as many reverses as they had in their 26 European home games beforehand.

Napoli to get their Europa League campaign off the mark

Deemed one of the leading candidates to wrap up the Europa League title this season, Napoli have failed to live up to expectations and could suffer an early exit.

After holding Leicester City to an enthralling 2-2 away draw on Matchday 1, the Partenopei fell to a dismal 3-2 home loss to Spartak Moscow last time out.

A brace of unexpected 1-0 victories over Leicester and Spartak has fired Legia to the top of the group as they go into this encounter seeking revenge for two losses in their only previous European H2Hs.

Meanwhile, Napoli have run riot against Polish opposition of late, winning all three previous such duels across Europe’s major competitions.

West Ham United will entertain Genk at the London Stadium, looking to all but solidify their place at the top of Europa League Group H.

After easing past Dinamo Zagreb 2-0 on the road in their group stage opener, the Hammers outscored Rapid Wien by the same scoreline in the following round.

Comfortable at the top of the section, David Moyes’ men are on the verge of reaching the competition’s knockout phase for the first time in the club’s history.

A victory over underperforming Genk would almost certainly seal the deal for the Premier League club, who have lost their only previous European clash against Belgian opposition.

The Belgians have lost their last three away matches in all competitions by an aggregate score of 9-4, conceding 2+ goals on each occasion.

On that basis, it is not surprising that the odds are stacked against them here.

Lazio and Marseille will go head-to-head at the Stadio Olimpico in arguably the most exciting match-up on Thursday’s Europa League schedule.

Maurizio Sarri’s team bounced back from an underwhelming 1-0 away loss to Galatasaray in their Group E curtain-raiser with a comfortable 2-0 home win over Lokomotiv Moscow last time out.

Meanwhile, the Ligue 1 visitors have played out a pair of uneventful draws, both of which featured a goalless half-time scoreline.

With just one point separating the sides going into this matchday, Marseille will aim to leapfrog second-placed Lazio with a win here.

However, a run of five consecutive defeats to Italian opponents in European football suggests Jorge Sampaoli’s men may need to wait for a better opportunity to record their first Europa League triumph this term.