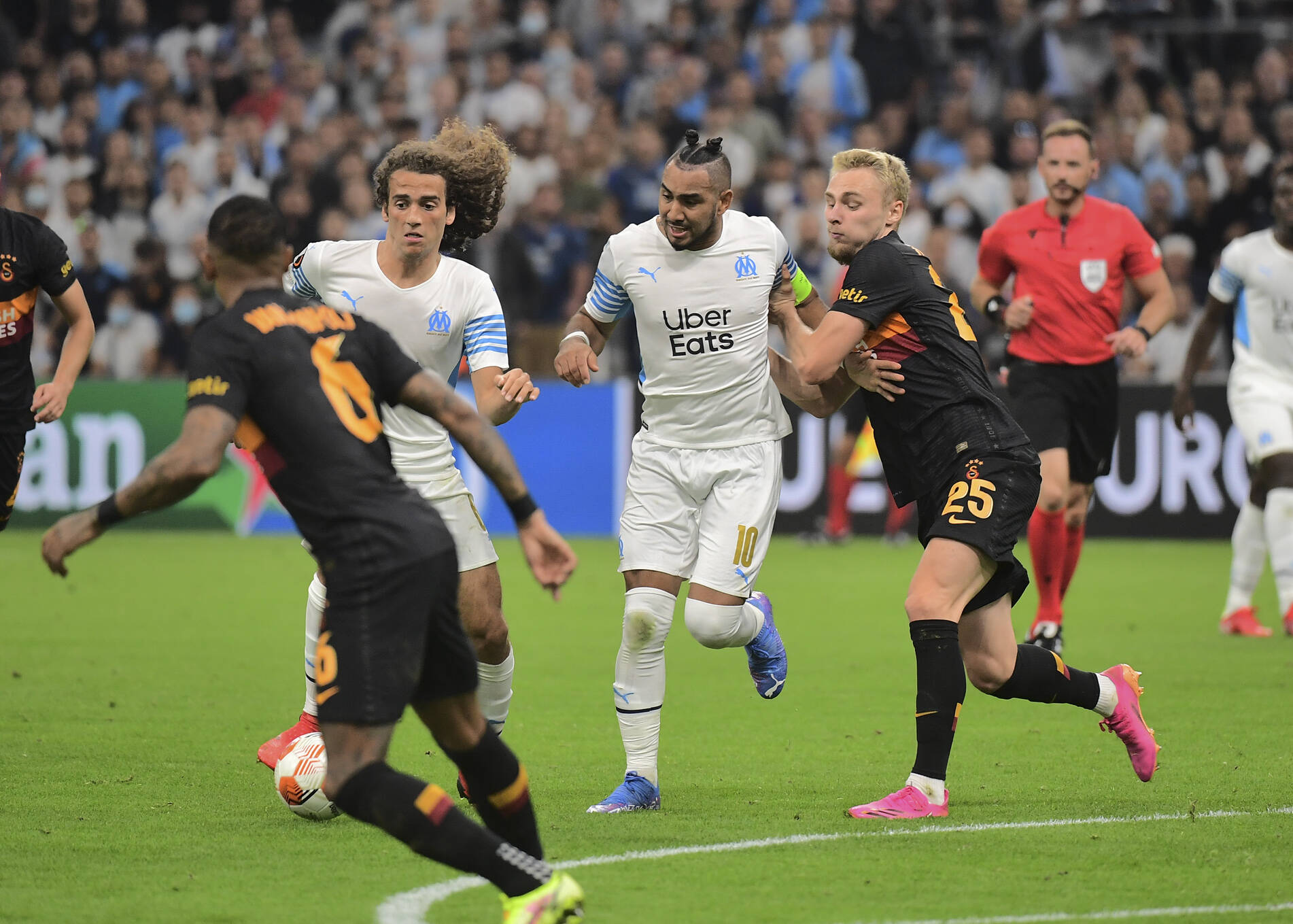 Another Europa League match – another frustrating draw for Marseille.

This was expected to be a fiery encounter, with Galatasaray and Marseille two of the proudest fan bases in Europe.

Smoke bombs were thrown for an hour before the game, primarily but not exclusively by the small corner of visiting fans.

Questions must be asked of how, despite intense security preparations, these projectiles were allowed into the stadium.

The situation was calmed temporarily, and Galatasaray started stronger. Marseille have struggled to maintain the intensity they showed in their first few matches, and Galatasaray were better in the first half hour.

However, they didn’t create any chances of note, and Amine Harit restored some fire to Marseille with a good run down the middle that led to a blocked shot after 35 minutes.

The smoke bombs began to explode again soon after, and the match had to be halted. Fans of both sides were throwing projectiles back and forth and trying to cross the empty zone reserved between them.

Galatasaray had the best shot of the half when the referee accidentally kept Pau López’s parry of Sacha Boey’s effort from falling to an onrushing teammate.

Marseille were better throughout the second half, and Bamba Dieng was a second too late to convert a perfect cross by Ünder on 50 minutes.

Ten minutes later, William Saliba headed a corner off the bar at a tight angle before Arkadiusz Milik made his return from the injury that has kept him out all season.

It looked as if Marseille would have the chance to take three points when Van Aanholt brought Guendouzi down on the edge of the box in the 75th minute, and the referee gave a penalty.

But after four minutes of VAR-induced waiting, he reversed his decision. While the original decision didn’t seem clear and obviously wrong, the contact was minimal.

Galatasaray dropped further and further back in the last 15 minutes and the eight minutes of stoppage time (for the second half in a row), but Marseille could not find a way through.

After their opening win over Lazio, Galatasaray are top of Europa League Group E with four points, while Marseille are third with two.