Gills see off Bantams in 2-0 win 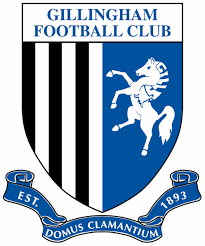 The Gills crucially solidified their play-off position further today with a important 2-0 victory against Bradford, bringing a halt to the run of four consecutive draws. The win also saw the Gills extend their unbeaten record to an impressive nine without defeat, a record which could prove pivotal if Gills are to be promoted come the end of the season.

The game wasn’t played without controversy though, a few dodgy decisions made by Referee Steve Rushton prevented any real flow to the game and denied Gills what appeared a stone wall penalty after Andy Barcham was bundled to the floor by Lewis Hunt. Despite an early chance from Bradford’s giant centre-back Luke Oliver who headed narrowly wide from a bantams corner, the Gills back line defended immensely well. The much needed goal arrived late in the first half when a precisioned ball to the far post from Curtis Weston met the head of Bayo Akinfenwa who calmly notched up his 9th of the season. The first half drama didn’t end there as Bradford had a penalty shout turned down, leaving interim manager Peter Jackson feeling hard done by.

If the opening stages of the first half frustrated the Gills fans and players, then the second half start would undoubtedly have made up for it after a superb Curtis Weston goal sent the Gills into a 2-0 lead just 36 seconds after the interval. Peter Jackson’s side looked to reduce the 2-0 deficit straight away but despite their best efforts, they found no opening past the formidable Gills back line. there were plenty of chances in the second half including a well placed header by Cody Mcdonald which looked certain to end his goal drought, Lenny Pidgeley had other ideas and fantastically palmed the ball over the wood work. Boom Boom Adebayo Akinfenwa was substituted in the 83rd minute and left the field to a standing ovation signifying how important a player he has become to the Gillingham side. Garry Richards had an effort cleared off the line late on but it didn’t prove costly as Gills secured their first win since beating Rotherham 3-1 in February.

The Gills travel to Roots hall Tuesday night where they meet Southend United who will be looking to reduce the points difference between them and the final play off position which Gillingham possess. The last time the two teams met was a dull affair on a cold Tuesday night resulting in a less than convincing 0-0 draw. The Gills are a completely different outfit since then though and will be looking to secure all three points and creating further daylight between them and the chasing pack seeking to gain a play-off position.

Gills draw again
Why Does Nobody Care About Tranmere?