Innovative to predictable: How Mourinho’s tactics have changed from Real Madrid to Tottenham 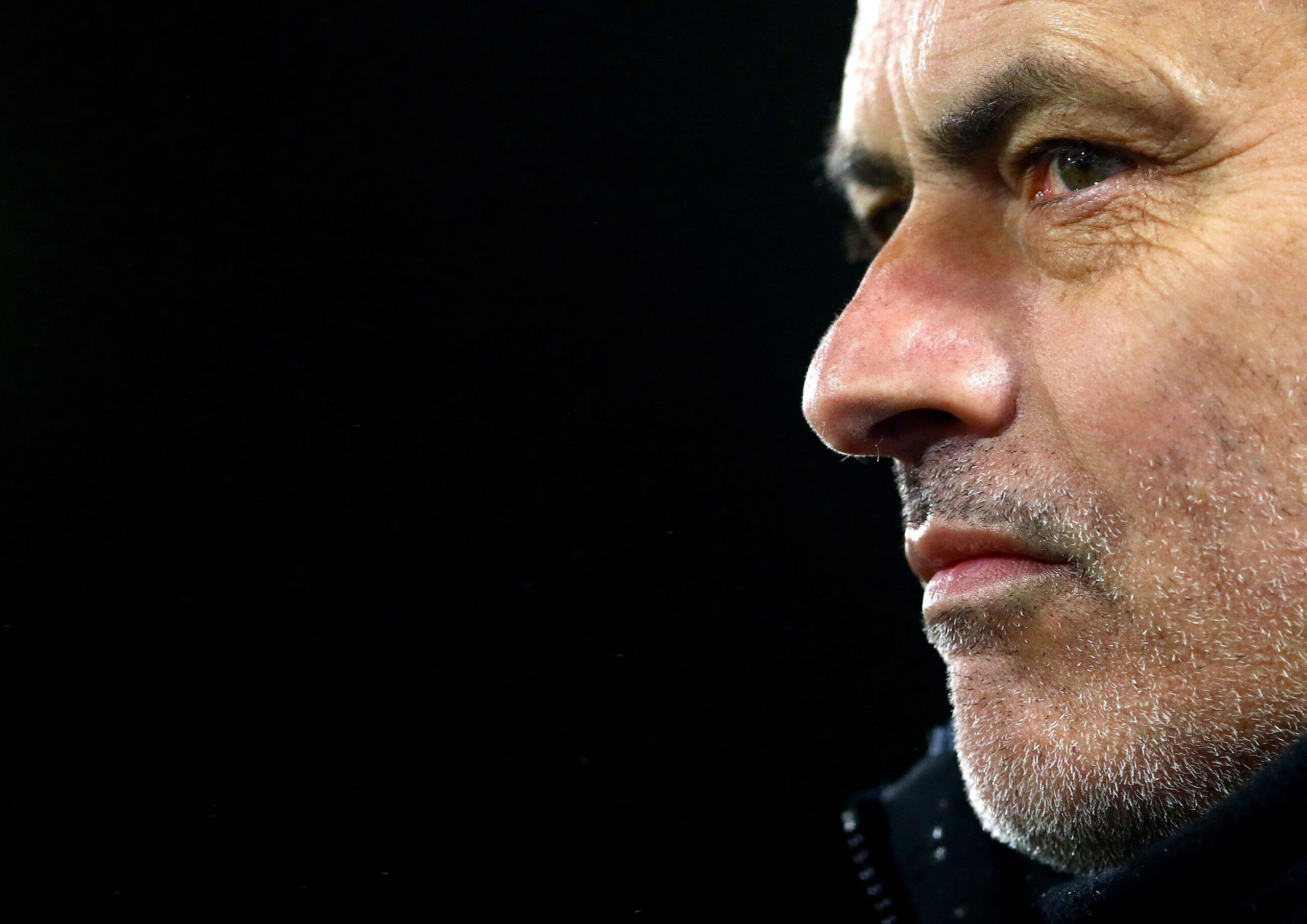 Regardless of what the future holds, Jose Mourinho will go down as one of the most tactically-astute managers of a generation.

However, with Tottenham Hotspur currently floundering under his stewardship, it is hard not to ask the questions – just what has changed and why are things going wrong?

Mourinho’s track record speaks for itself and there are countless legendary matches where his teams have gotten the better of a superior or more fancied opponent.

This is the manager that led to Chelsea to three Premier League titles – including the first in the club’s history in the modern era.

Mourinho is the man that stopped Pep Guardiola’s Barcelona dynasty, leading Real Madrid to the 2011-12 La Liga title and defying one of the game’s most-successful teams in the process.

The Portuguese manager can boast winning a total of 25 trophies across four countries – more than his current employers Tottenham have lifted in their history.

Looking back to Mourinho’s brightest days at Chelsea, Real Madrid and Inter, it is hard to believe that his standing has fallen so much that his Spurs team squandered a 2-0 lead to be eliminated from the Europa League by lowly Dinamo Zagreb in midweek.

The weekend saw Spurs bounce back against Aston Villa with a neat 0-2 away win, but the story of their season has been their failings to progress and not the pockets of success they’ve shown here and there.

So, what has changed and what has gone wrong?

While the answer to this question is complex, the short answer is that football has evolved more quickly than Mourinho’s thinking.

The difference in the characteristics of two generations of players has been greater than Mourinho’s ability to adapt.

And opposition managers have become more innovative and their tactical thinking more malleable than a man that has to some degree stuck to what has worked for him in the past.

When Tottenham appointed Mourinho to replace Mauricio Pochettino in November 2019, it sent shockwaves through English football.

The Portuguese coach is the antithesis of his predecessor, whose expansive, free-flowing and ambitious football had led Spurs to the 2019 Champions League final.

However, the more astute Tottenham fan, and certainly the cynical observer, will point to the fact that although Pochettino led the North London club to consistent top four finishes and plenty of excitement, it had returned precisely zero pieces of silverware.

After overcoming the initial shock, Tottenham fans will have hoped that Daniel Levy’s appointment of a proven manager with winning pedigree could end their trophy drought, which spans back to 2008.

This still may happen as Spurs face Manchester City in the Carabao Cup final on April 25, but the elimination from the Europa League nullifies an avenue of potential success, while Champions League qualification looks like a step too far this season.

From a tactical perspective, Mourinho has always been a pragmatic coach and one that has started with a solid defensive footing.

All his successful teams have been miserly in relation to conceding goals, hard to break down, physical and mentally tough when put under pressure.

However, the key difference tactically between the modern day Mourinho and previous iterations of the manager at other clubs is the clear lack of a Plan B.

At other clubs, Mourinho showed tactical versatility to adapt to different scenarios and the nous to react to evolving situations on the pitch.

However, Tottenham look one-dimensional and have become relatively predictable.

Mourinho should be given credit for the new role that Harry Kane has adopted in the last 12 months.

The Spurs striker’s newfound custom of dropping deep to pick up possession and ability to release his fellow attackers through precise passing has been a wonder to behold when it has worked, with Son Heung-min the major benefactor.

Before the turn of the year, Tottenham were top of the Premier League largely down to the devastating link-up play of new creator Kane and clinical finisher Son.

But, quickly, teams began to work out Spurs’ ploy and when Kane got injured, Mourinho simply did not have an answer.

Tottenham have conceded the lion’s share of possession in the majority of games this season and even against seemingly modest opponents have struggled to show the required belief to chase a game.

The tactic of sitting deep and hitting on the counter attack only works with a solid defensive foundation and this is something Spurs have not been able to depend on consistently.

A growing trend in the modern game, exemplified with most success by the likes of Guardiola and Jurgen Klopp, has been building from the back and the belief that possession of the ball is king.

Coupled with a high pressing line when without the football and Liverpool were just about unbeatable last season.

Pochettino also used these tactics until his players started to look leggy in his final 12 months in charge.

However, even against a shaky Arsenal side in the most recent North London derby, Tottenham were happy to sit-in and try to strike on the counter attack – upon Mourinho’s instruction – rather than take the game to a team technically inferior to the visitors.

The 2-1 defeat could have been different given that Tottenham hit the post late in the piece and had a goal disallowed – but realistically, Arsenal were the better team on the day due to Spurs’ negative outlook.

This has been the biggest complaint for Tottenham fans – many of which are willing to sacrifice style for substance. But, watching your team be defensive and lose is doubly tough to take.

At his pinnacle, the Portuguese trainer always had squads of players willing to take up his challenge of being the best and individuals able to harbour criticism and critique.

Mourinho publicly criticised the likes of Eden Hazard, Pepe, Joe Cole, Ricardo Carvalho and others – only for this commentary to spur these players to prove their worth.

But, Mourinho’s outspoken nature does not resonate with everyone and in particular younger players appear to feel more ostracised, rather than motivated, by him singling them out in the media or at training.

At Manchester United, both Paul Pogba and Luke Shaw regressed as their manager displayed his unhappiness with their performances, before the Old Trafford dressing room turned against Mourinho.

With the same criticism of Tanguy Ndombele and Dele Alli in recent times at Spurs, there is a real threat that the Tottenham players will stop playing for him – if this happens, Mourinho could leave the North London club without adding to his venerable list of achievements.

Europa League draw: Manchester United and Arsenal learn their opponents
Why Harry Kane should be aiming for Premier League immortality