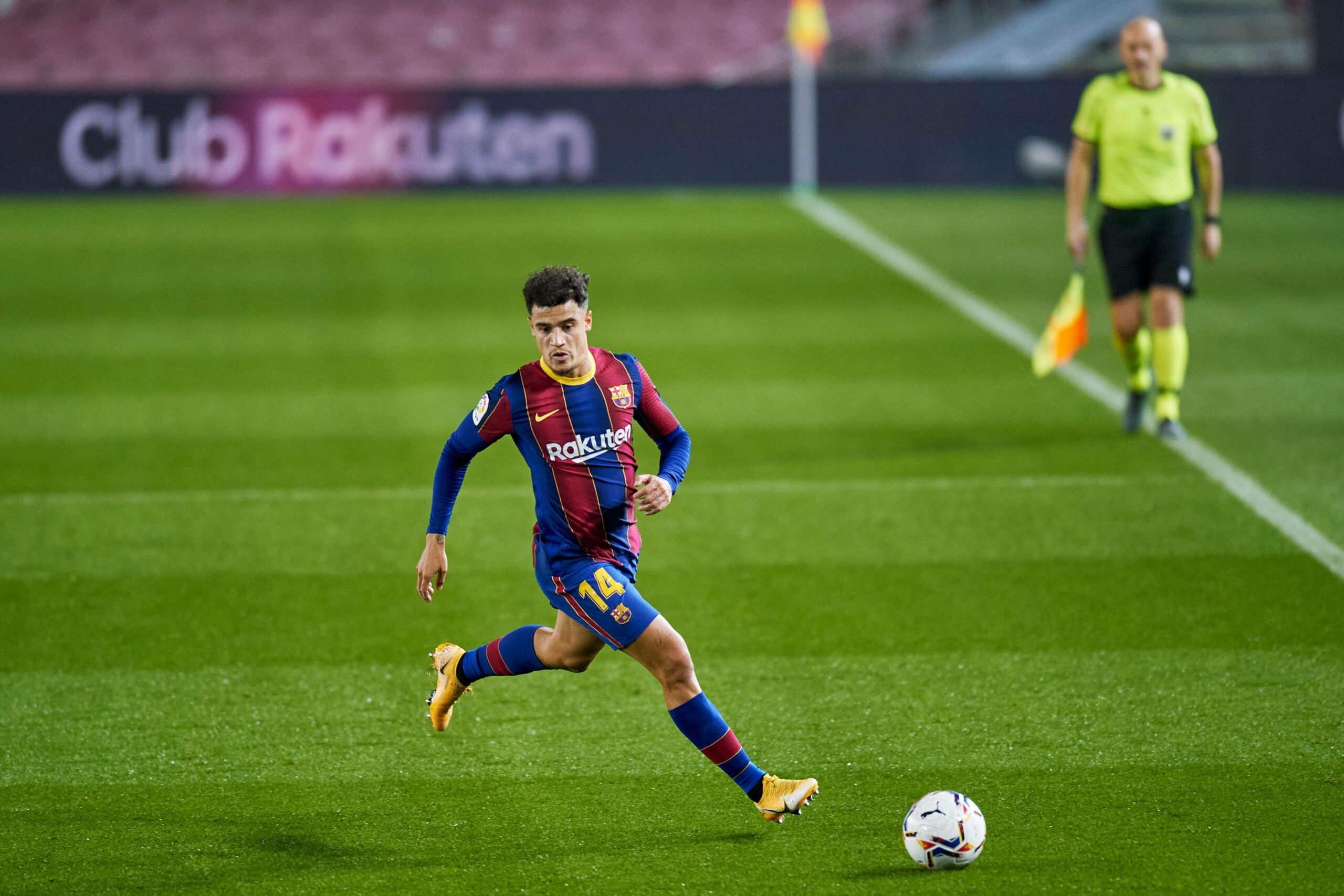 According to Sky Sports, Philippe Coutinho could leave Barcelona this summer, with the Spanish club willing to let the attacking midfielder leave.

It has been reported that Premier League clubs Arsenal and Everton are both interested in securing the 28-year-old’s signature.

The Brazilian’s current contract with Barca is set to expire in June 2023, but they are said to be open to offers.

He has clocked up 14 appearances across all competitions for Ronald Koeman’s side since returning from Bayern Munich.

The former Liverpool star suffered a serious injury while playing for Barca in the 1-1 draw with Eibar in December. He will now miss the upcoming Copa America tournament which is set to begin in June.

Coutinho joined Barcelona in January 2018 in a deal worth £142 million from Liverpool.

However, he failed to make a huge impact at Camp Nou, racking up 90 appearances across all competitions and scoring only 23 goals.

The Brazil international is an immensely talented player who made a huge name for himself while playing in the Premier League with Liverpool.

But he failed to replicate that form in Spain, with the Catalans not getting the expected performances for which they parted with such a huge sum.

Having said that, he could still be a good addition for Everton or Arsenal.