In my latest preview of Leicester City’s opponents in the 2011/2012 season, this time I turn my attentions to a London based side. Crystal Palace like Leicester are a former Premier League side; however with Palace heading in the wrong direction especially last season, can they avoid the drop this time around or can they improve on their 20th place finish and secure a sustainable accomplishment in mid-table…

Crystal Palace Preview
A season of improvement will be the main focus at Selhurst Park; a former Premier League side Crystal Palace are slowly becoming a forgotten force in the Npower Championship, after many seasons of straining battles in the bottom half of the league ladder, Palace really need to up their game in 2011/2012. With Crystal Palace legend Dougie Freedman now in charge, his inexperience may well show throughout the campaign, as this could well end up being the incorrect appointment. Freedman however has strengthened his midfield in the summer transfer window, after he felt the departure of Neil Danns to Leicester needed to be replaced; therefore he found no hesitation in snapping up Kagisho Dikgacoi on a permanent deal aswell as bringing in Australian international Mile Jedinak. The London side will have to resolve to a blend of youngsters again this season, despite having some experienced individuals Palace have many youthful players who could well make big breakthroughs. Most notably Wilfried Zaha, Nathaniel Clyne and Sean Scannell look the most promising of a group of prospects. This season is pretty huge for Dougie Freedman’s Crystal Palace side. 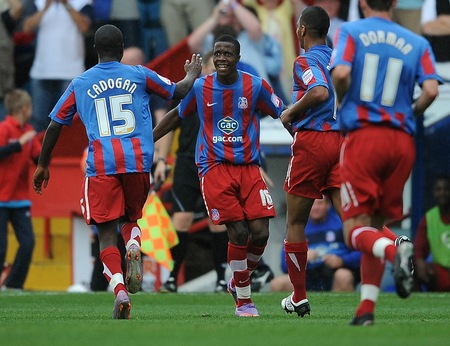 Key Players
Starting with one of the most skilled players in the Crystal Palace set up, midfielder Darren Ambrose is mostly identified by many pundits as Palace’s key player. Ambros has been a sensation in his two years at Selhurst Park, the 27 year old loves scoring some extraordinary goals aswell as assisting his team mates, Ambros also has many other attributes in his locker such as his set plays and pint point accuracy with his crossing. Moving onto the younger talents, and as mentioned above the Eagles are one of many sides with an incredible academy structure, lately it has seen players such as Nathaniel Clyne, Sean Scannell, Kieron Cadogan and Lee Hills evolve into first team starts. One name in particular which will be in the limelight this season is the skilful prodigy of Wilfried Zaha, only 18 years age the Ivorian born striker has already produced some fantastic displays for Crystal Palace, full of pace and a clinical eye for goal Championship fans should take a closer look at the youngster, because he is certainly one for the future.

Manager – Dougie Freedman
Crystal Palace legend Dougie Freedman takes charge of the Eagles, in what will be his first full season as boss. Another young manager with plenty of aspirations, Freedman needs to improve on last season’s 20th placed finish and hopefully turn Palace into a formidable outfit again. It will be a difficult task, but Freedman certainly hopes to keep a brass of young talent and a group of wealthy experienced players together, in a hope to produce a side which is capable of improving. Dougie Freedman at only 37 will have many years left in management, but it is a crucial time for him to deliver as Crystal Palace boss, as they are slowly becoming a sinking ship in the Championship.

Overall Thoughts
Crystal Palace on paper don’t look a particularly deficient side who is capable of slipping into Npower League One; however with an inexperienced manager at the helm the 11/12 campaign could turn a bit pear shaped. The Eagles will have to rely on a number of youngsters again this season, but they also need players like Ambrose, McCarthy and Speroni to carry the ship and use all their experienced knowledge to perfection. I don’t think Crystal Palace will be threatened by another relegation battle, but a lowly mid-table finish will probably occur again. Prediction – 19th