Welcome to yet another Npower Championship preview right here on footballblog.co.uk, this time around I set my focus on Reading. Reading managed to secure a play-off place last season, and by winning one of two play-off semi finals they went onto meet Swansea City at Wembley. The match was full of high drama; however Brian McDermott’s side just fell short on promotion despite an emphatic performance. After last season’s heroics can Reading mount another promotion challenge in 2011/2012…

Reading Preview
Reading last season seemed like a brand new refurbished side, as they returned to the top six after missing out on the play-offs in the 2009/2010 campaign. The Royals truimphed in the Championship play-off semi finals before meeting Swansea City at Wembley for the prestigious prize of Premiership football; however despite a resounding effort by the Royals they were unfortunately toppled by Brendan Rodger’s Swansea side. After a positive season under the guidance of Brian McDermott, Reading will be hoping that the achievements of 2010/2011 were not a one off. Reading will now have to cope with the loss of captain Matt Mills, who joined Leicester City for a fee worth £5 million, also striker Shane Long has been the subject of a big money move away from the club, with plenty of Premier League sides touting for his services Reading were forced to slap a £7 million price tag on their deadly frontman. Reading are capable of striving to success but with only two new signings being made so far, the Royals may well miss out on a place in the play-offs this time around.

Key Players
With Reading having such an emphatic season under the guidance of Brian McDermott, many players played influential roles in the teams promotion challenge. One of which has now departed to Leicester City as last season’s captain Matt Mills was snapped up by the Foxes for a fee of £5 million; however Reading had many players who performed consistently well, one of which was striker Shane Long. Long had a tremendous goalscoring campaign in 10/11 as he scored a total of 28 goals in all competitions, one of the most potent strikers throughout the top four English divisions, the Irishman was highly lethal in front of goal, with interest mounting from Championship rivals West Ham and Leicester, Long may well head to pastures new in the next couple of weeks; however chairman John Madejski will do anything in his power to keep Long at Reading this season. Meanwhile the left side of the field certainly made an impression in the 10/11 campaign, as the duo of Ian Harte and Jobi McAnuff both put in excellent performances. The experienced Ian Harte clamied a place in the Npower Championship team of the year, after his excellent performances Reading fans will be hoping that Harte can produce the magic again this season. Finally Jobi McAnuff has been handed the captaincy role by manager Brian McDermott, with his progression being a main part of Reading football club, McAnuff has been an inspriation to the younger Reading generation, full of commitment and passion the former Watford winger will play a crucial role at the Madejski Stadium this year.

Manager – Brian McDermott
Apart from the Reading faithful football fans wouldn’t have heard of Brian McDermott, before he took charge of the Royals on a full time basis in December 2009. Many people would have underestimated the appointment of McDermott; however he soon showed the home fans that he was capable of running a former Premier League side. The 50 year old was full of surprises last season, as he remarkably guided Reading into the Npower Championship play-off final. McDermott will be hoping that he can re produce the quality he showed as first team boss in 10/11, and put all his rewards from last season into this season. Hopefully McDermott can guide Reading amongst the top six for a second consecutive Championship campaign. 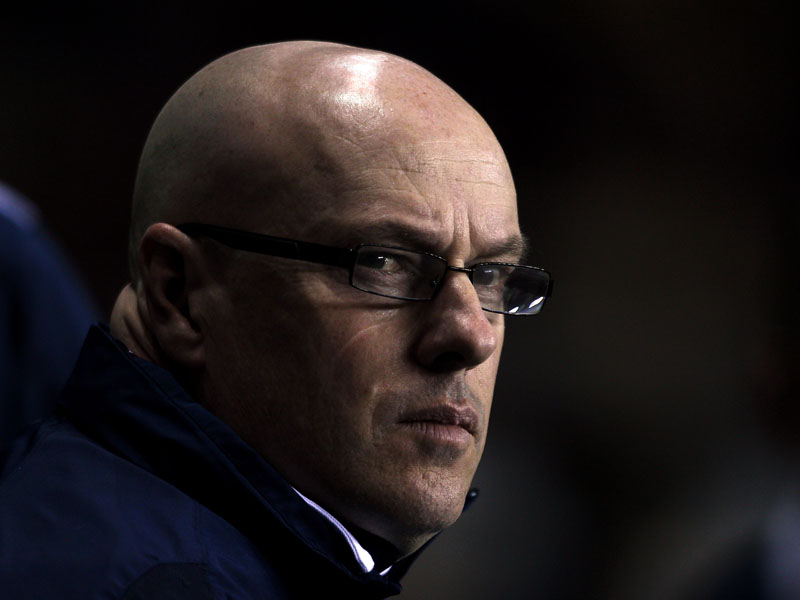 Overall Thoughts
Reading may well endeavour a play-off challenge but whether or not they will be successful in their quest is another matter, as proven Reading are capable of challenging for the top six but due to the league being so intensely exciting, as competition get’s even more competitive Reading could well fail in their pursuit of promotion. They are a very reliable squad with players who can transform the side into a more enhanced unit; keeping Shane Long though is the most important task of all, if they fail in the mission to keep the frontman at the Madejski, Reading may even stumble to a mid-table finish. Prediction – 8th