Marko Arnautovic could be in trouble for alleged racist remarks 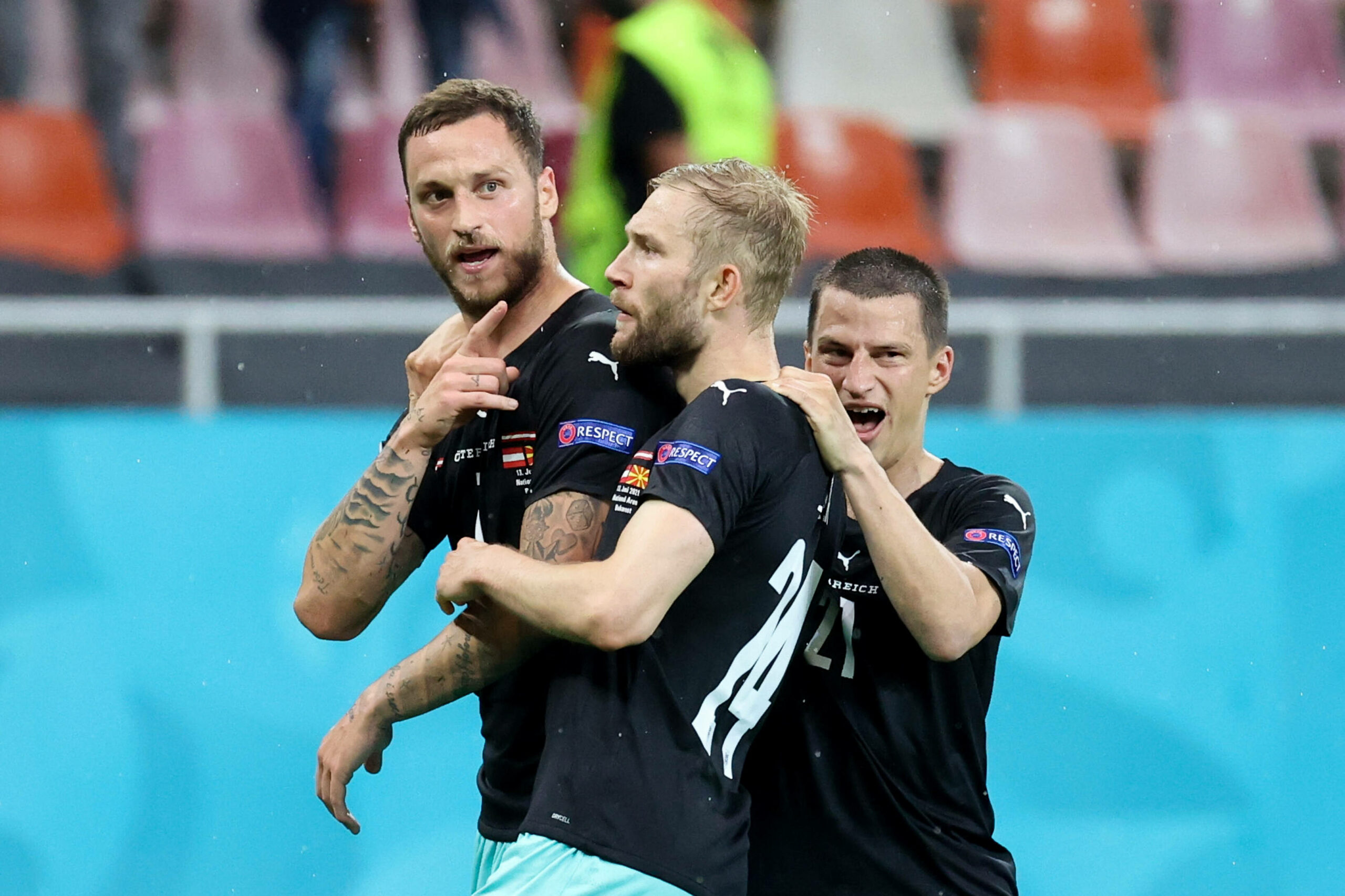 Marko Arnautovic got on the scoresheet as Austria beat North Macedonia 3-1 on Sunday, but his celebration could land him in hot water after accusations of racism were levied.

The 32-year-old gestured with his hands in the direction of Ezgjan Alioski and had to be restrained by David Alaba after aiming offensive language towards the Leeds United wide-man.

The Football Federation of Macedonia (FFM) released a Facebook statement on Monday, accusing Arnautovic of abusing Alioski and fiercely condemning his actions.

They said: “The FFM strongly condemns the nationalistic outburst of Austrian player Marko Arnautovic, after a goal scored in yesterday’s match, addressed to Ezgjan Alioski.

“At the same time, we inform you that we have submitted an official letter to Uefa demanding the harshest punishment for Arnautovic.

“We are always against nationalism, discrimination and all other forms of insults and outbursts that are not in the spirit of football and values that we all stand together.”

As per Koha, Arnautovic is alleged to have said “I’m f*****g your Albanian mother”. The forward has a Serbian father while Alioski has Albanian heritage.

There is real tension between Serbia and both Albania and North Macedonia because of Kosovo declaring their independence in 2008 – a former Serbian province whose population is now 93% Albanian.

Arnautovic apologised on Instagram, saying: “There were some heated words yesterday in the emotions of the game for which I would like to apologise, especially to my friends from North Macedonia and Albania.

“I would like to say one thing very clearly: I am not a racist. I have friends in almost every country and I stand for diversity. Everyone who knows me is aware of that.”

However, the hand gesture he made to Alioski might be troublesome too.

The 32-year-old used the ‘okay’ hand gesture with his finger and thumb touching while his three other fingers were separate.

From the outside, it looks like nothing doing, but many are unaware that the gesture has been recognised as a hate symbol used by white supremacists.

Many also won’t know that Arnautovic has been accused of racism in the past. In 2009, Sierra Leone international Ibrahim Kargbo claimed he was called the N-word by Arnautovic, but no action was ever taken due to a lack of evidence.

It’s not a good look having multiple allegations and it’s really not a good look being captured on camera making slurs towards an opponent, so the Austrian international might be in a world of trouble.

Not only could he receive a fine and ban from UEFA, the national team could send him home too.

The fact Arnautovic singled out the player he knew had Albanian heritage will not go in his favour when reviewing all the evidence, so the apology and claim that he’s “not a racist” might be ignored.

It’s sad his actions have overshadowed a big win for Austria, as it was the first time in their history that they won a group game in the European Championships – Das Team have qualified for the tournament only three times in their history and hadn’t won a game until now.

But all the headlines are on racist comments made by one of their goalscorers and it paints the national team in a negative light.

It’s good that Alaba responded by grabbing Arnautovic to tell him his actions were unacceptable, but this might end up being an historic moment for the wrong reasons.

Social media of course have discussed the story at lengths and it’s a real shame racism continues to be such an overt problem in football, but justice is likely to be served here.

Ondrej Kudela was given a 10-match ban by UEFA in April for racially abusing Glen Kamara when Slavia Prague faced Rangers in the Europa League and it meant he would miss the entire European Championships with the Czech Republic.

The incident came at club level but affected his international prospects and was upheld on appeal, so Arnautovic could be given a ban that would mean he doesn’t feature again in the tournament.

Personally, I think the 32-year-old will be incredibly lucky to stay at the Euros. Both UEFA and Austria know they need to set a precedent, so it’s difficult to keep the perpetrator in the squad if you claim to condemn such remarks. It will attract too much attention if he remains.

Arnautovic is an important player for the national team, scoring 27 goals and making 22 assists in 89 caps while having a hand in three goals from his last four international appearances, but this might be an untenable situation for Franco Foda.

Monday Briefing: Eriksen survives, England trio silence doubters, Lukaku makes statement
Tactical Analysis: Why Italy seem to be the most well-rounded side in the Euros