NFT’s: The next big thing within football? 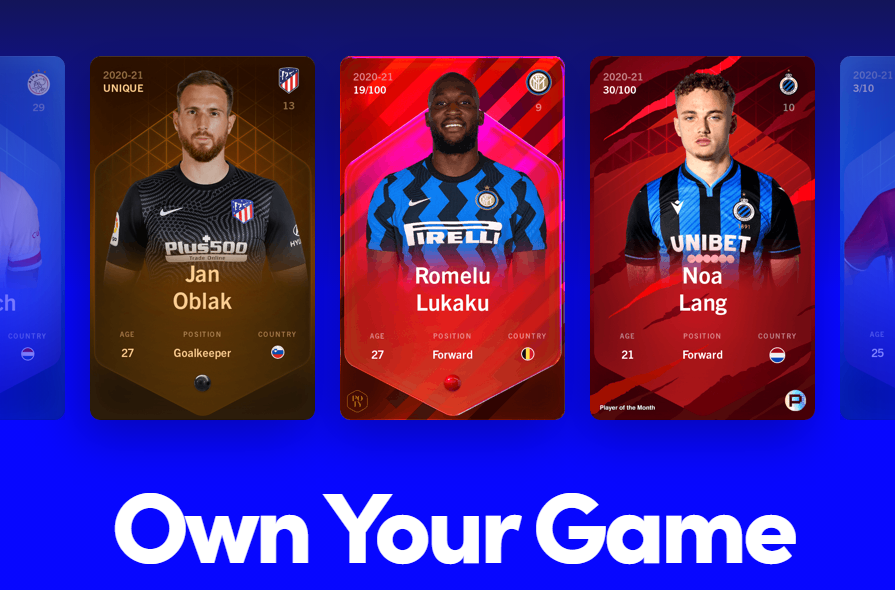 When trading cards are mentioned in the context of the world of football, many people cast their minds back to exchanging the likes of Match Attax and Panini in a school playground during their youth.

However, there are now brand new ‘cards’ in town and the only way to get them is by investing real money into players you believe are going to perform well.

These cards aren’t ones you can touch though. You may not need too many to make a small fortune, but what you will need in order to get them are NFT’s – Non-Fungible Tokens to give them their proper name.

Entirely digital, NFT’s were first created in 2015 and in terms of both hype and popularity, they have triumphed some forms of cryptocurrency.

Completely unique digital tokens, these are unable to be traded from one person to another and now, they’re creeping into the footballing world.

An NFT will get you a card, designed slightly like a FIFA Ultimate team one, but – perhaps quite clearly – an investment into a certain player doesn’t mean that you own them in any way, shape or form.

In the wider scheme of things, NFT’s can be created with any piece of digital art but, specifically with regards to football, the tokens/cards can combine to be worth more through playing a ‘souped-up’ version of the popular Fantasy Football.

If you’ve got enough NFT’s, you can use websites like sorare.com to create full squads and teams, and if a player you own an NFT for scores then you will probably win real money or even possibly more cards.

Prizes are given frequently to players and the game can even be played for free, though this is without NFT’s, and no money can be won.

Interestingly, this is becoming an increasingly more utilised way for football fans to connect to their clubs too.

Certain companies partner up with clubs – including Liverpool – to allow fans to contribute to club decisions via their owned NFT’s. The more owned, the more of a say they will have.

Each of the partner clubs is different and, to our knowledge, nothing of the sort has happened yet at Anfield.

However, Italian giants Juventus have used the method for the fans to choose their goal music at the Juventus Stadium in Turin.

Strangely enough, the ‘fans’ with their majority chose an English band’s anthem – ‘Song 2’ by Blur. Of course, with the tokens being entirely digital, it may not even be those who attend games at the ground who choose the song.

Big European clubs tend to have supporters all over the globe and, as we’ve seen in the last few weeks, money is power.

For context, current Juve player Cristiano Ronaldo is heralded amongst the best footballers in the world and possibly ever. An NFT based on him sold in March of this year for over 250,000 Euros, an eye-watering figure.

Amongst those to have partnered with an NFT related company to date are Barcelona and AC Milan, citing that it would help to keep them connected to their supporters during the ongoing coronavirus pandemic.

Nobody knows this for sure, although the hype surrounding the tokens in general and especially within the footballing world is growing day by day.

The importance of money and profit within football at the top level especially is increasing with it so, if more clubs get involved, it could continue at a frightening rate.

We’ve already seen some of the tokens purchased early on in the NFT’s lifespan appreciate in value by close to 2,000%.

There’s a definite widespread interest given how early into the ‘crypto’ world NFT’s are and excitement seemingly isn’t ready to slow down.

It’s not just in football, as there are also huge markets within the US sports like basketball and baseball, so watch this space.

European Super League: Dirty dozen should be ashamed of themselves – ESL is a sham
What ‘keep politics out of football’ really means