It’s scary to think that Spain could of filled up multiple first 11’s that could of competed in the Euros. Undoubtedly they have produced the best players in recent years and looking at their Olympic squad this trend is set to continue. Most people are favouring Spain for this tournament and in lieu of recent success its easy to see why.  Coach Luis Milla has even been allowed poach a couple of players from Spain’s Euro squad, Mata, Alba and Martinez. Both Mata and Martinez were used sparingly with the only notable contribution been Mata’s one touch one goal in the final, but both are fine players and worthy of a place in possibly any other team in the world. Mata will provide the same magic we saw during his magnificent first season at Chelsea, while Martinez who can play midfield or defense had an outstanding season with Bilbao. Alba on the other hand who just signed for Barcelona played every game of Euro 2012, his inclusion comes as a big suprise although Spain coach Del Bosque supports the call-up, I imagine Tito Vilanova won’t be too happy though.

The squad is bolstered further by a couple of Barcelona’s fringe players, Christian Tello and Martin Montoya both who we saw make their champions league debuts this season and impressing, especially Tello who scored within the first 2 minutes of coming on against Bayer Leverkusen. The promising Thiago Alacantra was also due a call up but had to withdraw due to injury. Unlike the Spanish first 11 the team will be a lot more eclectic with only 3 Barcelona and no Real Madrid players. The team is mostly comprised of the stars who helped win last years Under 21 Euro Championship so there is a consistency and chemistry with this crop of players, as well as tournament experience.

In terms of style we know what to expect from Spain, they do not deviate from the “Tika-Taka” style that has delivered so much success, they do however have an out and out striker Adrian Lopez as opposed to Del Bosques use of Fabergas in a false nine role during the Euros. Expect plenty of possession, hounding the opposition when they have the ball and composed and patient passing moves. There is an abundance of creativity in this team and they also have pace down the wings, particularly in Tello so they will likely play a bit wider than the national team also. 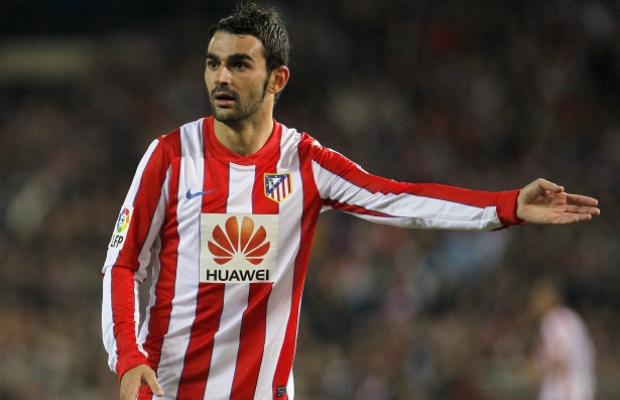 Lopez (24) went to Atletico Madrid for the measly sum of nothing, a fantastic coup by the club as he looks like one of the brightest young forwards in Europe. He has plenty of experience in La Liga with previous spells with Deportivo and Malaga but really shone this season with 19 goals for his new club in all competitions. He can play anywhere across the front but most likely will be the focal point in the Spanish attack as he was at the under 21 tournament, bagging a 5 goal tally and the golden boot. He is technically proficient and a cool finisher, he also is decent in the air a number of his goals last season came with his head. His main talent is playing on the shoulder of the last defender and using his pace and movement to break free combined with his ability to find space in the box, we could be looking at the Olympic’s top scorer.

A fantastic young talent, Bilbao’s Muniain has already amassed 91 appearances for the club at the age of 19. Manchester United fans will remember him from their Europa League clashes with Bilbao where he bagged a goal in the first tie and gave two brilliant performances. A player of real flair and skill he can play on the left wing or up front, most likely we will see him on the left side of Spain’s 3 behind Adrian Lopez. He can do real damage on the left using his brilliant dribbling and determination to best defenders, he also has an eye for a pass and the goal. He is at his best when marauding with the ball and is one of the rare talents that can pick the ball up from deep and dribble it through a teams entire midfield before picking a pass. The Spanish system allows for freedom and expression so we can expect Muniain to really shine throughout this tournament.

Its a bit unconventional to select De Gea here when there are much more exciting players, but De Gea has a rare shot stopping ability and athleticism that make him a joy to watch. He had an inconsistent and shaky start to his Manchester United career but made some outstanding saves, his save against teammate Mata’s free kick in the 3-3 thriller against Chelsea was perhaps the save of the season. He matured as the season progressed and eventually secured Manchester United’s number 1 spot. As we saw in the Euro’s, Casillias performance was integral to Spain’s success pulling off a number of saves versus Portugal and Croatia to keep them in the competition. Spain hold so much possession and have so many great outfield players its easy to forget the importance of the goalkeeper but Casillias’ calm performances are the foundation on which the rest of the team is built. There is also more pressure on the goalkeeper than anyone else, one mistake can ruin your reputation as De Gea will know, this Olympics offers De Gea an opportunity to silence his critics by showing he can be consistent under pressure.  The Olympic squad will need De Gea to emulate Casillias and be consistent, as well as spectacular saves in his first season for Manchester United,  he had some spectacular howlers. In the tight games it can often be the goalkeeper who makes the difference, if De Gea can produce his best form he will be the most important player for Spain and cast himself  as the forerunner to be Casillias long term successor.