On Monday the twelve teams that form the SPL were expected to meet at Hampden to vote on the restructuring of the league, in the hope of creating a new face for the league, and which would hopefully bring in some much needed revenue for the game. With the vote now looking likely to be scrapped, the clubs will now meet to propose new ideas for the league reform. With the clubs dragging their heels over the restructuring and only taking their own interests into account, it now looks unlikely that there will be any concrete plans in place anytime soon. 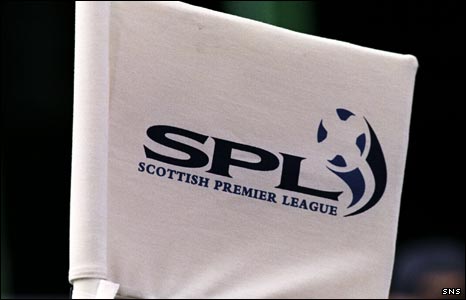 Proposals had been introduced at the last meeting between the twelve clubs, which would see the SPL revert to the old system of a ten team league. This idea was quickly kicked into touch after fans overwhelmingly voiced their disapproval for the plan. It was also reported that there would not be a unanimous agreement for the new platform, as four of the twelve club chairmen decided that this was not in the best interest of their clubs. And this now leaves Scottish football fans questioning where the game goes from here.

It is no secret that the Scottish Premier League is in need of drastic reform, and some much needed investment. In recent years that standard of the game has dropped, and has led to financial problems for almost every club in the league. Its not just clubs that have called for a change, fans have also called for a transformation to the league format, where growing frustration stems from having to play opponents at least three and four times a season, excluding cup competitions.

Among the ideas rumoured to be up for discussion are; the SPL expanding the league format from twelve to fourteen teams, the league season starting earlier in the year and the introduction of a winter break. These ideas would surely be welcome additions to a new league format. The suggestion of a sixteen team league by fans was swiftly dismissed by those in charge of the reform, a structure which was said, would not be financially beneficial to anyone in the league. With the season starting earlier, this would accommodate the proposed winter break which would hopefully ease the fixture pile up which occurs almost every year due to adverse weather conditions experienced in the country. The new ideas could also include creating a promotion and relegation system that would be similar to the one currently operating in the English Premier League and Championship. A three up, three down system, which could see the bottom two clubs relegated, the top two teams in the lower division promoted, and a one game play off between the team finishing third against the team finishing third bottom. Again, although the standard of football isn’t the greatest in the SPL, this could create some excitement at the end of the season.

Another aspect of the league which must be reviewed is the league split, which commences every season for the remaining five fixtures of the football calendar. It now looks as though a split would be a key part of a fourteen team league if the proposed idea was accepted by clubs. If a split is absolutely necessary, then it must be organised in a sensible fashion which would see the end of fixture imbalances and the yearly confusion. The current set-up is nothing short of shambolic, and lessons have to be learnt from the current system the SPL works with.

There have also been reports today that the four chairmen who opposed the idea of the ten team set up will be asked to offer their view on why they were opposed to the plan. The four in question should not be hung out to dry by the SPL for opposing the plans, instead though, challenging the other eight chairmen to publically reveal their clubs reasons for going against what fans actually want, and supporting a ten team set-up. Frankly, it is about time the fans heard from all the clubs involved about the situation the SPL now faces. Why can’t the clubs come out and explain the situation to the very people who put the money into the sport each year?

It’s not difficult to realise the SPL isn’t the most exciting league in the world, but this is the countries Premier League, and Monday’s meeting of the clubs has to yield some answers about the direction the SPL now heads in, otherwise it will crawl to a slow and sluggish death. For too long people have stood by watching this situation unravel, and the question now is, can the Scottish game be saved from extinction, or is it too late?