With Stoke’s Premier League status finally mathematically secured for next season, this Saturday’s visit of Wigan to the Britannia Stadium should provide a chance for the players to relax and play freely and for the fans in the sold out Britannia Stadium to generate a carnival atmosphere. After a season of so many very tense matches, not helped by our tendency to defend deeper than Sheikh Mansour Bin Zayed Al Nahyan’s pockets after gaining a one goal lead, it will be a wonderful thing to go to a match free from worries about our position, safe in the knowledge that a mid-table finish is secure. It’s party time for the Potters

That’s not to say that the Stoke players won’t be up for the game though. They’ll be as keen as ever to put on a good show for “the best fans in the world”, that’s a quote from Abdoulaye Faye so I wouldn’t argue with it, and leave a final happy memory of this season for the Britannia Stadium faithful. Faye will be as eager as anyone to impress once again, as he’s recently, joyfully, declared that he wishes to stay at Stoke for the rest of his career. For me, after we confirmed our survival, hearing that was the icing on the cake of a great weekend.

If you were choosing the Premier League side you’d most like to face when attempting to sew up a final home win, at the moment there are few better than Wigan. Having just two of their last fifteen, though they did put up a credible fight in their 2-1 defeat to Manchester United last night, their season, which promised so much more in its early months has well and truly run out of steam. With their players mentally, and in the case until recently of Amr Zaki, physically, already on the beach, they’ve slipped rapidly down the table and are now ahead of Stoke only on goal difference. Manager Steve Bruce has blamed an attitude that the mediocre is acceptable around the club for their dip in form having secured safety, an affliction that I am hopeful will not strike Stoke if we are to establish ourselves as a Premier League club over the next few years. 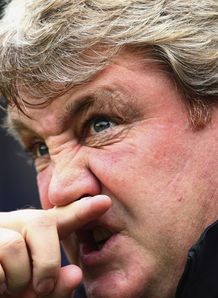 Stoke manager Tony Pulis has no new injury concerns ahead of the game, though Danny Higginbotham, Salif Diao, Amdy Faye and Mamady Sidibe are all still sidelined. This means he may chose to continue with the peculiar defensive line-up that was so effective against Hull last week, with usual centre-back Ryan Shawcross playing at right-back, Leon Cort filling his position alongside Faye at centre-back, with regular right-back Andy Wilkinson playing again in the less familiar left-back role. Alternatively, he may bring back Danny Pugh into the side at left-back, and return Shawcross and Wilkinson to their usual positions, ahead of goalkeeper Thomas Sorensen, who was outstanding for Stoke in the return fixture, a goalless draw at the JJB Stadium last November. Meanwhile, Henri Camara on loan at Stoke from Wigan is not allowed to play, while expensive flop Dave Kitson could return to the bench after his loan spell back with Reading ended with the disappointment of missing out on promotion to the Premier League via the play-offs.

Sorensen, here modelling next year’s away goaleeper top, which was released today, will continue in goal for Stoke

The Latics also have a relatively fit squad available, though regular ‘keeper Chris Kirkland may miss out with a back problem, an injury that has dogged him throughout his career, paving the way for the eccentric Ghanaian international Richard Kingson to continue in goal. South Korean midfielder Won-Hee Cho, who is still yet to make is Wigan debut after joining the club in March, will also miss out with a serious calf injury.

Going into the match, the overriding feeling for me is one of celebration of our survival, and anticipation of enjoying the final home game of the season with pressure off. With the Britannia Stadium having served us so well this season, I’m hopeful and confident we can sign off our home campaign in style. Finally, for the benefit any Stokies who have a sweet tooth or who would like to take up the opportunity to rub our survival in the face of doubters, as a gesture of apology for paying out on bets for us to be relegated after just one game of the season, Paddy Power will be handing out free ice cream before the game from the Holiday Inn car park near the ground.

Liam Lawrence v Maynor Figueroa
Buoyed by his stunning goal at Hull last week, and finally playing with the flair and confidence he did last season, right-winger Lawrence is sure to be up for Saturday’s game. If he’s going to influence it to the same extent he did at the KC Stadium though, he’ll have to get the better of Wigan’s reliable left-back Maynor Figueroa, who was plucked from obscurity to become one of their best performers this term, playing every Premier League match. 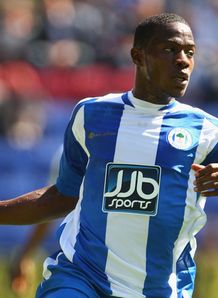 Abdoulaye Faye v Hugo Rodallega
After struggling to find his feet at first in England, Colombian striker Rodallega has begun to show why Bruce was prepared to splash out £4.5 million on him in January in recent weeks, scoring in each of Wigan’s last two matches. After shaking off Manchester United’s Nemanja Vidic to net last night, he’ll come up against far sterner opposition in Stoke’s captain, and player of the season in waiting, Faye on Saturday, with the Senegalese man mountain determined to halt his run of good scoring form. 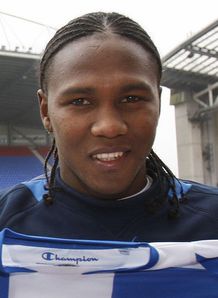 Rory Delap v Richard Kingson
Over the last few months, goalkeepers in general have started to cope better with Delap’s long throws, and if Kirkland was playing, I would be sure that this would be the case once again. Not so with Kingson. Though a talented shot-stopper, the flamboyant Ghanaian is not the most commanding of ‘keepers, and is also short for a player in his position, and Delap and Stoke could be on course for some success as a result of the oldest weapon in the armoury on Saturday. 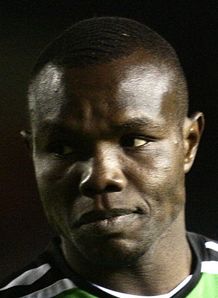 Star Man: Luis Antonio Valencia
It’s a pity that Wigan have always been a selling club, repeatedly having to offload their best and most effective players to the Premier League’s big boys. With Emile Heskey and Wilson Palacios recently having moved on to Aston Villa and Tottenham respectively, it seems that the talented Ecuadorian winger Valencia will be the next out of the door, with Manchester United reportedly sniffing around the former Villarreal man.

Wigan fans will be sorry to see one of their favourites go, the pacy and skillful Valencia having brightened the JJB Stadium over the last three years since he joined the club first on loan and then permanently from Spanish outfit Recreativo de Huelva. Though he probably won’t add many more, the 23 year old has to date made 82 league appearances for Wigan, scoring seven goals. He also has 34 Ecuador caps to his name and had found the net four times for his country.

Action from the clubs’ last meeting

Fifteen Stoke Targets For A Top Half Finish
Cardiff To Stoke: Ledley’s Yours For £6 Million; But Do We Really Want Him?